what about… Drum machines in Eurorack format? 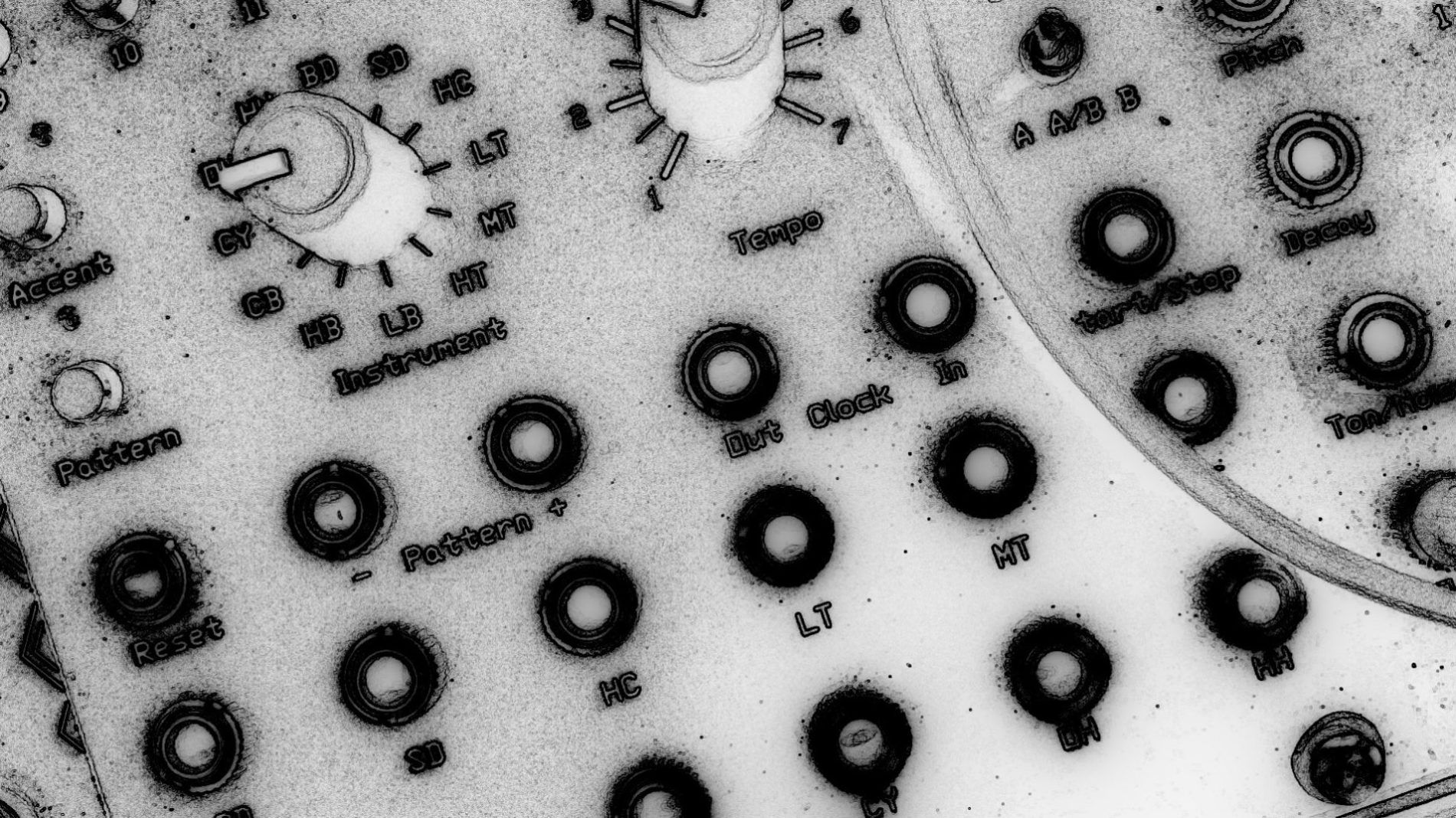 Breathing some more rhythm into the rack is not that difficult these days. Besides countless interesting single-voice drum modules, there are also complete drum kits in Eurorack format. That’s exactly what we’re looking at today – modules that can play multiple percussive voices at the same time. From adaptations of established classics, from fully analog to fully digital, everything you could wish for is here.

Let’s start with the exciting new development 6m0d6, which we could already test extensively at SUPERBOOTH21. The 6m0d6 by Tubbutec & LPZW is based on Roland’s TR 606, a much sought-after classic. However, the original offered virtually no way to edit the sounds, no individual outputs and a very basic sequencer. Tubbutec / LPZW have simply removed the sequencer altogether and offer a matching new development separately, in addition, the module has a MIDI input, super handy.

The remaining “drawbacks” of the TR 606 have all been eliminated and the sonic variety has been expanded by quite a bit. There are a total of 7 instruments, the original circuits of the 606 were recreated and modified with additional parameters – all drum sounds now have editable parameters! Finally you can change tune, tone, decay and click on the bass drum.

The TR 606 used white noise for the snare drum and a metal sound for the hihats and cymbal. With the addition of the XOR ring mod sound source, you can now choose between three sound sources for snare and hihats, as well as for cymbal! Because the white noise is generated digitally, you can now reduce it in resolution, for crunchy lo-fi sounds.

What’s even more remarkable: The 6 oscillators of the metal sound can be played via MIDI. You can turn the flexible cymbal channel into a drone or string synthesizer – time to experiment!

You get a pretty capable drum machine with the 6m0d6, with individual outs, dynamic trigger inputs and MIDI. If you’re into the sound of the TR 606, this module can get you there and much further if you want.

Now let’s move on to the Endorphin.es twins. Queen of Pentacles and Blck_Noir also offer 7 voices per module and are based on classics from Roland. The Endorpin.es modules also do without the sequencer and concentrate on sound generation, but go one step further than the 6m0d6. Because both modules offer a fully equipped effects section and a user interface that invites you to perform.

The sound generation of the Blck_Noir is loosely based on Roland’s CR-78, but trimmed for more impact. The seven voices (kick, snare, tambourine, closed and open hi-hat, cymbal and metal beat) are generated by discrete analog circuits and digital noise – for sound refinement, an effects processor is available, which sits in front of the stereo master output. There you will also find a master filter, whose cutoff frequency is equipped with the largest knob of the module – here everything is trimmed for interaction and performance.

The effects section comes with many different effects. Besides shimmer, room, spring and plate reverbs, there are of course delays, like the Ping-Pong Delay or Tape Echo. In addition, there is a bank of effects with Ring Modulator, Overdrive Compressor and a few others. Just plug in a sequencer and you have a very playable and complete instrument at your fingertips. The same goes for the evil twin of the Blck_Noir: Queen Of Pentacles.

Again, there are seven voices based on a classic from Roland – this time the TR-909, so things are a bit rougher with the Queen of Pentacles. Three voices are analog (kick, snare, clap), four are based on samples. So here you can be creative. Take a few samples from the original 909, or completely redirect to something new. Of course, an exclusive sample library comes with the unit, including a set of freshly recorded samples for modern electronic music with handmade Paiste 602 15″ and 18″ cymbals. All sample channels also feature volume envelope, decay and pitch control.

There is also the versatile effects section, including a master filter, as in Blck_Noir. Both Endorphin.es modules are made to be played live. The whole layout is focused on performing. The individual sounds are tweakable, but not too much – meaning you can go crazy while performing without the fear of “loosing” a sound in too wide parameter ranges. As said before, just add a sequencer of your choice and you have your drums fully covered for your live gig.

The next module in this series is the BouBou from Quanalog. A five-voice module, with completely analog sound generation. So far we haven’t had the pleasure of trying it out, but there are some very informative videos, of this promising module.

The BouBou makes use of a technique that has been practiced in many modular racks in recent years – using filters as sound generators for percussive sounds. Here, an additional noise source is used for the snare and hi-hat sounds.

The module is a relatively simple design, with two to three controls per voice for sound shaping and a couple of CV inputs. The kick, for example, is equipped with a simple envelope, a click generator and an overdrive circuit. And because these are filters and Quanalog wanted to leave plenty of room for experimentation, it’s possible to send an audio signal into the trigger input, turning the kick drum into a wavefolder/bit crusher that can transform a simple waveform into a complex one. Furthermore, without a trigger signal at the input, the lo-tom section can become a notch filter for the bass drum with CV control of the pitch, etc… very very interesting!

In general the sounds of this module are on the softer side, but it leaves room for experiments and Quanalog made some very nice design choices.

With the Quad Drum Voice Module by VPME we come to the last module for today. This module goes in a completely different direction and the name of the module is almost a bit of an understatement. The Quad Drum Voice is, unsurprisingly, a four-voice digital drum module. But what is not immediately clear: There are three different sound generators to choose from for each voice: Sample Player, Wavetable VCO or digital drum model. You can store more than 1000 samples on an SD card if you want, assign them to a voice, fit them into the stereo image, and process them with a 3-band EQ and compressor.

Alternatively, you can select one of the digital drum models – here digital drums are modeled, and you can adjust their characteristics to the sound you want – for example kicks, snares and hats. This is all very flexible and sounds really good. For more tonal sounds, there is also a wavetable oscillator, but it’ also meant for percussive sounds – although you could use it as a VCO with decay turned all the way up. Quite a lot of sonic flexibility and an interesting control concept that gets the maximum playability out of the given space. Furthermore, it is possible to store and recall 64 presets, which makes it ideal for a live performance.

The VPME QD is by far the most versatile module in this comparison. With its samples and algorithmic drum models and wavetable sound source it is hard to imagine a percussive sound you can’t compose on this module – but it has only four channels, compared to the 5-7 of the other modules in this comparison. The same is true for single outputs, you’ll have to live with the stereo output and the internal mixer.