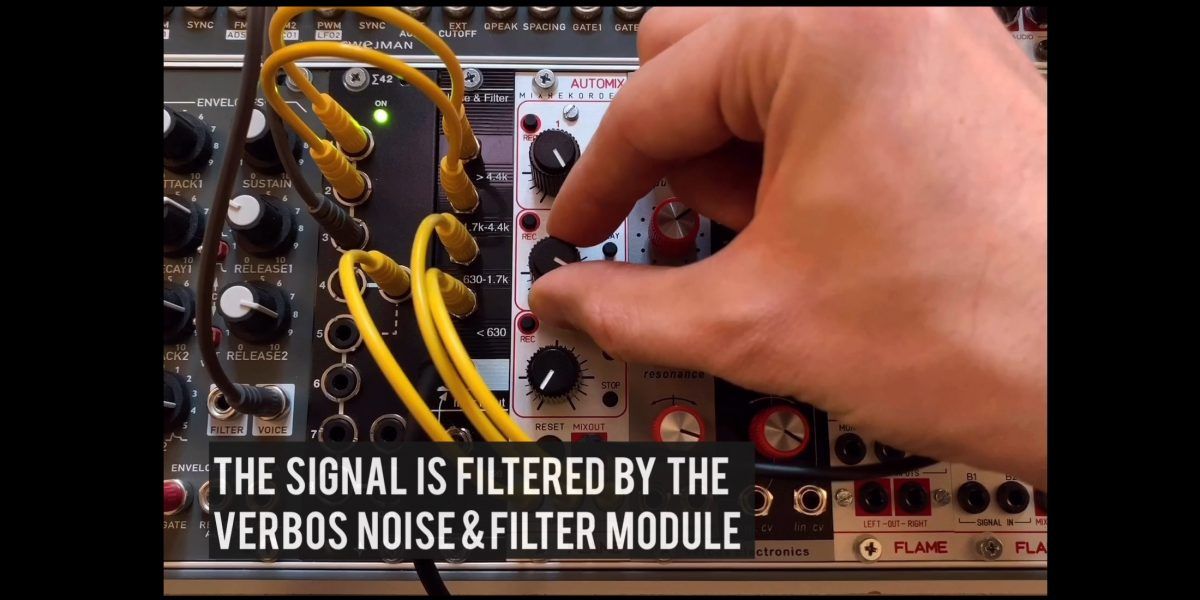 In the past weeks there have some interesting videos been released on HerrSchneiders Vimeo channel that we will have a look at today. These videos show some new designs and recently released modules. Lets start with a nice stereo synth made of the E-RM Polygogo with two Verbos Amp & Tone and a Flame FX16-CV.

The E-RM Polygogo stereo oscillator is the first digital stereo oscillator to feature the brand-new Polygonal Synthesis technique. Based on complex two-dimensional amplitude shaping of sine waves, the polygogo is a performance-oriented, high-quality instrument which allows you to explore fascinating sounds and shapes alike.

Thanks to the combination of Polygonal Synthesis, two internal modulation sources and a fully-analog overflow stage, the module is capable of generating an extremely wide array of animated spectra, ranging from lush drones, massive basses and even sounds reminiscent of acoustic instruments.

In this video we hear the sound spectrum of the polygogo through different patches. The module is always recorded in stereo using two Verbos Amplitude & Tone Controller for filtering and VCA duties, and the Flame FX16-CV module for reverb.

The Flame Automix module is a compact three-channel mixer with recording function. It allows to automate the mix level of each channel using its volume knob. Just hit the record button and move the potentiometer to record an automation! In this video, we use a drum loop coming from an external drum machine.

The AJH Synth V-Shape is two modules in one, a wave twister and a distortion / wavefolding module. Both sections of the module are fully analog, and they can be used independently or in series.

In this video, we use it in conjunction with the Doepfer A-138i Interrupting Mixer to create various combinations between the original sound and the two outputs of the V-Shape module.

The Doepfer A-138i allows several mixing configurations thanks to single outputs A and B which remove the individual signal from the sum (A) or keep it in the sum (B). In addition, the dual mix output allows to easily send the signal to two VCAs for stereo use.

At first, the Vermona Amplinuator 3 seems like a simple three channel attenuator, but it reveals to be a tone-shaping weapon by combining different stages and outputs!

The Amplinuator can attenuate, invert or amplify incoming signals by factor two. There is a summing section as well, allowing the module to work as 3-in-1 mixer.

In this video we look at the wave-shaping and saturation capabilities of the Amplinuator 3 paired with the ∑42 to change the character of a simple sine wave.