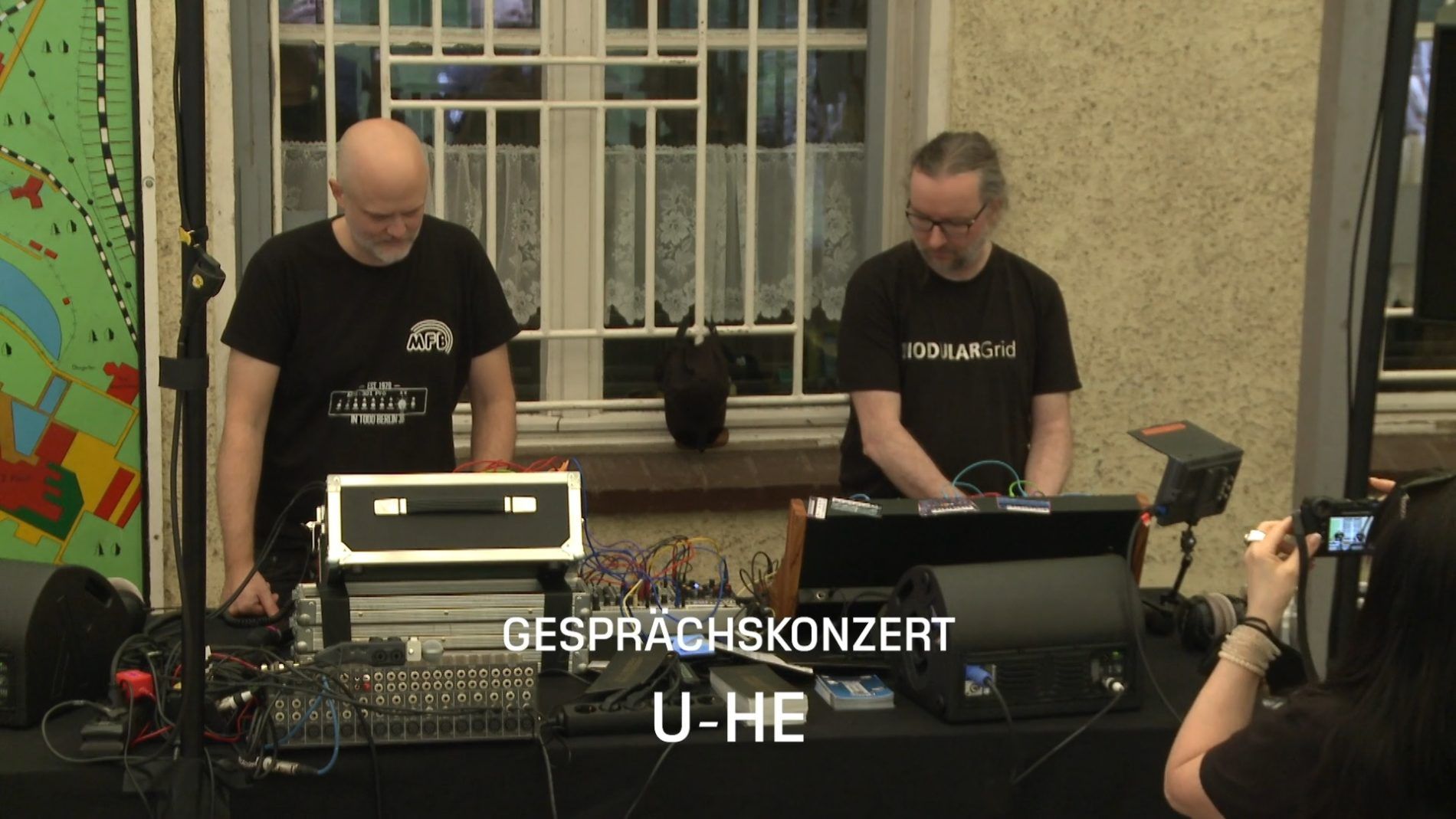 For this Gesprächskonzert Urs Heckmann, founder of Berlin based company u-he, teamed up with Sebastian Hübert for their performance and presentation at Fuchsbau during SUPERBOOTH21. The former one-man show u-he is now a tightly knit team of employees, active associates and 3rd-party contractors – with ambitious plans.

Famous for very accurate and widely appreciated software synthesizers and effects, u-he showed their first eurorack module at a previous edition of Superbooth – the CVilisation. At SUPERBOOTH21 it was time for another announcement. They took the chance to present their latest development with a Gesprächskonzert, of which you can find the video documentation below. The module is named Wiretap and it played a major role in creating rhythm during their performance.

Wiretap is a double gate extractor for v/oct signals. It will generate a gate when the voltage goes high, when it goes low, when it’s steady, when it moves, when it’s higher than the other one and when it’s lower. And you can set the gate length and get additional envelope outputs.