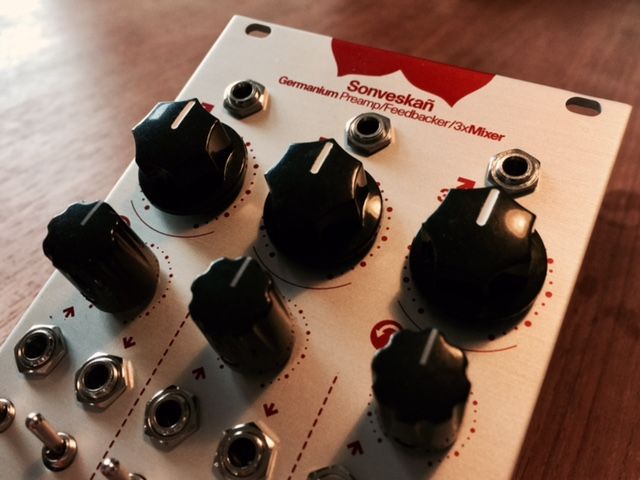 We received another batch of the incomparable TouellSkouarn Sonveskan! This is the new 2017 version which is equipped with bigger coupling capacitors than the predecessor – The result: More bass! 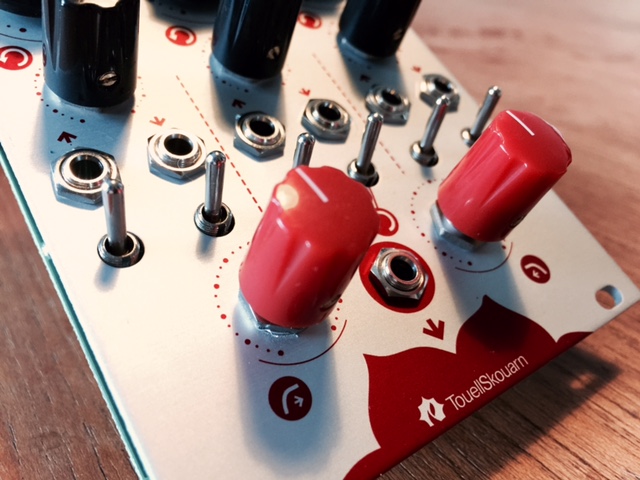 Lets follow the signal flow: There is an input level control which starts colorizing the sound pretty early at about 20% gain. This can be altered by a second gain stage adjustable only by a trim potentiometer on the circuit board. These two gain stages are wired in serial. After that the audio signal goes through a feedback circuit. The amount of feedback by controlled by the second potentiometer accessible from the front panel. The feedback intensity is variable via a CV input, individually for each channel of cause. The gain and feedback stages are followed by a mute switch and a direct output. Because of this direct out, each channel can be used as a separate preamp. If you decide not to take the signal from the direct out the three signals are combined in a mixing stage that features an equalizer with two bands – treble and bass, each with its own potentiometer. But that is not all, the final output can add even more gain and more distortion. Again, a trim potentiometer on the circuit board is used for editing the level of the final gain stage. By combining several channel strips it is possible to create very wild effects. 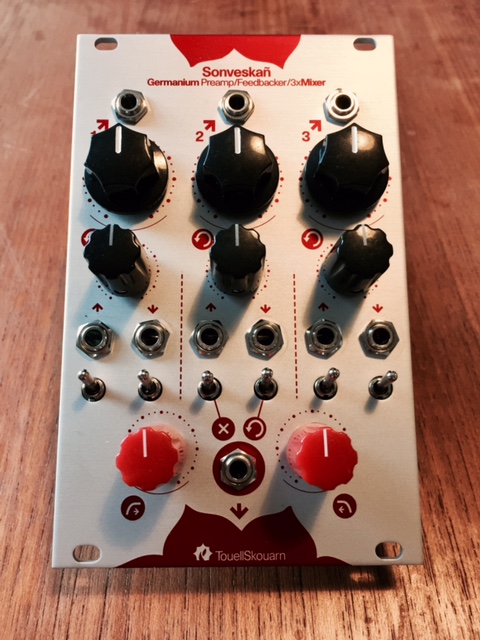 After all, this is a highly adjust-to-taste signal modifier, especially if your taste is guided by distortion and feedback. The sound is rough and fascinating, it really takes your signal and makes it his own, but without making it unrecognizable were it came from. Even though the circuit compresses the audio signal it won’t be without recognizable transients, keeping the sound alive … unless you turn gain and feedback way up – then it destroys. It does add something special and can be seen as a worthy addition to most racks.

As it is always hard to describe a sound with words, even more with a highly adjustable module like the Sonevkan, we recommend to come to SchneidersLaden or a modular event like SUPERBOOTH18 to get your own impression of this specialist for feedback and distortion.