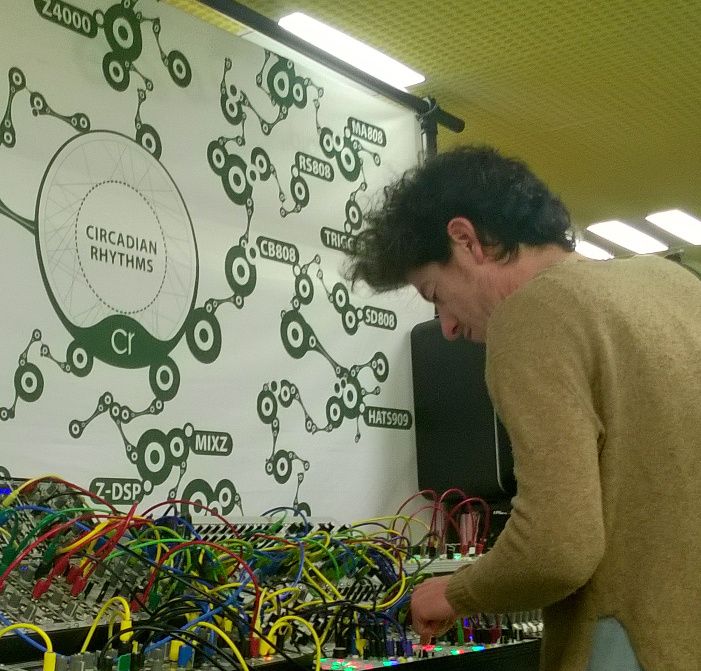 After an absolutly dope little live set from Konstantin Gervis  who presents „mostly loud and tasty„ the tiptop audio modules – we got an introduction into Tiptops „new hot stuff“. 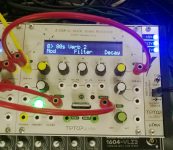 First of all the new beige version of the Z Dsp –  24 Bit VC Digital Signal Processor. While the function and the panel layout stays the same – like in the former silver version, the audio hardware was improved a lot and the quality of the components got higher  –  the headroom increased  and can take way stronger signals without clipping to fast –while the analog feedback path is 10 db less and makes it easier to use it without beeing scared of destroying your sound, and older phasing problems belong to the past as well . The module is also much slimmer and lighter as well.

It comes with two cards now– Dragonfly version 2 and Halls of Valhalla – so you ve got a topnotch echo-delay from scratch – and more cards besides the existing one are planed as well  – of course the old ones are still useable in the new version . 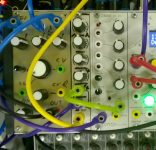 Another new beige family member will be the z4000 coming with a new panel and smoother news. It will be available in june at SchneiderLaden.

A new sample card for the ONE comes with samples from Datachi, a famous sound designer.

And also two prototypes can be seen: a steiner parker filter – called Forbidden Planet and a morphable VCA with direct output level – also very nice for distorting the sound on grungy level, but both are work in progress and will take a bit time to get in production.