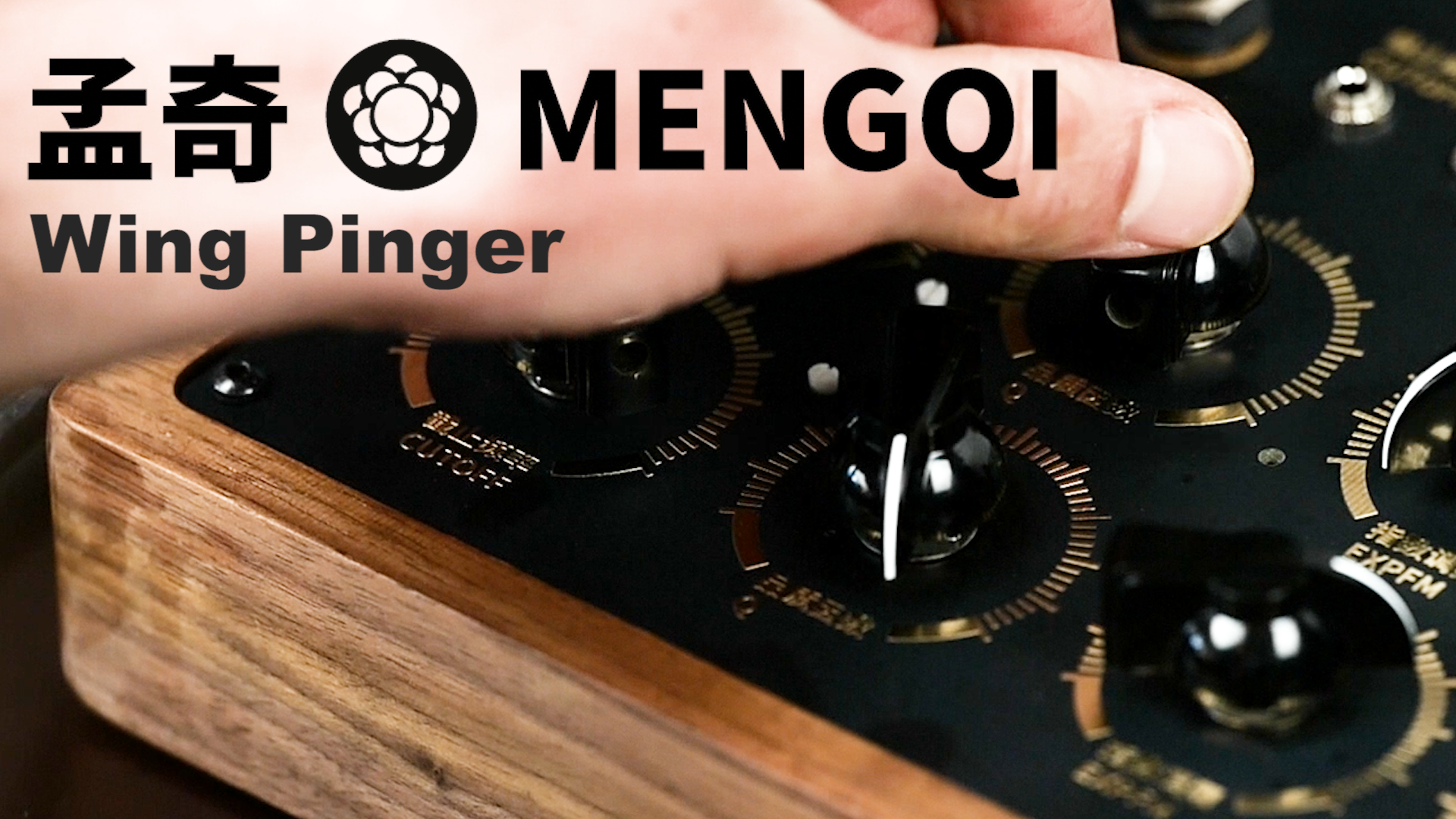 The Wing Pinger from chinese synth designer Meng Qi is an innovative instrument which combines melody and noise in perfect harmony. It can be played like a traditional instrument with its touch keyboard, or the Wing Pinger can generate musical chaos on its own!

The sound generation is based on two filters,  which are „pinged“. This requires a trigger signal and a filter that oscillates at high resonance. Especially plucked and percussive sounds can be produced with this technique.

However, it is of course also possible to use the Wing Pinger without pinging its filters and to operate them in a very classical sense. For this purpose, the Wing Pinger has inputs that can be used to integrate two mono signals or one stereo signal. In this way, the device with its many modulation possibilities could simply be used like an effect device – particularly creative if you use this option in combination with the sounds produced by the Wing Pinger itself.

The Wing Pingers keyboard(s) can also be used to play external cv/gate and midi gear.

In this video we only focus on using the Wing Pinger as a stereo filter with different sound sources.

In addition to Sacha’s video i have also selected a video done by Meng Qi himself which i found to be really nice and worth watching. Here he combines the Wing Pinger with a looping delay and his own voice.