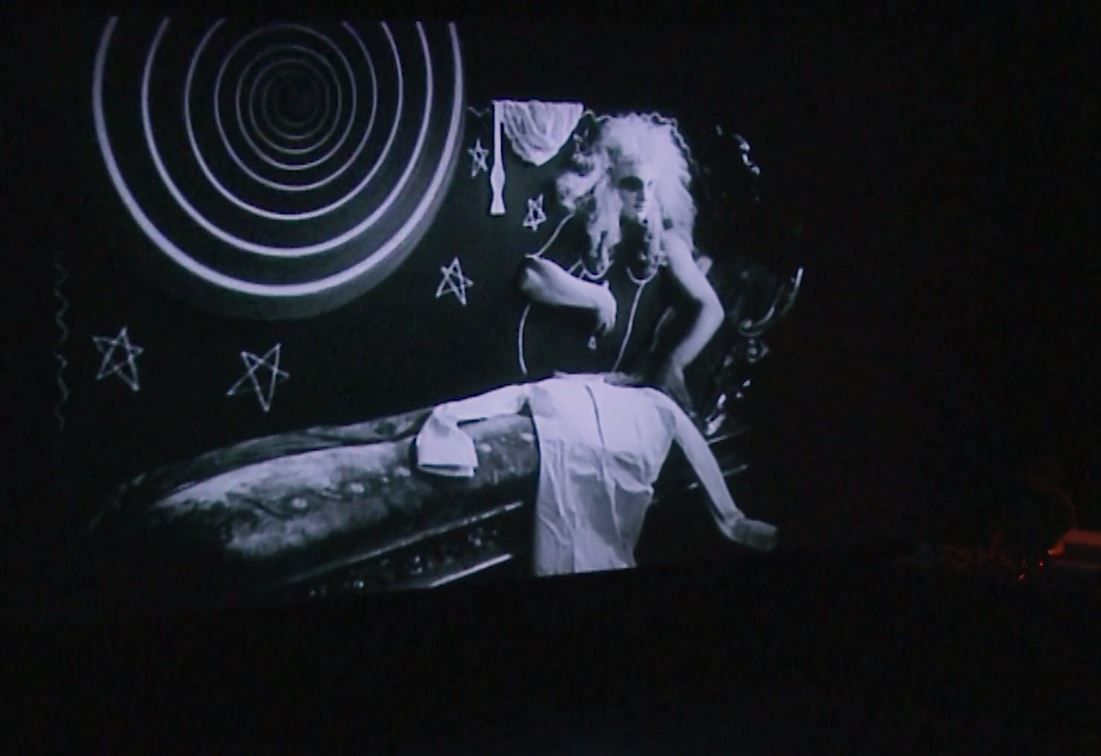 The brothers Andi and Hannes Teichmann – Live-Electronic and Processing (NOLAND) and Mathis Mayr – Cello (Ensemble Mosaik) played a live film scoring for the silent film “The blood of a dead poet” at SUPERBOOTH18 – of cause with synthesizers. The avant-garde film is a production from the year 1930 and was directed by Jean Cocteau.

Mathis Mayr, born 1972, has been a member of the Ensemble Mosaik since 2008. He studied cello with Uzi Wiesel in Sydney/Australia and at the Hochschule für Musik in Munich. Other areas of interest include experimental electronic music, historical performance practice and micro-tonal music. Andi and Hannes Teichmann as musicians, DJs, label makers and cultural activists have been an integral part of Berlin’s techno underground since the late 1990s. During this period, they have also experienced Berlin’s transition from a subcultural oasis to a global brand. But they have never been interested in the commercial aspect of club culture: The sons of a multi-instrumentalist influenced the DIY culture of the early scene with their constant search for diversity and the playful desire for improvisation and transformation. In addition to music, as project initiators and organizers with the Goethe Institute, they developed the much-noted Africa Europe projects Berlin – Nairobi BLNRB and the follow-up project TEN CITIES. Their label NOLAND, founded in 2015, bundles this path of the last 10 years from the underground to the interground.

Silent film score by Gebrüder Teichmann and Mathis Mayr – THE BLOOD OF A POET @SUPERBOOTH18 from HerrSchneider on Vimeo.

If you missed this performance at SUPERBOOTH18, you might be interested to see the upcoming concert in Berlin on 28th of June. The artists are looking forward to an extensive improvisation and interaction between acoustic and electronic sounds in the sound space of the Zwingli Church.
28.06.2018 // Kulturraum Zwingli Kirche e.V., am Rudolfplatz
Audiovisionen: Mathis Mayr + Gebrüder Teichmann Improvisationen – Cello, Oud + Live Elektronik
Einlass: 20 Uhr – Eintritt 6 / 8
More information can be found on facebook or on the homepage of the venue.
_____
SchneidersLaden presents SUPERBOOTH18