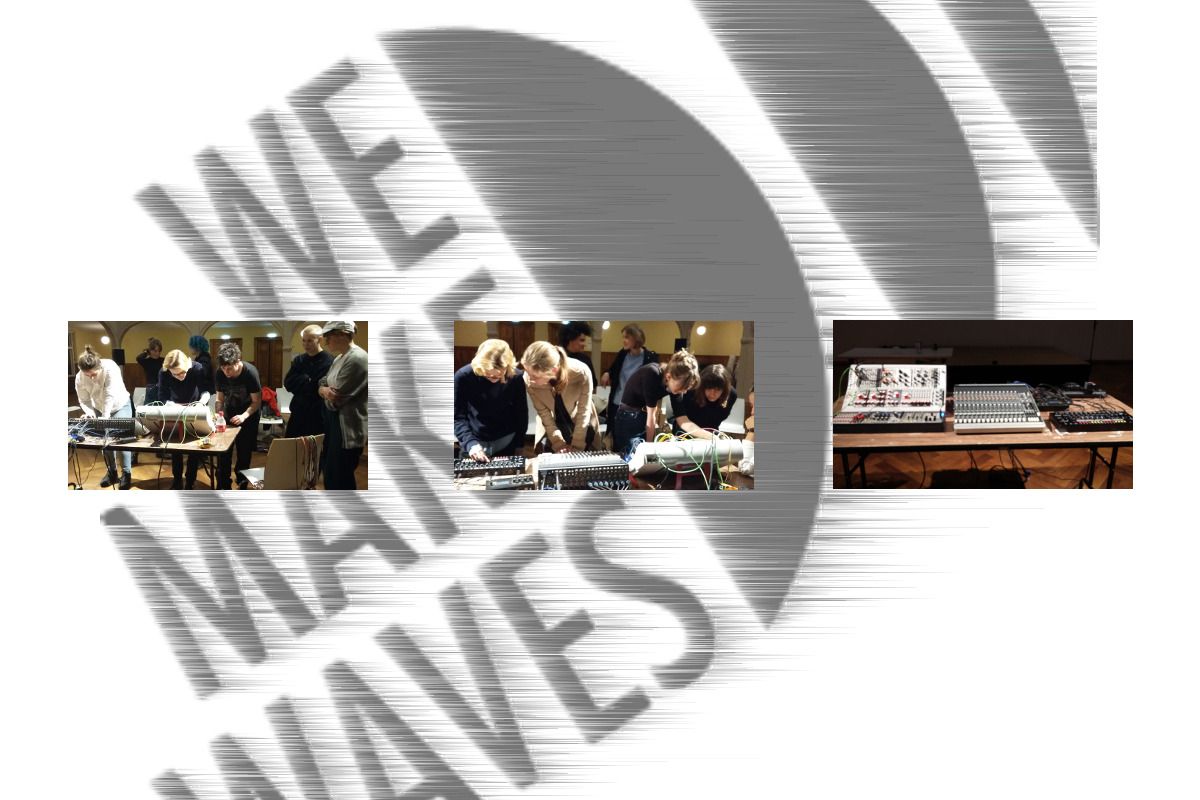 The modular synthesizer workshop at We Make Waves, Berlin-based festival and conference made for women, trans and non-binary people was very well attended and all participants were incredibly eager to learn. Many of them were long-time musicians – from singers to techno producers. They were very interested and took an active part in the workshop, so many questions were asked and answered. In the beginning Jessica and Jackie from SchneidersLaden introduced themselves and talked a bit about their passion for modular and their general background. Afterwards all participants were asked to come close to the modular to learn something about some of the core modules of the modular synthesizer. Afterwards there was an overview about the integration and connection of the synthesizer with an Acidlab Miami drum machine and a mixing desk. From there on it was all about patching. Everyone was invited to contribute to the patch and therefor was a part of the music that was created.

The workshop lasted for 2 hours – the last 30 minutes were used to hand over the modular systems and the Acidlab Miami to the participants. They were able to put down a pretty decent and surprisingly interesting acid techno jam.

The workshop was a good opportunity to bring people into contact with modular synthesizers, that otherwise maybe wouldn’t have taken the step. Therefor there will be more of these workshops, for example at SchneidersLaden showroom and SUPERBOOTH18 in the future.