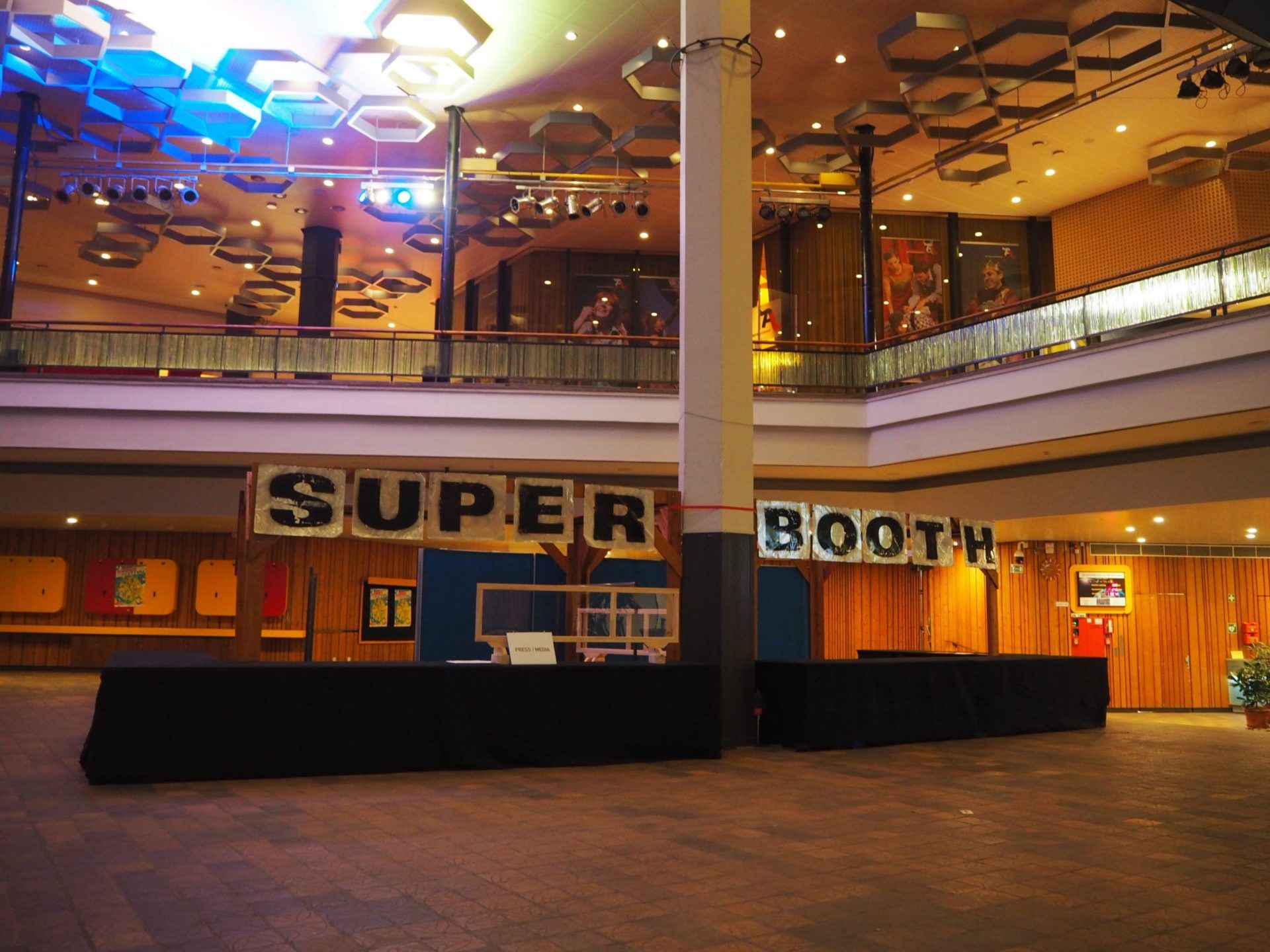 SUPERBOOTH21 starting tomorrow – this is important to know

We are all very excited about the start of SUPERBOOTH21 – tomorrow it finally starts! Holding a trade fair and festival under the given circumstances requires a little more planning and consideration for each other. To make the event as safe as currently possible, the organizers have developed a consistent hygiene concept – but it also requires responsible interaction with each other.

There will be a Covid-19 test center in front of the FEZ-Berlin where all attendees can get tested for free. Those who can be tested before departure, perhaps in the hotel or on the way, should do so in order to keep waiting times on site to a minimum.
The status check, whether someone is vaccinated, recovered or tested negative, will then be checked at the main entrance. Because this can take longer, this procedure starts at 9 am already. Because the exhibition doesn’t start until 10 am, there will be an opportunity to get a good coffee from Johanna and a chance to listen to the morning improvisation on the seaside stage by Charles Matuschewski.

And then it’s on! From 10am, depending on which ticket you’ve chosen, you can explore the indoor or outdoor exhibitors – there have been some very interesting announcements in advance. Throughout the day there will be concerts and workshops and in the evening the Talks.

HerrSchneider has summarized the ideas for the evening events in the auditorium here:

We will have some main themes and topics during the evening talks, the first one is – Education! This is where the Miller-Zillmer Foundation helps us to realize Gammons daily workshops with a full school class. In return the Foundation has been invited to celebrate their second anniversary during SUPERBOOTH21 with all their founders on Wednesday. Second day, second theme is Europe with Jean-Michel Jarre and guests. The third one is about qualities in different ways, Three-Year-Warranty does not help against electronic waste … looking back into the past, Moog, EMS, looking forward into the future with all the units of nowadays to recycle in 30 years? Gareth Jones on Stage for this. The fourth day there will be Atom TM who has arranged his life around flying forwards backwards to Chile to realize his presence as an artist on stages over in Europe. How to go ahead with this? And there will be virtual Gesprächskonzerte with guys in Belarus, Hawaii, Vietnam, China, India, Amerika and elsehwere… the vision for our tradeshow in the future?

Get your ticket now and join the party – check out the available tickets here. Or if you can’t make it to FEZ-Berlin, you can watch the official livestream at superbooth.com! 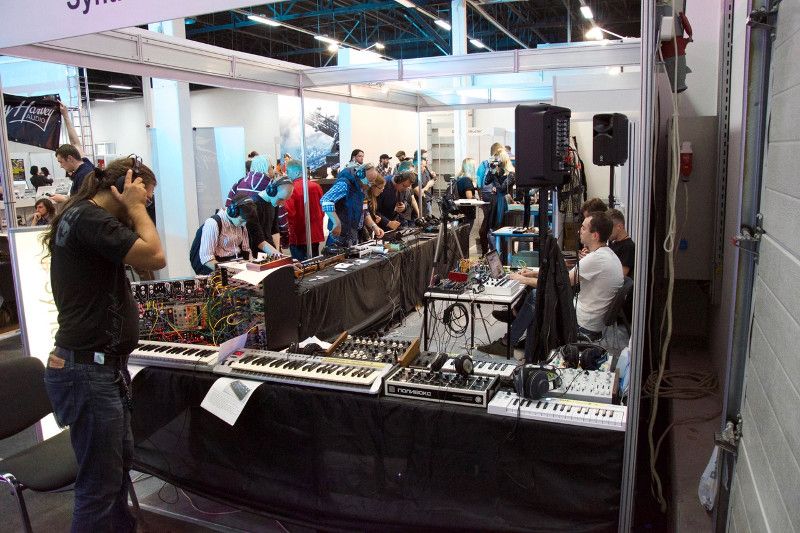 NAMM + Musikmesse Moscow is a traditional trade fair where event technology was the center of attention. It took place in a very beautiful park in the north-eastern part of Moscow, in a rather compact facility, named Sokolniki Exhibition and Convention Centre in September. The fair was spread across several different halls: a large hall full of stage technology, lighting, sound engineering, effect technology – everything for the stage and the club. Instruments were exhibited in a small selection. A “keyboard hall”, a “drum hall”, an “electronic hall”, with some stands with tabletop and modular synthesizers, a “guitar hall” and a room where concerts, performances and demonstrations took place. The other space for concerts was an open-air stage. 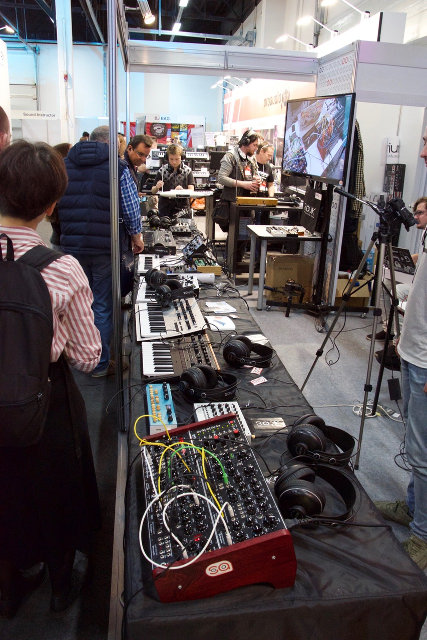 All in all there have been a lot of Russian manufacturers, especially in the guitar department. The electronics hall had everything covered that is somewhat more non-traditional. Software, DJ-equipment, cables, monitors, in-ear-monitoring and a booth with various synths. This booth presented Erica Synths, SSSR-Labs, Polyvoks, Korg, Elektron, MFB, Lyra and Dreadbox. And of cause Alex4 brought some synths to the east,

The audience was very mixed, many characters up to the age of 40, many female prospects. Many different age groups, many children and young people under 18 years of age, which looked a bit like school trips. In addition to the exhibitions, there were also various lectures by treasurers and ministries.

This event lasts 4 days, and is opened daily from 11 am to 7 pm. If you register online, it is free of charge until one day before the start of the fair. 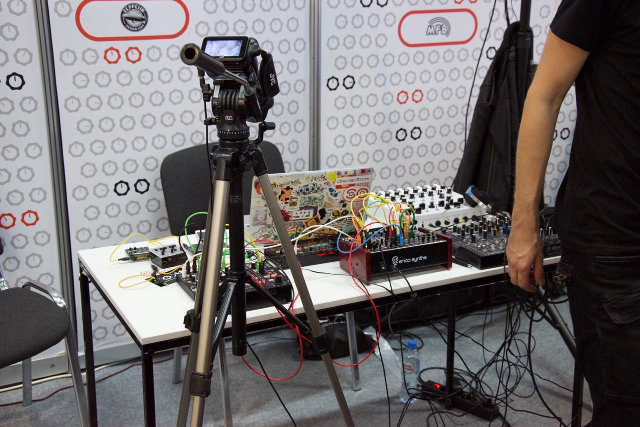