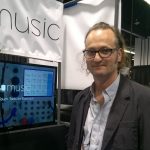 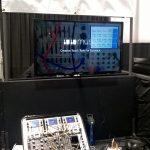 Aaron Higgins from 1010 Music showed up with two new module prototypes at Namm and also announced that there will be a new update for their BITBOX sampler coming soon – which comes up with a very usefull splicing function.

The first Module  will be the FXBOX 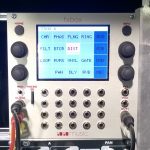 like the name says it contains up to 16 Effects , like reverb / chorus / distortion andandand  – which can be modulated  and sequenced with a stepseguencer up to 32 steps long , and really nice …. the fx can be played simultansimultaneiously. The Module should come out in march 2017 and the price will be probaply around 600$. 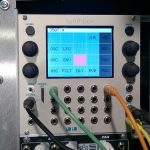 2nd Module will be the SYNTHBOX – a digitale polyphone Synthesizer – which will have on boards effects like Chorus / Reverb & Delay and of course modulation possibilties. The synthbox should come out in sommer – price wise it should be like the bitbox.