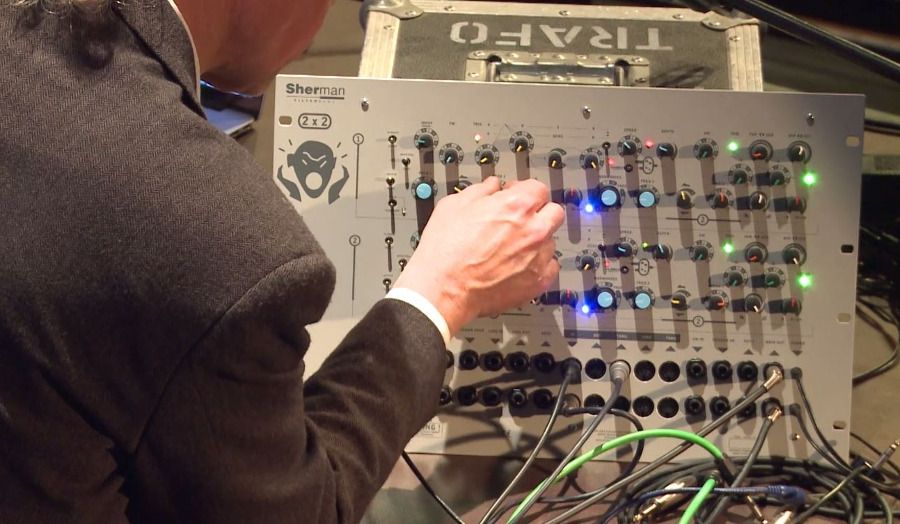 “The first Filterbanks that were marketed in 1996 were hand-built, and only 40 pieces were made. These prototypes did not have MIDI. At the same time, the designer Herman Gillis also made 9 Sherman CHAOSBANKS. After a lot of people asked for more Filterbanks and Chaosbanks, Herman decided to update the prototype model of the Filterbank with MIDI and at that time, he added even more features to the box. This is how he came to the one and only MIDI Sherman Filterbank. In 1997, about 500 Sherman Filterbanks were sold, merely in the United Kingdom (London), Belgium, Japan and the Netherlands.” – today there are several versions of the Filterbank 2 available. During this Gesprächskonzert Mr Gillis plays a Sherman Dual Filterbank 2.
His latest release is an even smaller desktop version of it called the Sherman Filterbank 2 compact available from stock in shops all over europe.

What are we doing here? 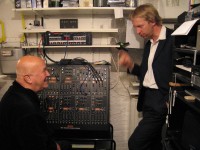 Looking back to the work of Conrad Schnitzler from nowadays perspective you see that electronic music could have been more than just entertainment, are we still busy in that? Are you?
Please have a minute for an earlier client of us borrowing synths like the Cwejman S1 like Macbeths M5 or the still prominent Sherman filterbank to record the noises they did, never reading a manual nor understanding the range of technical possibilities. His biggest work for me was the fact that he never signed any kind of a contract during all his life. So he did not have a bank account nor rented a flat legally, .. in highest respect Conrad Schnitzler was something like a superpunk (?)!
Please see a tv report on him from tv history here. .. (..thanks Wolfgang) 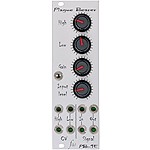 The well reputated Plague Bearer is due to come back to stock within the next 3 – 4 weeks! So all those who wait now at least know for how long they have to take the pain still!