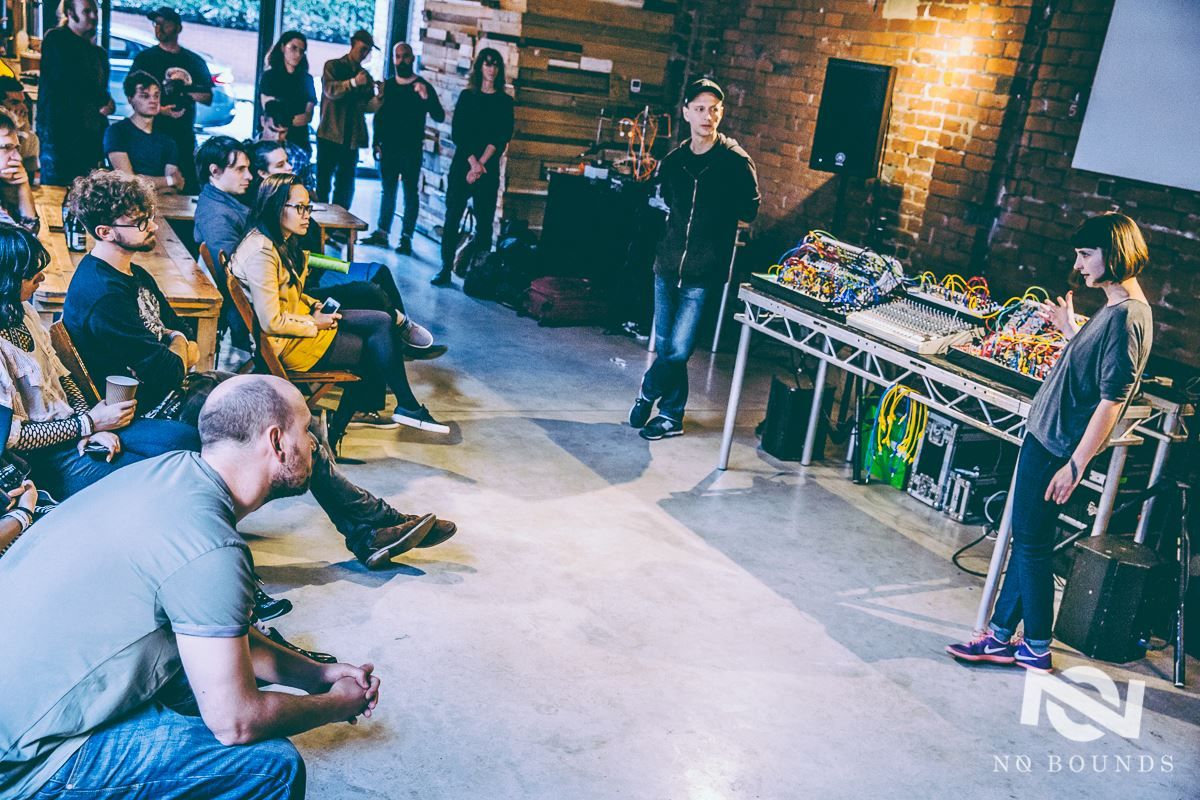 Two weeks ago No Bounds Festival took place in Sheffield and offered a three-day programme of art, music, discussion and workshops united by an experimental nature. The festival did not spare on artistic diversity and locations and was well received by the audience. It involved the Hope Works club, that can be considered as one of the best clubs in the country. No Bounds took place all across the city and gave a stage to artists from all over the world, covering several musical genres ranging from dark techno and electro to cutting-edge experimental music.

From our point of view, Saturday was particularly interesting. At 4pm Jessica Kert from SchneidersLaden and Konstantin Gervis (TipTop Audio) gave a workshop on modular synthesizers.

The workshop was very well attended – most of the participants stayed for 2.30 hrs and listened attentively to Jessicas and Konstantins presentation. The audience was very mixed and excitingly included musicians who had played at the festival and even long time customers of SchneiderLaden. Everyone was extremely hungry for knowledge, incredibly interested and extremely gracious. This also applies to the organizers, who presented themselves very professionally. Thanks you for organizing No Bounds and including the modular synth workshop!

Here are some visual impressions. Thank you to No Bounds festival for the pictures! 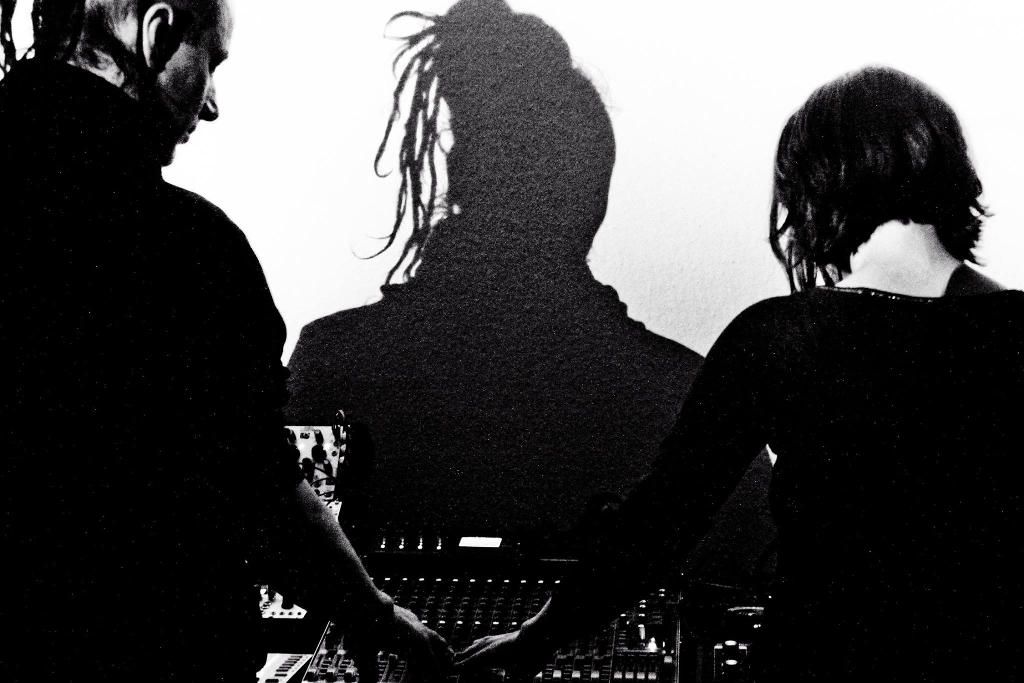 Modular workshop and performace by zv_k @ No Bounds festival /Sheffield

The No Bounds Festival takes place in Sheffield from Friday to Sunday. The festival does not spare on artistic diversity and locations. It takes place all across the city and gives a stage to artists from all over the world, covering music several musical genres ranging from dark techno and electro to cutting-edge experimental music.

From our point of view, Saturday is particularly interesting. At 4pm Jessica Kert from SchneidersLaden and Konstantin Gervis from TipTop Audio will give a workshop on modular synthesizers. The workshop will focus on performing live with modular synthesizers. The two have a lot of experience in playing live music as they are performing together since two years as zv_k, playing exclusively improvised techno live sets with the modular. The topics of the workshop will cover grounds such as – which sound sources to use and how to work with them, sequencing, mixing, real time arrangements and effects. And Jessica and Konstantin will tell you about who they are and why the modular synthesizer is such a great instrument.

After the workshop you can hear them live on stage from 8pm to 10pm at 99 Mary Street. Do not miss this!

Here is a link to the full lineup.