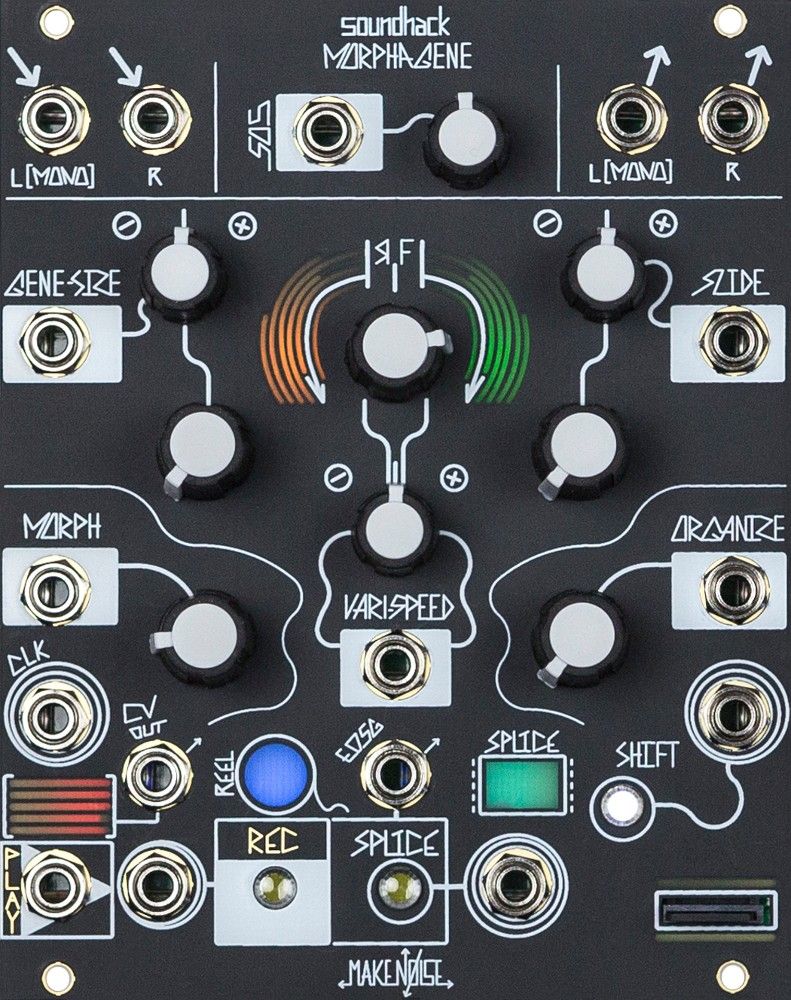 Make Noise is the modular synthesizer company by Tony Rolando. On one hand Make Noise is very succesfull in creating analog devices that are often inspired by classic westcoast modular synthesizer circuits by Buchla and Serge. On the other hand they develop cutting edge digital oscillators and sound sound processing devices. Their most recent module took a long time to develop and is more than just being the successor of their musique concrete inspired sampling device Phonogene. The Morphagene is rather a complete make over of the phonogene and expands the functionality by stereo ins and outs, higher sampling rate and longer recordings are possible to begin with. Moreover the Morphagene allows you to dive in to the world of Microsound i.e. granular synthesis. The device is available since last year and has experienced a lot of attention in the modular world. On this years Sooper Booth Walker Farrell gave an very inspiring insight in the feature set of the just announced firmware update. This not only good news for those who have the Morphagene already but it is also a good point to look into for those who are interested (without being to overwhelming in a technical sense). Let‘s jump right in and see what‘s new.

You can now have three different options how the varispeed operates.

– New bidirectional v/oct behavior. This makes it possible to the Vari-Speed to track 1 volt per octave

– Output Buffer replacement makes a siginificant change to the Time Lag Accumulation. Instead of accumulating it is now possible to use the Morphagene as a single-repeat microsound delay.

– A second option to the original allows a more pronounced windowing of Genes. In effect this results in slight fading in/out between Genes at low Gene Size settings. With smaller Genes it results in a more liquid microsound texture.

– One of the new options is a Momentary Play input. This will cause the Morphagene to start playing immediately upon gate high, and stop immediately on gate low.

– The other new option is a Trigger Loop Mode in which the Morphagene will continue playing at all times.

– Option one is to make Clock input Shift Genes regardless of Morph setting.

– Instead of outputting the the followed envelope it is possible to make the CV Out to output a Ramp wave that is timed to the current Gene Size. 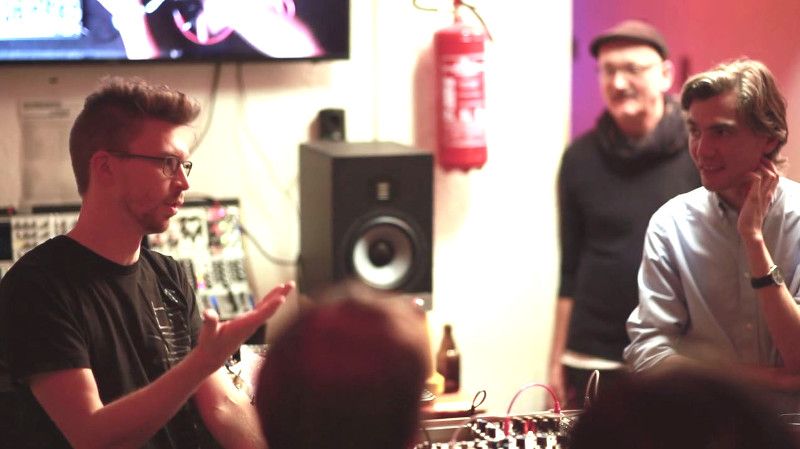 Make Noise workshop in full feature-length! Grab some sweets or a beer and make yourself comfortable to watch the next workshop video from Schneidersladen.

Walker Farrell of Make Noise held a workshop on the Shared System, new products and the company in general. This workshop at Schneidersladen showroom gained a lot of interest as Make Noise is one of the earlier and most widespread eurorack manufactures. Inspired mostly by what is called the westcoast philosophy of synthesis Make Noise developed the iconic Maths module that can be considered as one of the most important modules of the recent years. And they never disappoint when releasing something new, one of the latest developments – the O-Coast is a great success and motivated Make Noise to release some of the functions of the O-Coast as single modules – the Contour and Dynamix that can also be heard and seen in this video too. Walker is a long term employee at Make Noise and really knows what he is talking about. He gave a detailed rundown on the long awaited new Morphagene and its sonic capabilities, answered upcoming questions and explained everything he was talking about by patching examples live. We would like to thank Walker and Make Noise for this very detailed and competent workshop, sharing interesting stories about the company and their modules and answering all the questions that came up. And we are happy to welcome Make Noise on board for SUPERBOOTH18 in May. 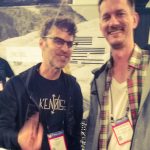 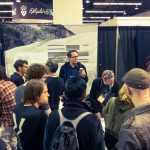 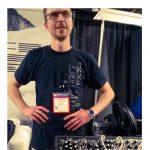 The Morphagene is a Stereo Sampler  to process in & outside your modular but also manipultes and mangles the sounds like a freaky Tapemachine – its made again by the well known Tom Erbe from Soundhack.

It features a SD card slot and Stereo I/O and operates with Reels /Splices & Genes – while a Reel can have 87 seconds of sound it can store up to 99 Splices which can be  87 seconds long too. Genes uses microseconds to do a granular processing – a real powerhorse. Estimated delivery will be in March and the price should be 529$ !