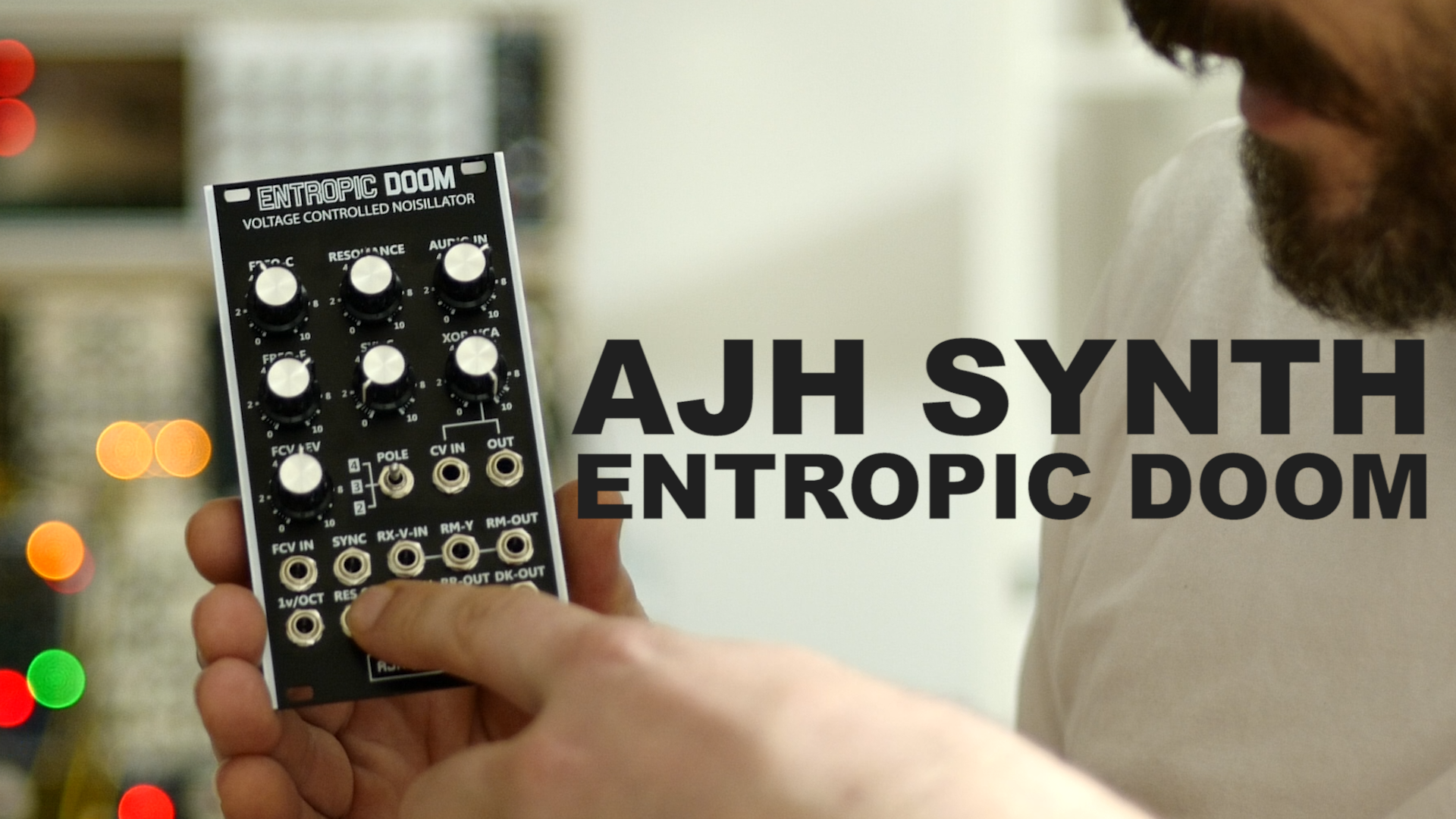 A look at the AJH – ENTROPIC DOOM

Entropic Doom is designed to deliver everything from plain to pitched noise and is even capable of processing external audio signals. The way rhythmical structures melt with the internal audio path using the audio in knob in the upper right corner is simply beautiful and reminds you sometimes of side chain compression effects. The noise generation is all analogue, but unlike most everywhere else in the synths wolrd build around a c-mos logic chip and provides syncabilty so the noise bursts may track an oscillators frequency. The resonant 2/3/4 – pole filter tracks 1volt/octave, has an extra frequency cv input with attenuator and allows for voltage control over resonance and sounds good enough to see this module as a very special low pass filter even. 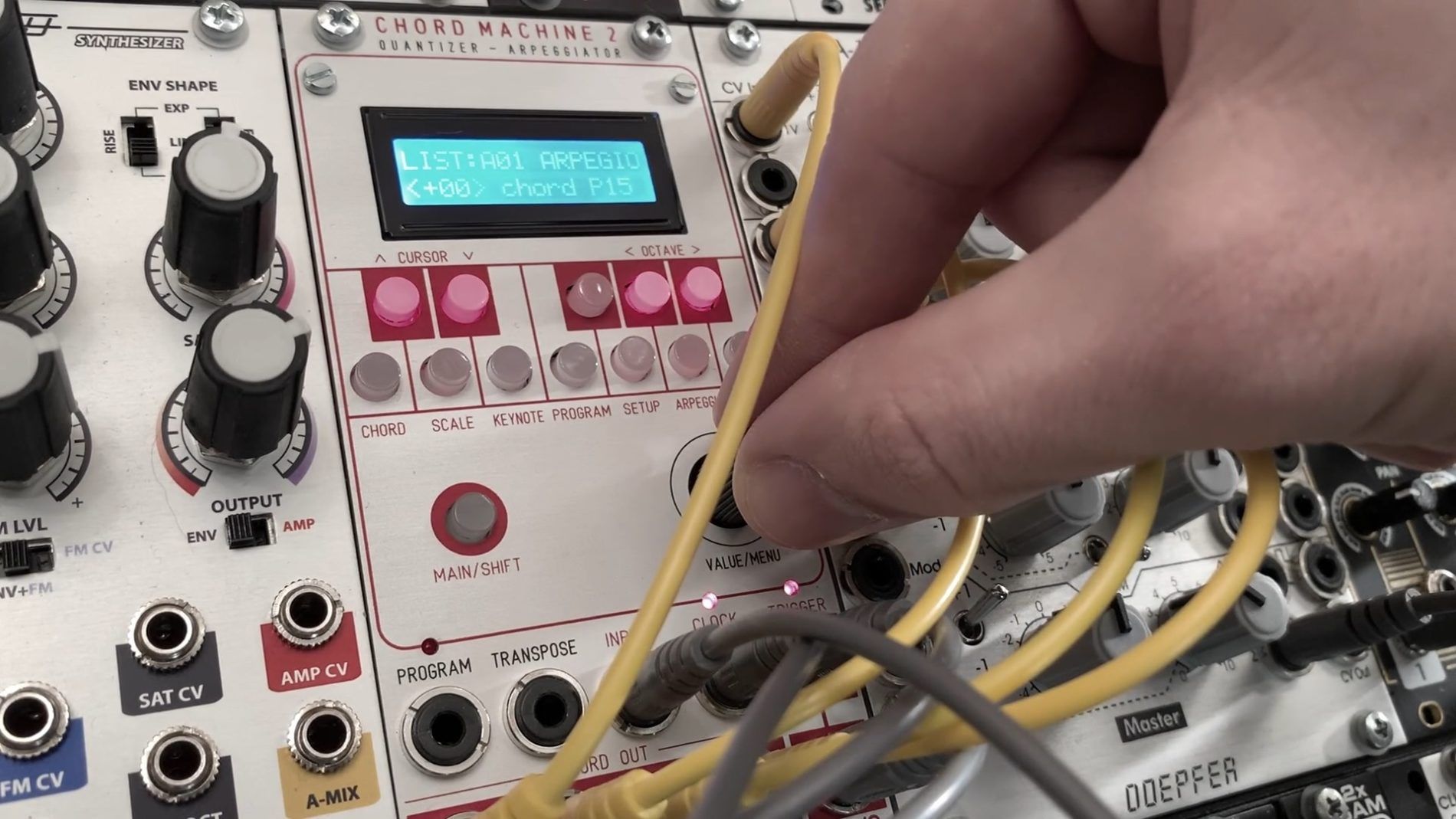 Flame’s Chord Machine 2 comes equipped with a chord generator, an arpeggiator and a quantizer. The module generates tuned CV signals for up to five voices. You even don’t necessarily need an incoming CV to generate these output signals. You define a chord and an arpeggio based on internal note and tuning settings, these settings can be saved in lists that function as song lists or chord progressions, depending on how you use them. The arpeggiator output can alternatively be used as a very flexible quantizer. For a quantizer and chord generator module of this size it has a lot to offer. All in all, the module is very powerful, which also makes it complex – but it is worth taking the time exploring it!

The voices generated by the Chord Machine 2 can be spread over a range of eight octaves. 42 presets plus 16 user chords with up to four voices are available for musical experiments. Additionally, it is possible to choose between first, second and third inversion. All in all, musicians get access to 232 chords, which are playable within 54 preset and 15 user scales. Transpositions can be done via a CV input. The arpeggiator can run in several directions. The octave range is variable as well. Program and arpeggiator parameters are not only editable by hand, but can be modulated via a CV input as well. For synchronizing the module to other equipment, there is a clock input.

In this video we go through some of the settings that can be made. The module has more to offer, but the video should give a good idea about what to expect from the Chord Machine 2. 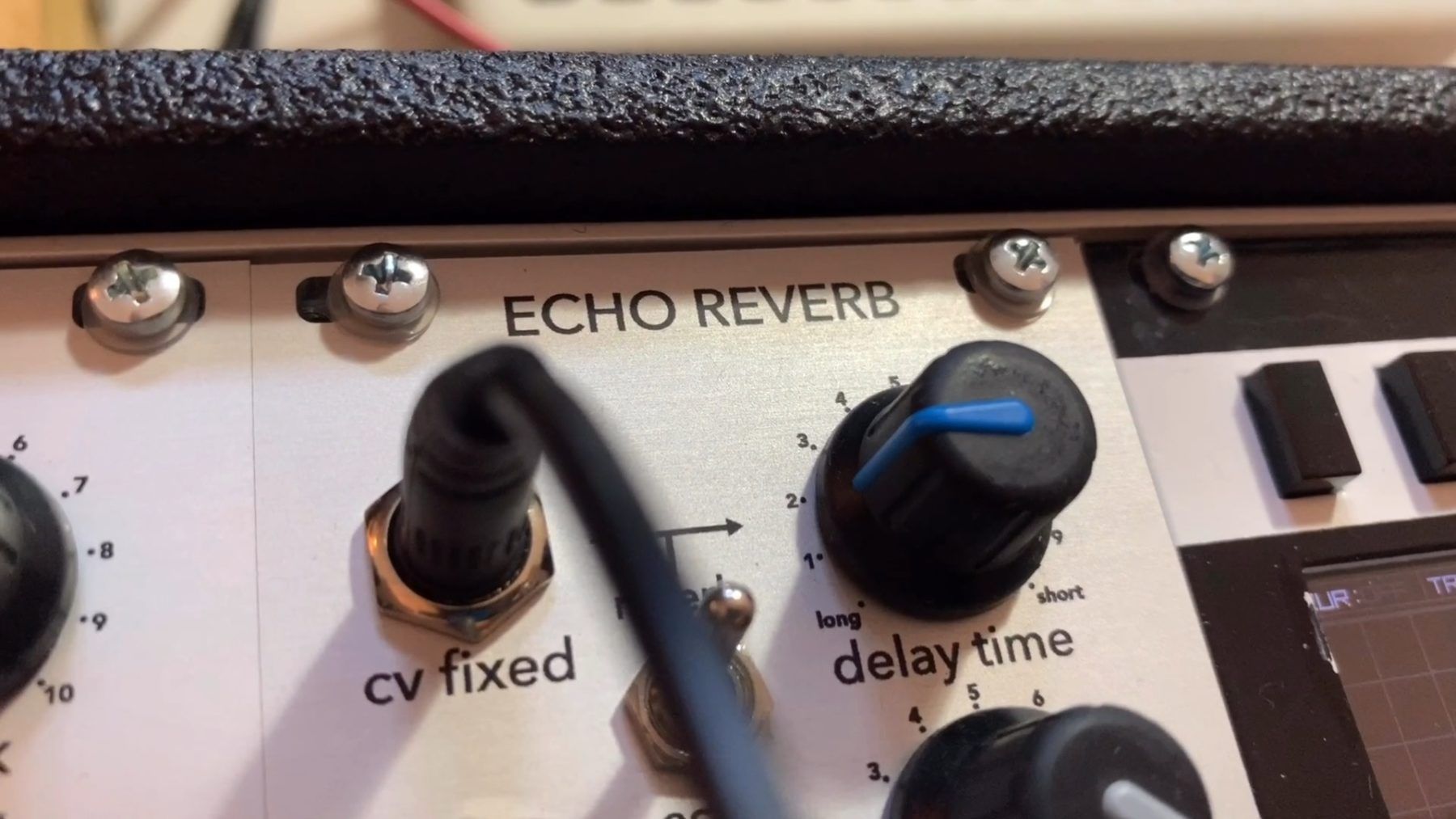 A look at the new Analogue Systems RS-650 Echo Reverb

Here we have a new module by Analogue Systems. With a long history of building analog and digital delay, reverb and chorus effects Analogue Systems now created a module that blends easily between echo and reverb sounds – the RS-650 is now available!

RS-650 is an echo/reverb module based on the two Analogue Systems classics RS-310 and RS-440 – it can be used as a delay or reverb, with delay times from 70 mb to 200 ms and 2.5 ms to 150 ms in reverb mode. The circuit is based on a bucket brigade device with six parallel delay tabs with different levels and delay times. The summation of the six tabs creates the dense reverb. Due to the traditional design of the circuit, the clock frequency in the delay is audible in the output signal. Therefore it is recommended to use a lowpass filter after the RS-650 to reduce the clock noise.

All in all the RS 650 brings a great vintage bucket brigade sound to the table. If you want it to, the RS 650 can strongly color the sound that you feed it with, here is a video to give you an idea about its sound.

Written on 7. February 2020. Posted in Workshop at Schneidersladen.

On November 28th 2019 Ableton and SchneidersLaden presented a workshop about integrating modular synthesizers with Ableton CV Tools. Abletons Matt Jackson and Skinnerbox came explain how CV Tools works and how it can expand the possibilities of your studio. Enjoy the recording of this workshop!

Find the next workshop dates here!

Unstoppable, lilac-colored Roman Filipov aka Sputnik Modular has a number of new stuff – he hasn’t yet decided which will go into production first. 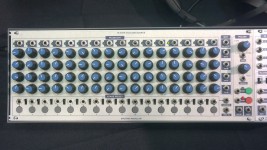 The 16-step voltage source is like the small 5-step but way bigger. 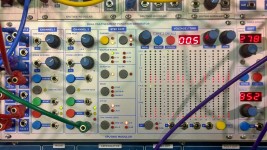 The Sequential Filter design resembles an existing 200e Buchla module. It comprises of three identical filters which feature frequency, resonance and level control. The eight-step sequencer saves all three parameters into one sequence and eight sequences can be stored. Proceed from step to step and from sequence to sequence with clocks. Look at one self-oscillating filter as a sine oscillator with VCA – the module can be used as a triple synth voice with sequencer as well!

The Dual Envelope & Gate combines the envelope and lopass gate functions of other Sputnik modules to one compact module.

Our friends Dieter and Sibylle again showed up again with two huge systems and a couple of small ones, displaying as well all their recent modules as new units and prototypes. 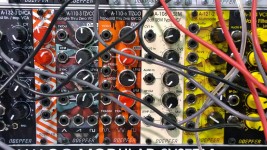 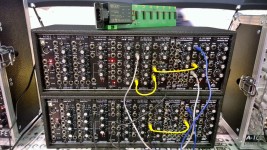 The most classic synth A-100 modules needed for creating an “old-fashioned” synth will be available in a vintage edition, sporting nicely black anodized faceplates, white legending and custom-made knobs. Price difference to standard version depends on the amount of knobs used for the module.

On top of the black cases you can see the new, universal, Miniature Power Supply with IEC mains socket. 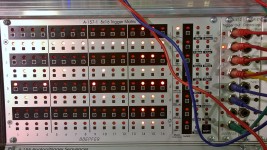 The final pre-production version of the A-157 sub system was shown – a complex trigger sequencer with 8 rows, each with plenty of options like direction, first/last step, step inversion and mirroring. The expanders are included and can be mounted where you prefer them to be.

Eventually we managed to check out the DATA module by Mordax in person and it is a really impressive tool with four channels; easy to use with several buttons and a pretty big display. 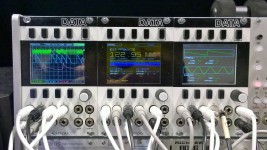 Besides visualization and metering functions (oscilloscope, spectrum analyzer, spectrograph, tuner and voltage monitor) it might as well be used as a generator! Use it either as LFOs/VCOs or as a 4-channel clock generator with plenty division settings, swing and voltage control over parameters.

Release date is late may and the price 385 USD.

Sunday, 16th, 8pm:
Francesco Donadello improvising on his modular synth at Gallina Winebar, Puecklerstr. 20, to whom it may concern..
have a nice weekend!

Dieter Doepfer announced a sequencer unit in the same size as the brilliant little modular synth called dark energy. The Dark Time will not be available before early summer as doepfer just let us know. The price could be the same as for a dark energy and everything else is still under construction.