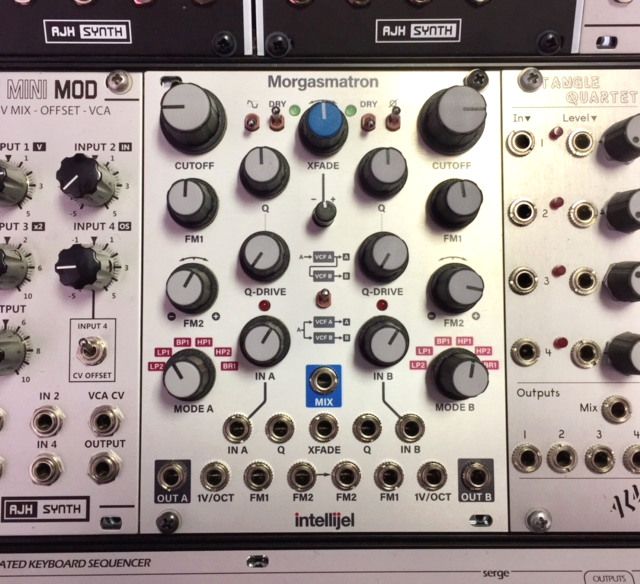 Strymon presented the final version of their first Eurorack module at the NAMM show 2018, a tape delay and spring reverb emulation called Magneto. The effects unit shines with clean, high-resolution sound. In addition, it is extremely flexible. At the input stage, signals can be adjusted in volume. High levels lead to crisp distortion. For determining the quality of the virtual tape, there are three parameters. Tape Age sets the bandwidth of the echo effects generated. Crinkle can add a good amount of crackles and dirt. Wow & Flutter introduces fluctuations to the tape run. With this knob set completely clockwise, the module produces sound effects similar to a chorus. Additionally, there is a low cut filter.

The tape speed can be adjusted via a big, very handy knob. True to analog delay units, the control element is capable of introducing very cool, highly energetic pitch effects. Furthermore, there are a clock input and a tap function. Up to four playback heads pick up signals recorded on the virtual tape. They can be leveled independently. In addition, users can decide which tape head signal(s) are fed to the feedback path. A potentiometer determines the feedback strength. High values make the Magneto self-oscillate, meaning the module is usable as an oscillator or a drone generator. – Did I mention there is a 1v / octave CV input and a quantize function? 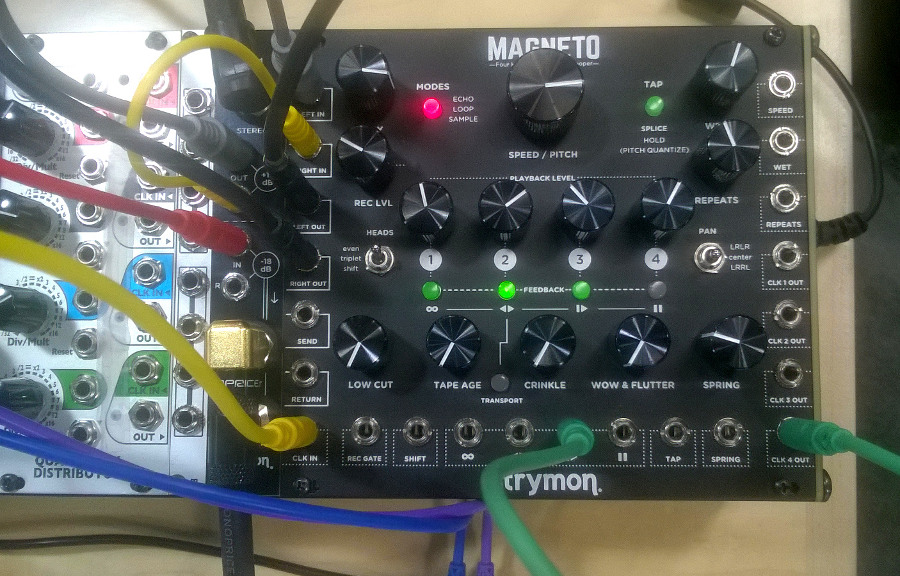 The playback heads can be used in one of three panorama configurations: LRLR, center or LRRL. On top of that, there are three timing options to choose from: Even, triplet and shift. While the first two modes are self-explanatory, the shift setting deserves a little extra attention. As the name suggests, it transposes each tap individually. In result, you get very rich, kind of surreal echos. A transport section can be used to start and stop the virtual tape. Again, the module will produce pitch effects similar to the sound of analog devices. The transport section also comes in handy while using the Magneto in looper or phrase sampler mode. – Yes, all this is possible as well. The spring reverb emulation doesn’t rattle like the real deal. However, its metallic sound character is very atmospheric. By the way, Magneto is a true-stereo module, meaning it features two audio inputs and outputs. Via a jumper, it can be transformed into a mono delay and a mono reverb. Last but not least, it should be mentioned that lots of parameters are voltage controllable plus there is a clock output per tap.

Magneto will be available in February 2018.