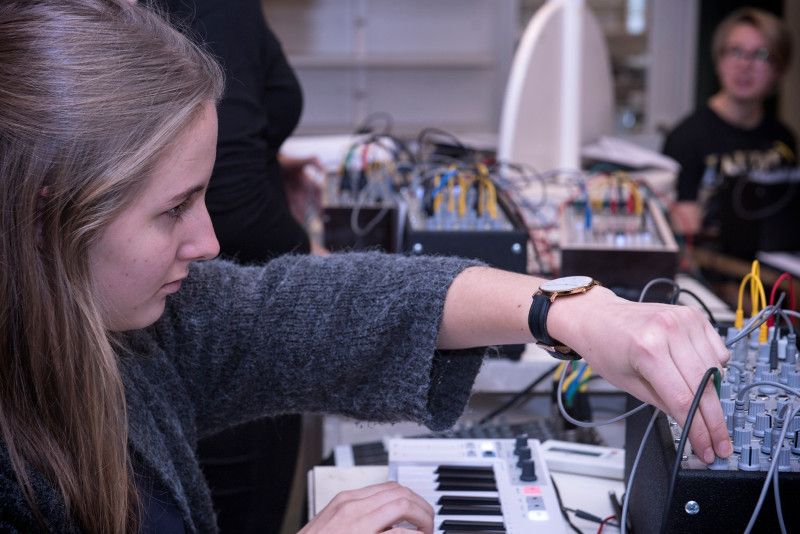 Gammon and the Modular Synthesizer Ensemble at Bludenz

(All pictures by BARBARA WINKLER)

Our dear friend Gammon has had a very busy November. In the coming weeks we will be covering his different projects with the Modular Synthesizer Ensemble at Define festival (Denmark), concert at Grätzel Galerie (Vienna) and many more. Starting with the „Tage zeitgemäßer Musik” (days of contemporary music) at Bludenz. This festival has been founded 29 years ago. Gammon started his Modular Synthesizer Ensemble seminars at SUPERBOOTH17 and you can have a short insight into this here.

To Bludenz Gammon brought a dozen modular synthesizers for the festival of contempory music. Five pupils from Bludenz took part in a three day seminar exploring different modular synthesizers and composing and rehearsing for a concert. They all attend the music section of the high school in Bludenz and learn one instrument each, but have never been using a synthesizer. For them it was the first contact with this electronic musical instrument. Contemporay music is often not recognised by young people. They tend not to realize how wide the field of music can be and that it does not always need rythms and melodies. Therefor the Tage zeitgemäßer Musik at Bludenz are an important and very welcome institution for cultural education. The festival set a focus on cultural education of young people with the Modular Synthesizer Ensemble by Gammon.

Because this project is about cultural and not technical education the creative and musical work started right after a brief introduction into the basic functional principles of modular synthesizers. Very quickly the group was able to develop and create different musical voices to interact and complement each other in a unique composition. All participants had different modular systems with different sonic qualities and potentials. These different “voices” were the technical basis for the ensemble. With a very basic introduction to the wide field of modular synthesis the participants were able to work out specific sounds and express themselfs. One piece at a time was worked out. Starting with individual sounds that were then arranged in structures to form a performance or concert in the end. These young people managed to get a good sens for each other and the music and formed a convincing group of musicians – an ensemble.

Gammon, who had already offered this method in Berlin and Denmark, was very pleased with the athmosphere and outcome of this seminar:”The youngsters got involved and played very well. My main goal is making music together. The project gave us all a lot of pleasure, and the audience was impressed by what can be achieved in three days.” And the visebilety in the community was a central issue. Therefor the venue was chosen to be in the middle of the city, in a former shoe store. 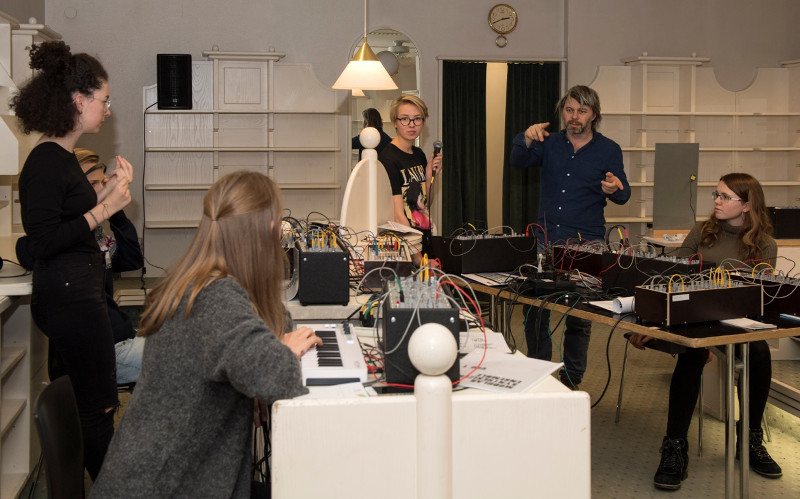 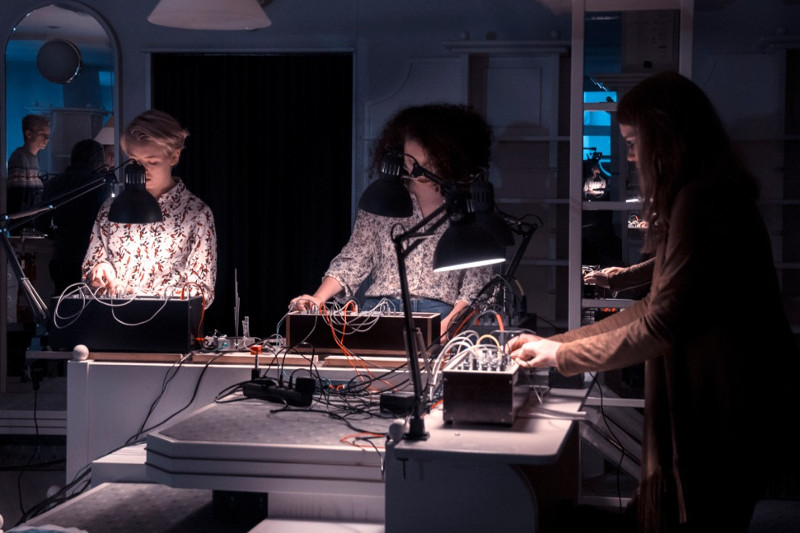 (All pictures by BARBARA WINKLER)