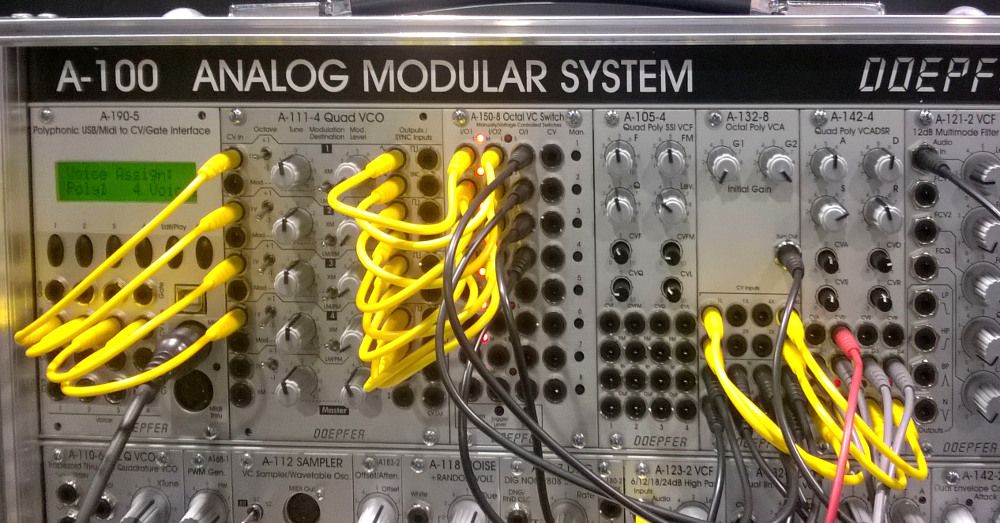 Doepfer goes polyphonic! – After releasing the A-111-4 Quad VCO a couple of months ago, Dieter Doepfer now presents four-voice filter, VCA and envelope modules. By combining the circuits, you can set up a full-blown polyphonic synthesizer within your Eurorack setup. While the A-111-4 has separate knobs and switches for each of its oscillators, the voices of the new modules share a set of control elements. Therefore, it is very easy to produce even results.

The A-105-4 Quad SSM VCF is a four-voice low-pass filter with an edge steepness of -24 dB per octave. As the name suggests, the module is based on the SSM 2044. – The same chip that was used in vintage instruments like Korg’s Polysix and Mono/Poly, the Fairlight II, several PPG synthesizers, early Prophets and EMU’s SP1200 sampler. The A-105-4’s sound character is thus classic and powerful. High resonance settings make the circuit self-oscillate. The module’s input level is adjustable. Hot signals result in beefy distortion. Besides an audio input and output, there is a FM socket (plus global attenuator) per voice. – Perfect for connecting envelopes. Furthermore, the A-105-4 features several CV inputs which influence all voices conjointly. In detail, cutoff and resonance as well as the audio and FM level can be modulated with the help of these connectors. Attenuators are present here as well.

The A-132-8 contains two daisy-chained VCAs per voice. One amplifier circuit features a linear control scale and is thus tailored to be controlled by an envelope. The other VCA can work with either linear or exponential characteristic. It is primarily meant for adding velocity sensitivity to polyphonic patches, but can be used for other purposes as well, of course. Both VCAs are equipped with a potentiometer for adjusting their initial gain. Thanks to a sum output, the A-132-8 can serve as a mixer in monophonic patches.

The A-141-4 Quad VCADSR combines, as the name suggests, four envelopes in one module. All phases (attack, decay, sustain and release) are voltage controllable. The corresponding CV inputs are equipped with bipolar attenuators. 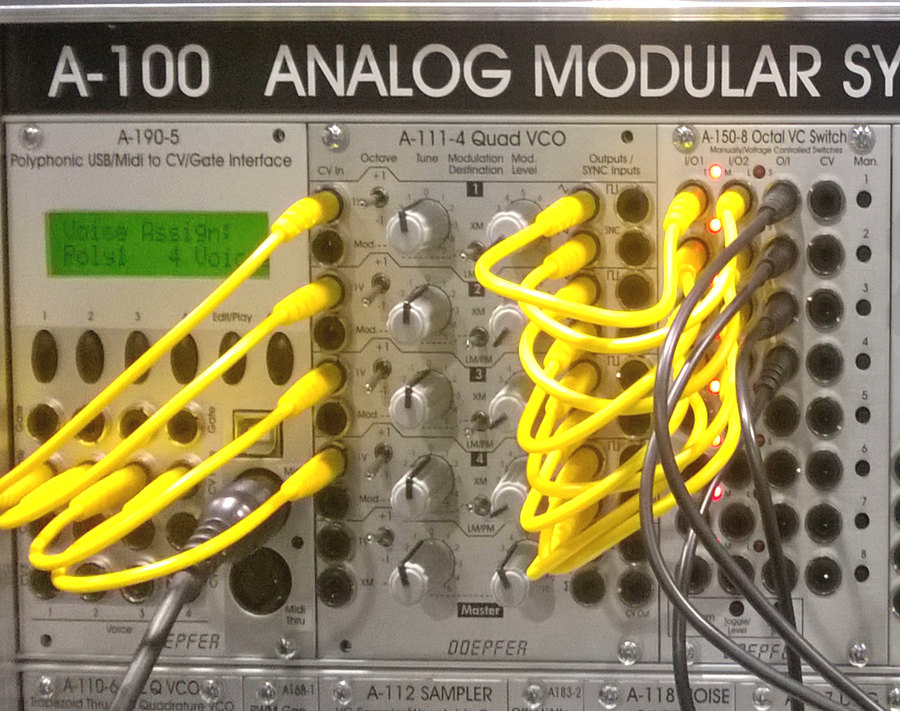 For playing polyphonic patches, Dieter Doepfer designed the A-190-5 MIDI / CV interface. It features four channels with CV note, gate and two additional control voltage outputs each. Thanks to DIN and USB ports, the module can be connected to hardware sequencers and controllers as well as a computer. Besides polyphonic modes of operation, there are duophonic, paraphonic and monophonic modes as well. 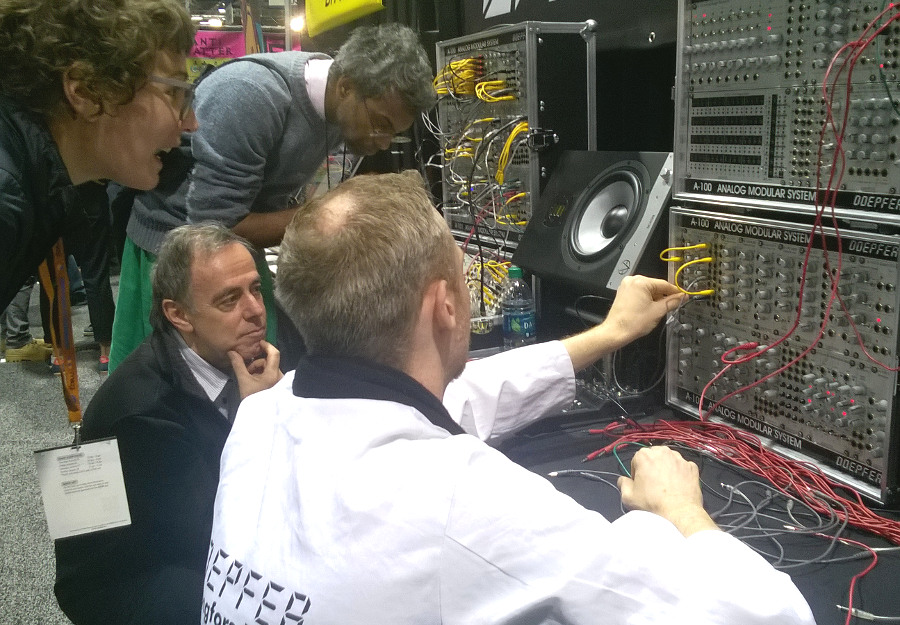 Besides the polyphonic modules, Dieter Doepfer presents some classic mono circuits at the NAMM show 2018 as well. First of all, there is the A-123-2 high-pass filter. It features four outputs emitting signals processed with an edge steepness of -6 dB, -12 dB, -18 dB and -24 dB per octave. The A-140-2 is a very compact dual ADSR module. Via CV inputs, you can modulate one or more envelope phases. Last but not least, there is the A-142-3, a combination of an AD / AR envelope and a VCA which is only 4 HP wide.

Here is a video by sonicstate: