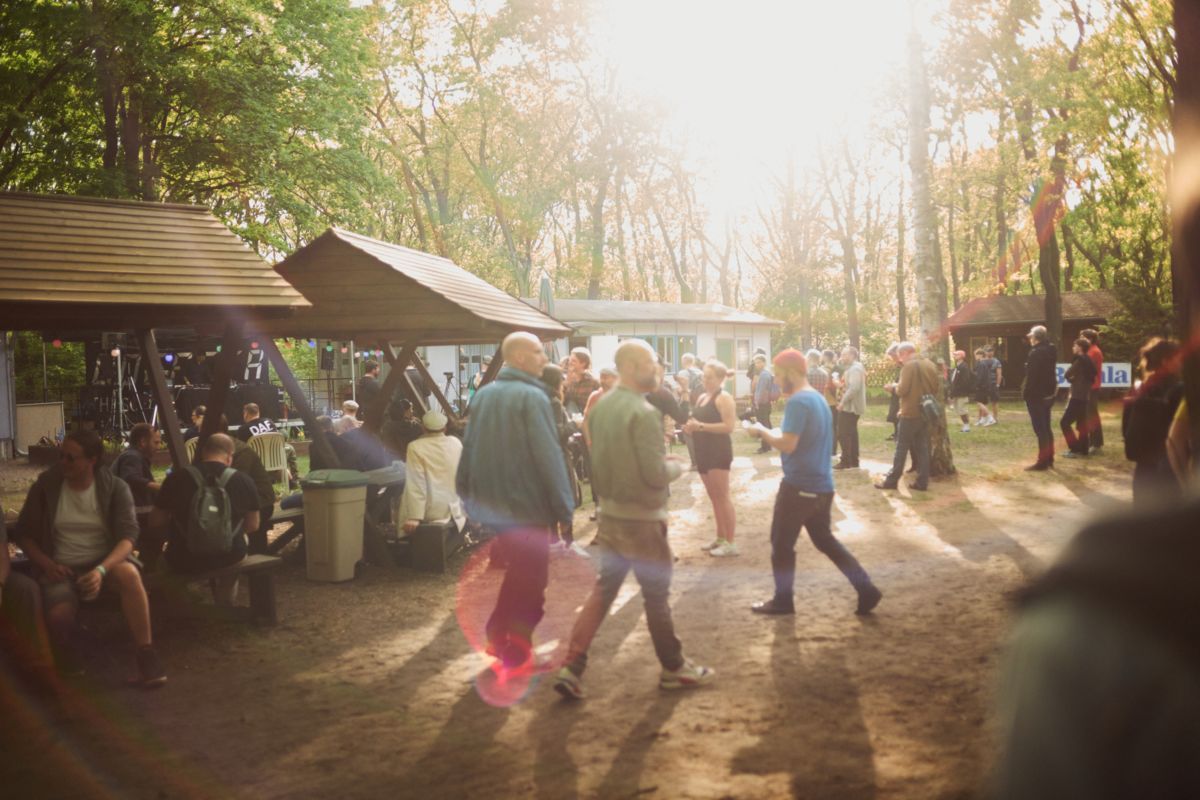 This is the offical Press Release by Superbooth Berlin:

SUPERBOOTH22 and SOOPERgrail welcomed around 6000 trade visitors, day guests and over 170 international exhibitors at FEZ-Berlin. In the year of the 20th anniversary of the Superbooth, for the first time innovative guitar builders were represented in larger numbers and with their own exhibition space under the name SOOPERgrail.

The expanded concept of the largest trade event for electronic musical instruments in Europe has proven successful, and Superbooth Berlin GmbH has overcome the worst obstacles resulting from the Corona crisis. This clears the way for next year’s planning – the date is set:

– with even more innovative instruments and music, concerts, workshops, presentations — indoors and outdoors –

“For the anniversary version of Superbooth, as it turned out after all obstacles and difficulties, we can really only be grateful to everyone and congratulate everyone who was able to be there. The delicate little flower called #SOOPERgrail also made a successful start and the international events – above all the presentation with Hainbach for the Goethe Institute Tokyo and the participation of Tom Oberheim and Dave Smith with their new instrument – were important factors of culture and economy alike. We are already excited to see what will develop from this next year!”

The various areas of the anniversary edition each convinced with their very own atmosphere, which always meandered between music festival, nerd get-together and a group trip with friends. The basis for relaxed encounters, lively exchange and a good mood was provided by the extended event area in the park, the large number of exhibitors and the summery weather.

The stage program represents an enormous variety of musical variation. Early electronic instruments such as the Trautonium were on display. Hainbach presented how electronic music was made by artists like Stockhausen in the 1960s, and many concerts featured modular synthesizers, which can be seen as modern successors to the featured instruments. From the stages you could hear great live electronic music from ambient to techno, a lot of experimental and innovative works. Surprisingly for many guests, there was a performance by Richie Hawtin on the last day of the event.

The Modular Synthesizer Ensemble gave the mostly young participants their first stage experience with a composition they had previously developed together in a workshop lasting several hours.

Within the framework of SOOPERgrail, there were many outstanding concerts and workshops, with individual instruments presented. In addition to traditional crafts, the artists and exhibitors also showed possibilities that enable expanded artistic expression. With the presented technologies, external devices can be controlled and microtonal music can be played.

The main stage for diverse guitar music was located in the circus tent. There was, among other things, a blues concert by DobBroMan with spontaneous support from Thorsten Quaeschning of Tangerine Dream, the performance of Nagen und Kotzmann, who blurred the line between drone, ambient and free jazz, and Linalab, who brought along a drummer for her electronic post-rock and processed the sound of her electric guitar with a synthesizer.

The lecture-concerts (Gesprächskonzerte) recorded during the event are now available on Superbooth Berlin’s YouTube and Vimeo channels, and the recordings of the other concerts will be released in the coming weeks.

Lecture-concerts are a combination of concert and presentation, where new instruments are introduced in a concrete musical context. This year, legendary synthesizer manufacturer Oberheim made a comeback and presented a new instrument in this format that, like its predecessors, seems to have the potential to become a classic.

We would like to expressly thank all exhibitors, artists, media representatives, trade visitors and last but not least the numerous private visitors for their great support and the wonderful three days and are already looking forward to SUPERBOOTH23 and SOOPERgrail next year.

For more information and impressions please visit www.superbooth.com and www.soopergrail.com