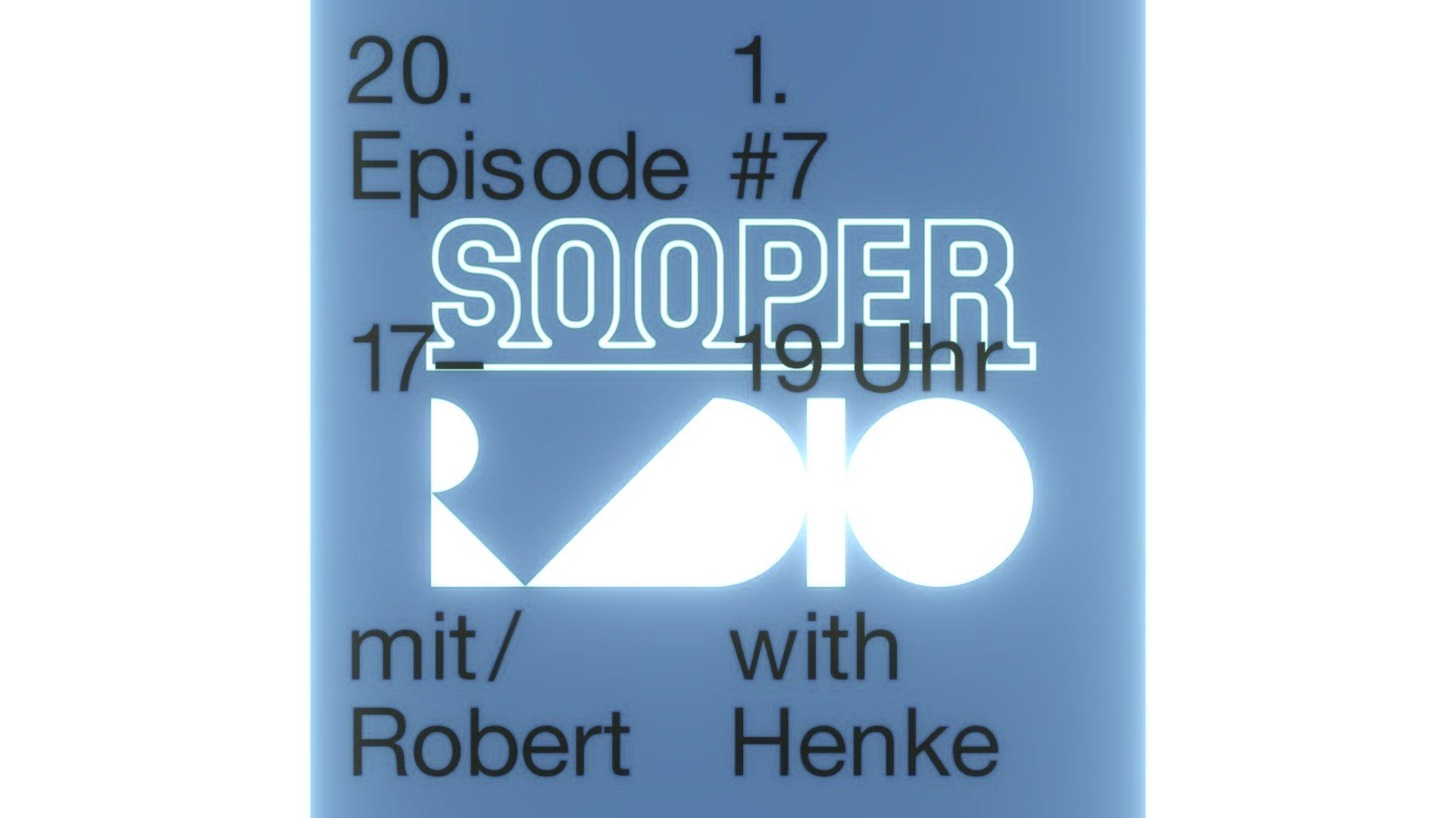 New year, new round. Again 8 weeks have passed, sooperRADIO is back on PiRadio, Radio Woltersdorf’s weekly slot in Berlin and Potsdam on 88.4 MHz or 90.7MHz. The seventh edition of the SUPERBOOTH Berlin radio show is about the upcoming 20th anniversary of Andreas Schneider’s idea: SUPERBOOTH.

Monolake aka Robert Henke, HerrSchneider and Andre Kaufmann talk about the history, the visions, the music and the current motivation. In the last twenty years, the world has changed a lot and with it the trade fairs for musical instruments – the guests on sooperRADIO look back at their first attempts to set new impulses for trade fairs. Together with M.E.S.I. from Paris, SchneidersBuero from Berlin designed a booth at the Frankfurt Music Fair in April 2002. Ten synthesizer manufacturers such as Big Briar (aka Moogmusic), Elektron, Doepfer, Vermona were represented at the excellent booth with a party-like atmosphere.

We look forward to HerrSchneider sharing memories like “Bob Moog and his secretary were on the dance floor while relevant artists from Berlin played live”.

Please note: The show will most probably be in German language.

Here are some pictures from the event 20 years ago: