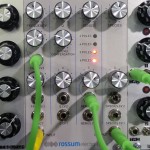 First comes the Evolution a Variable Character Ladder Filter. Based on the core technology of the original E-mu 2100 filter module – ossum added more capabilities that give you everything from the platonic ideal of the classic ladder filter to a vast selection of alternative filter characteristics. It should come out in february 2016.

Another new Module is called Morpheus

A ​Stereo Morphing Z-Plane Filter module, with the full power of the legendary 14-pole Z­-Plane Filters that was invented for the original E-mu Morpheus synthesizer . Morpheus should come around april / may 2016 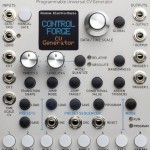 And the complex Control Forge is a Programmable Universal CV Generator is a supremely flexible modulation source encompassing elaborate one-shot contours, evolving cyclical patterns and sequences of arbitrary length and complexity. And with the compact 12 Hp Satellite module that can be loaded with all of the presets and preset sequences from a Control Forge and then function as a completely stand-alone CV generator,you can have all the power of your Control Forge presets and sequences in any system, anywhere. 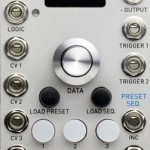