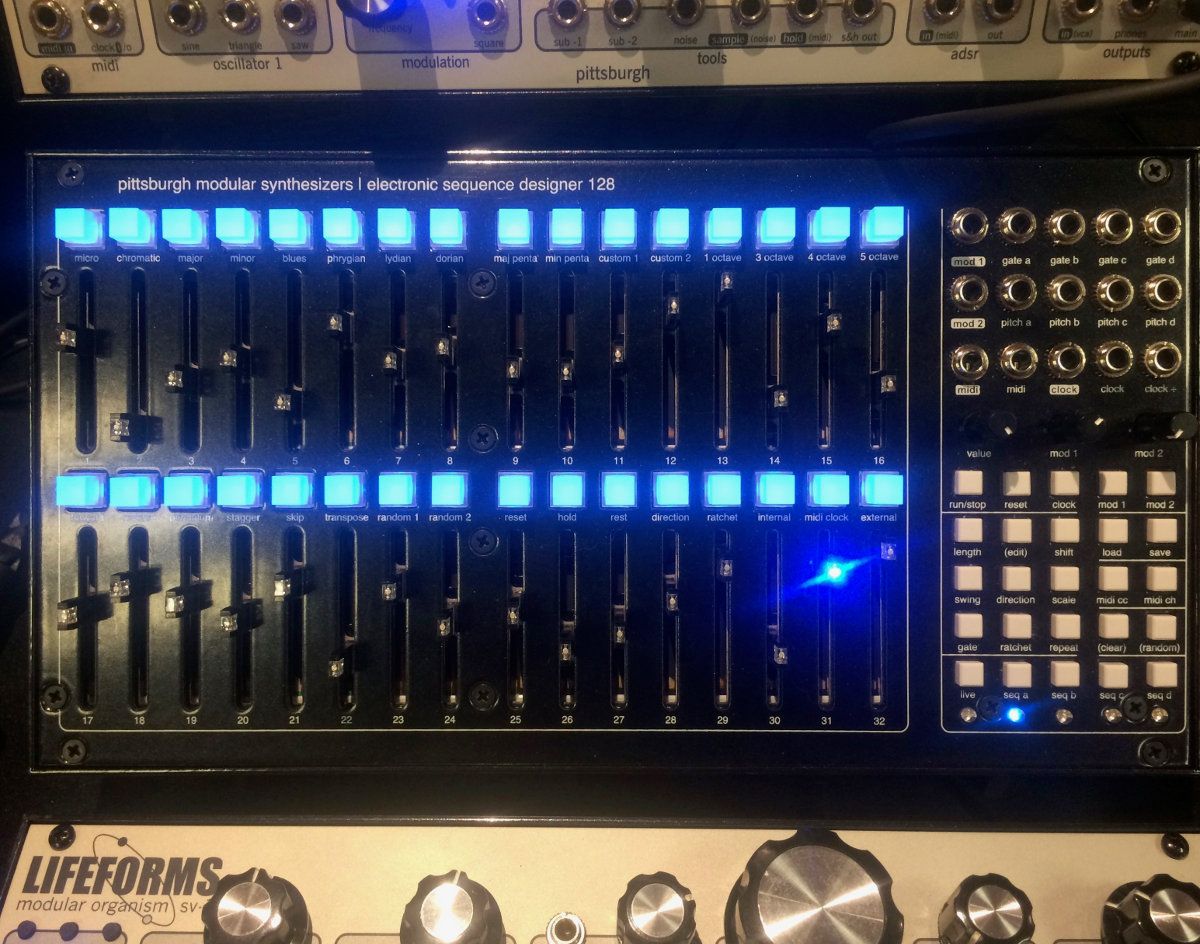 The Electronic Sequence Designer 128 from Pittsburgh Modular is a very complex and flexible 32-step sequencer. 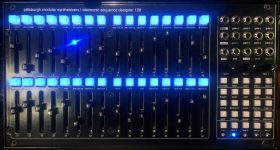 You can create up to four sequences going on simultaneously with four gate and pitch outputs. This four sequences can share the 32 faders, dividing the control panel in 2 x 16 steps or 1 x 16 + 2 x 8 to be accessed directly via the faders – which make this sequencer really hands-on! It is also possible to use the sequencer in layers of 32 steps, giving you only direct access to the last programmed sequence. This way you get 4 x 32 = 128 steps!

It features MIDI in and out, which enables you to send all four sequences to your computer or other musical gear, and receive MIDI Data for transposing sequences for example. You can apply different scales via buttons on the front panel. Furthermore there is an euclidian system integrated which will distribute the active steps through the sequence.

In a very compact module, Pittsburgh Modular presents a new oscillator, the Lifeforms Primary Oscillator. It has a very large spectrum of sound and interesting shaping options – with only three faders!

It features four waveforms : sine, saw, pulse and blade – a mix between pulse and sawtooth. A special sine mode called Harmonic Sine gives you a sine with more harmonic content. There is also a sort of bit crusher output called Fragments which gives rather digital type of sounds. It is controlled by the Fragments Density fader. The Timbre output comes from a wave-folder which is adjusted with the Timbre Depth fader.

This oscillator module gives you a lot of sound-sculpting options.