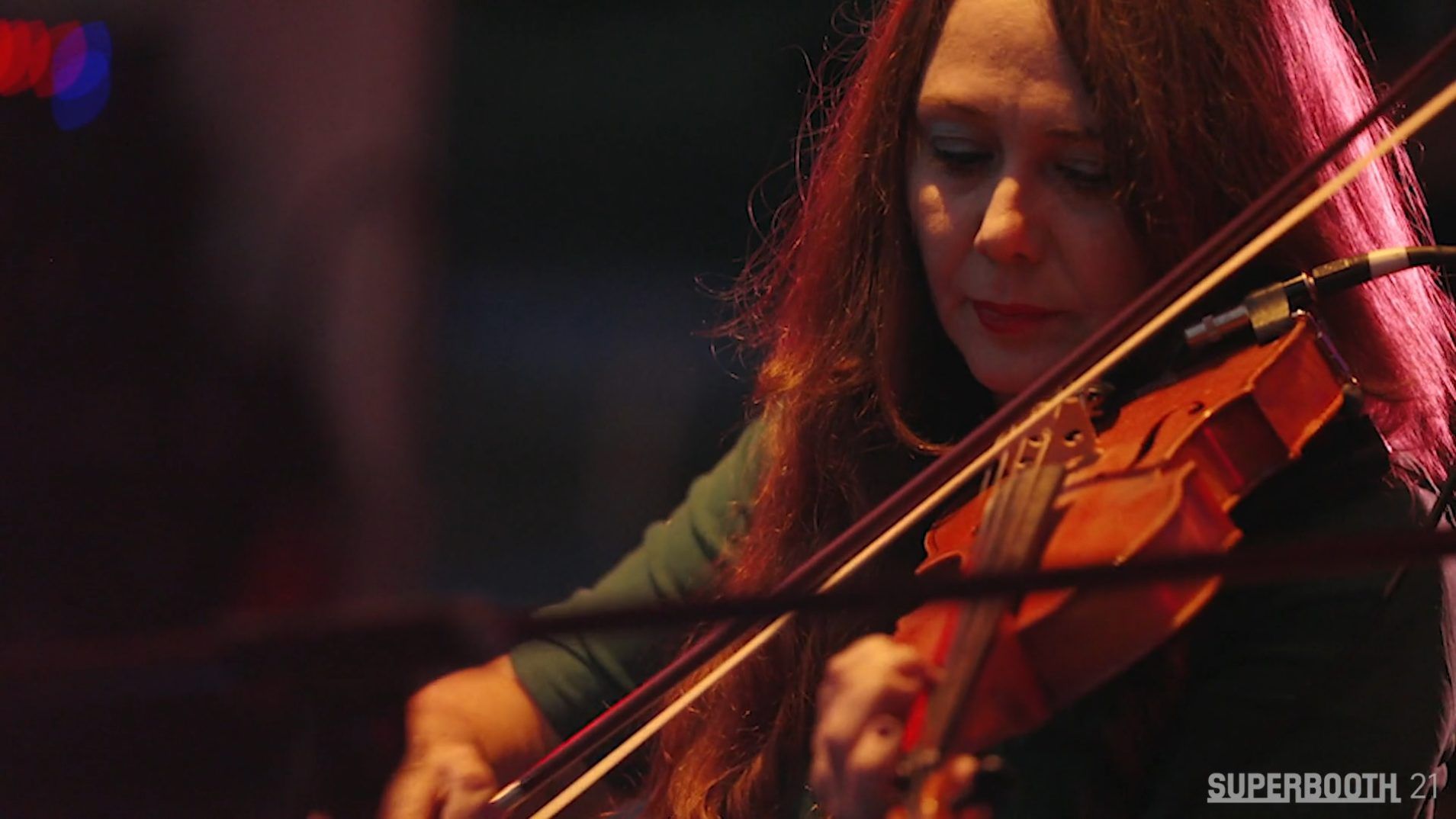 Danielle and Alexander have been collaborating since 2001. At the beginning they mainly performed audio/visual projects on theater stages but from 2010 onwards they started composing albums together. Alexander Hacke’s background with Einstürzende Neubauten can be felt in their many rhythmic tracks.

“We have the urge to include strong percussive elements and electronic sounds to create a powerful rhythmic feel. Something to create the feeling of power and urgency.”

The classic and spoken word background of Danielle de Picciotto is prominent as well. Glorious choirs and violin harmonies flow throughout their music giving it an almost symphonic sound. The artist couple calls their music “cinematic-drone” and their albums sound like the film track to an apocalyptic feature-length film.

Their new album on Mute Recordings entitled The Silver Threshold was released in November. They are continuing to glide across genres that take in cinematic drone, industrial, experimental, spoken word and soundscapes, shifting between immersive ambient into noisy eruptions.

The concert was presented by the Miller-Zillmer Foundation.