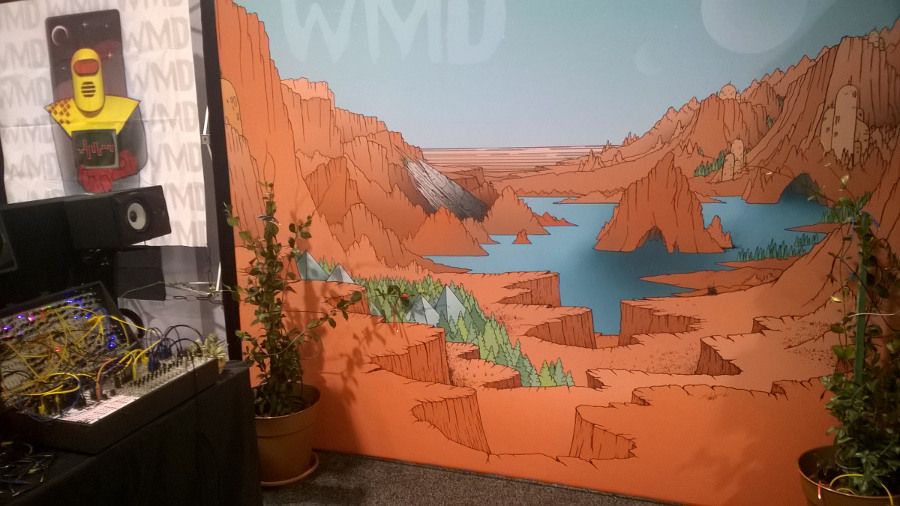 The WMD guys showed a new drum module called Fracture at the NAMM show 2018. First and foremost, it is meant to produce clap sounds. However, thanks to its multi particle synthesis, it can do much more. Fracture generates sound based on granulated recordings. – The final sample selection has yet to be made. Unlike the Chimera, which uses rather long audio snippets, single impulses are used in the new module. By grouping them, clap-like sounds can be achieved. Basic sound design is done by three potentiometers. One knob determines how many people are clapping. The second control element sets the time the people are clapping. The third knob defines the people’s skills. – Are they concentrated or completely drunk? Additionally, there are a frequency potentiometer and two switches to choose a punch and tail mode. A reverb processor with two algorithms gives sounds the final touch. 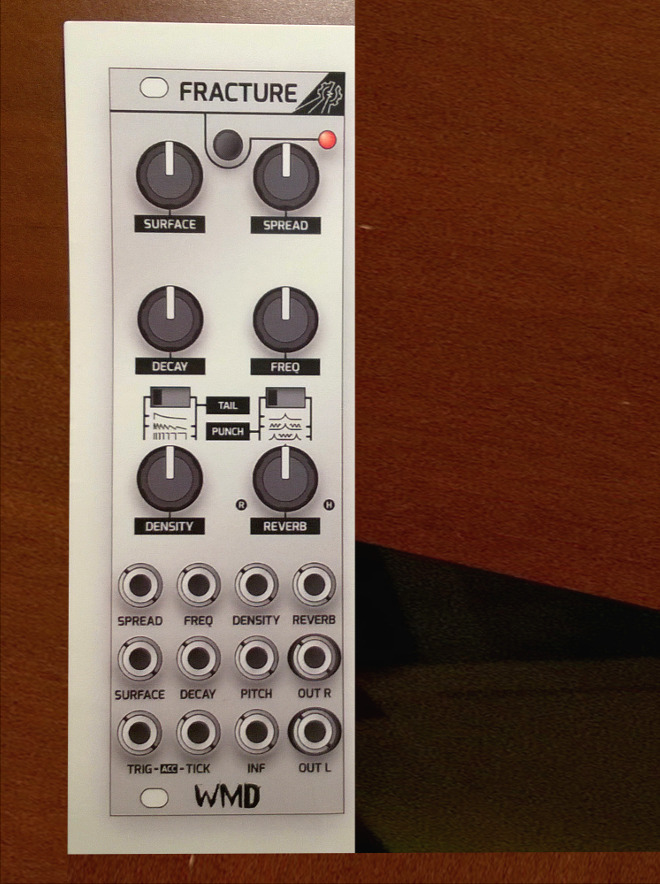 Fracture was built to be misused. For instance, it is possible to play individual impulses in random order. The result: Sequences composed of unique hits. Most parameters are voltage controllable, including the reverb. Therefore, it is possible to add the effect selectively to single steps of a pattern. – Sounds really cool!