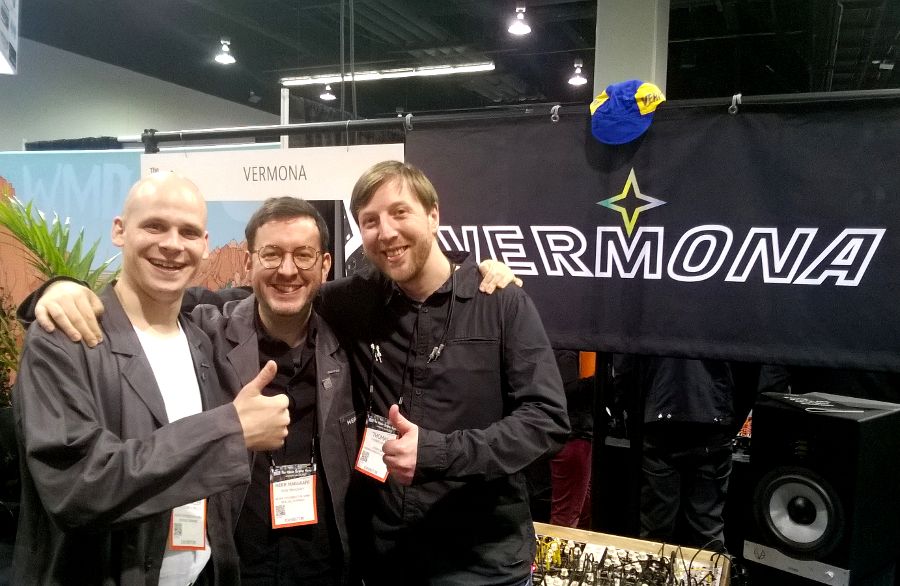 Thomas Haller showed us the final version of Vermona‘s Random Rhythm at the NAMM show 2018. The module will be out in a couple of weeks. Random Rhythm features two channels, which generate drum patterns by chance. In detail, users can determine the probability of 1/4, 1/8, 1/16 and 1/3 triggers being generated depending on an incoming clock signal. In addition, there are swing, offbeat and “roll the dice” functions per channel plus some global connectors like reset and a sequencer output. The module’s results sound very interesting. (This is coming from a person not very keen on random stuff…) 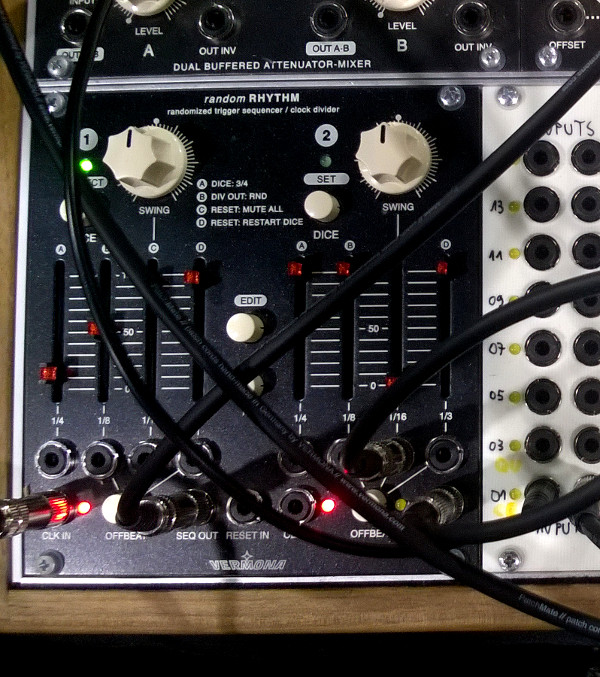 Quasi as a partner for the Random Rhythm, Vermona developed a module with the working title Melodicer. It is meant for creating aleatoric melodies. You can determine the weight of notes plus probabilities for length and omission. Additionally, it is possible to set an octave range. There is a “roll the dice” function here as well. Again, the results sounded quite cool. 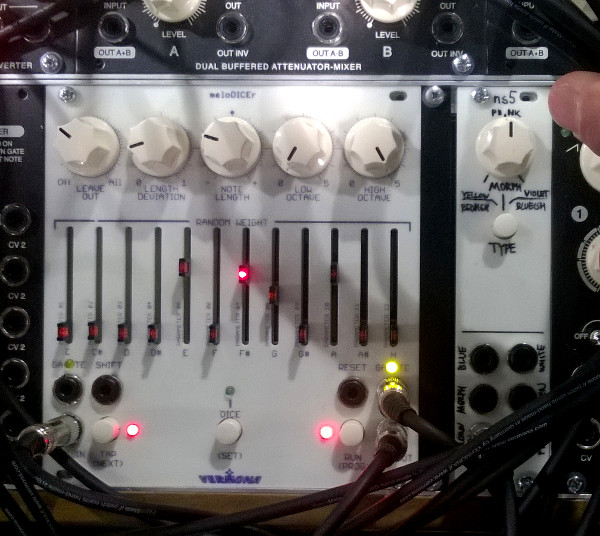 Another fresh module coming from Vermona is the Quad Envelope prototype. It consists of four phases, each of which can be used in attack, hold or decay mode with either exponential or linear behavior. A slow button sets one of two time ranges. For fine adjustments, there is a potentiometer per phase. In total, timing values from 500 ms to 30 minutes can be dialed in. Besides a normal and an inverted output, there is a time CV input as well as an EOP (end of phase) output. Using the sum buttons, it is possible to mix the signals of two or more phases. 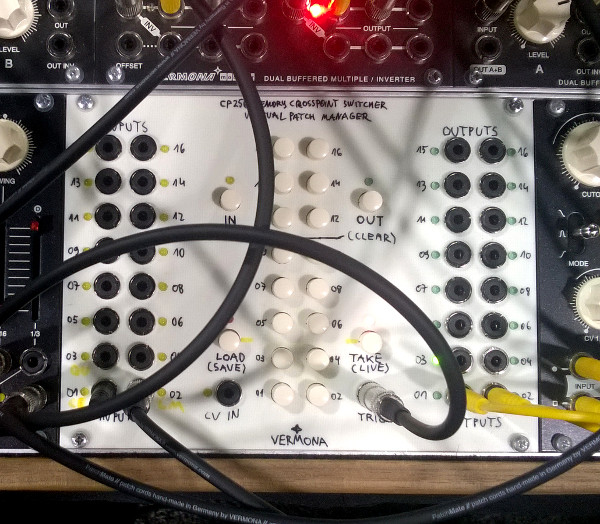 Vermona also presented an early version of a routing matrix at the NAMM show 2018. Connections are done via buttons. Thanks to studio-grade components, audio signals as well as control voltages can be routed with the module – without compromising quality. In detail, the guys from Vermona think about a 16 x 16 and an 8 x 8 version. Both models will feature a preset system for saving and recalling configurations – a clever idea, especially for live performances. 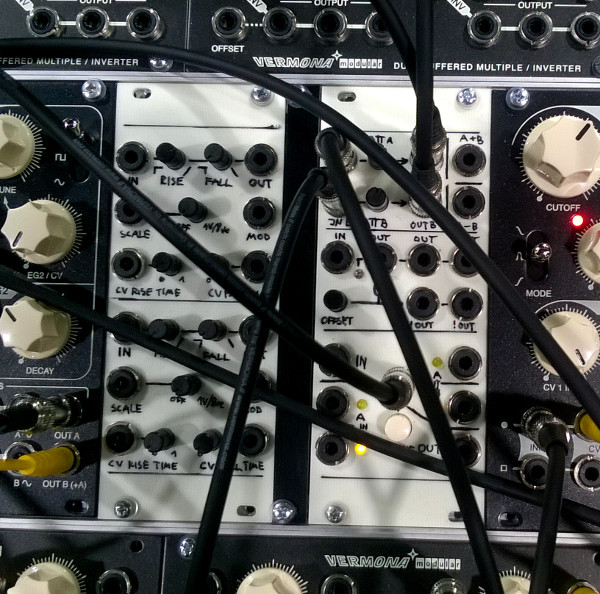 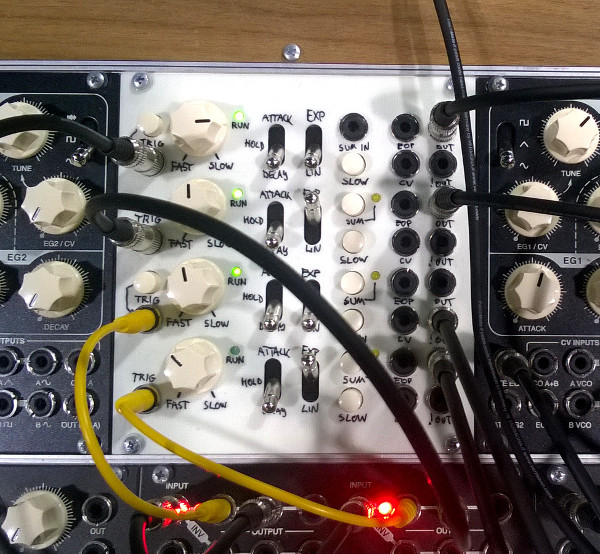 On top of all that, the Vermona lads also had prototypes of a vintage filter, a slew limiter and a transposer with them. God knows if those circuits will become real products. The vintage filter sounded pretty great already, though. 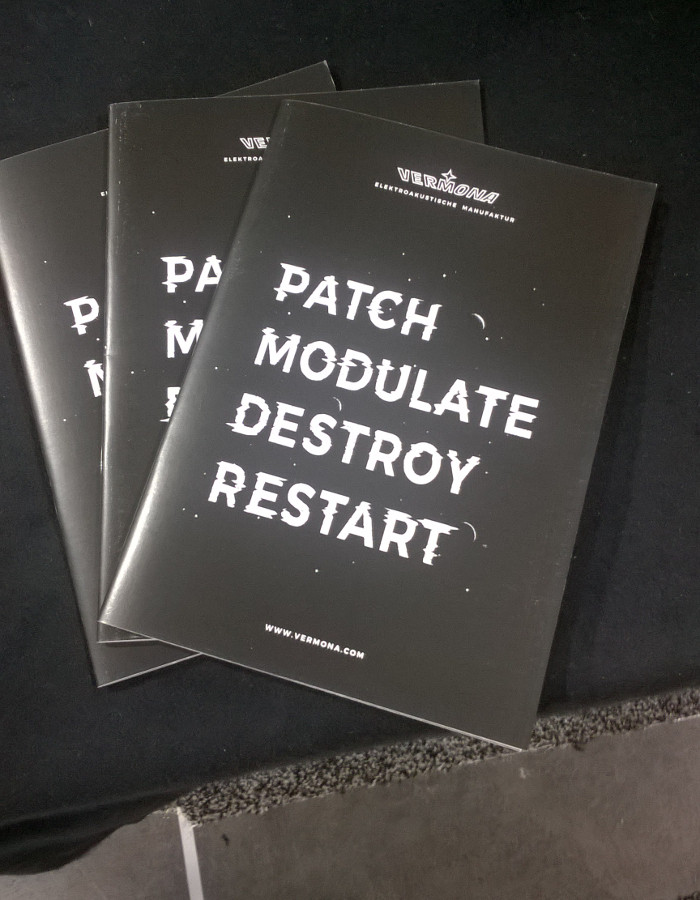 And here is a video by sonicstate: