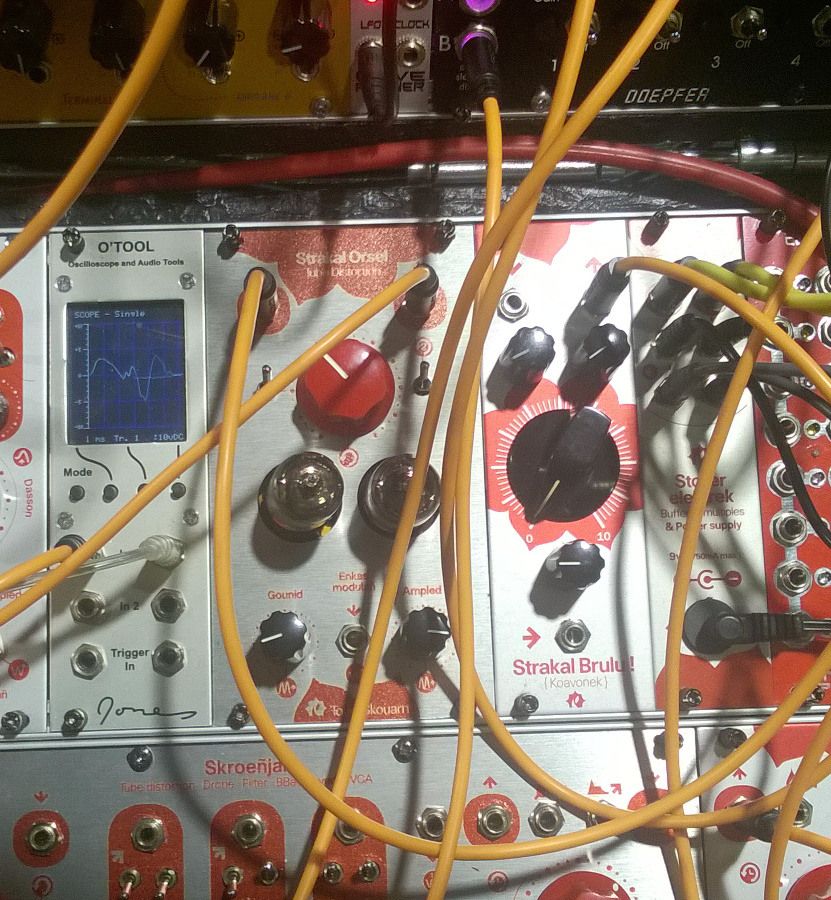 Two new Touell Skouarn modules were introduced at the NAMM show 2018. Strakal Orsel is a tube distortion circuit with voltage controllable gain parameter. The sound character is angry. – No, wait… The sound character is brutal. – No, wait… What comes after brutal? Anyway, with feeding some rather boring drum sounds to the module, we created unbelievably harsh, screaming results. Afterwards, we transformed a softly played acoustic guitar into a wall of sound. In fact, some other exhibitors came to the Touell Skouarn table to check out what the f*ck we were doing. The module utilizes military grade NOS tubes to process sound. They are driven conservatively, meaning the components don’t heat up that much. – No chance to burn your fingers! Thanks to two feedback loops, the sound can be varied quite nicely. Without an input signal, the Strakal Orsel is usable as a weird noise generator. The CV input makes it possible to utilize the module as a dirty VCA. Compared to the Strakal Brulu, the new module sounds more warm and smooth. – Even though it is an angry bastard. 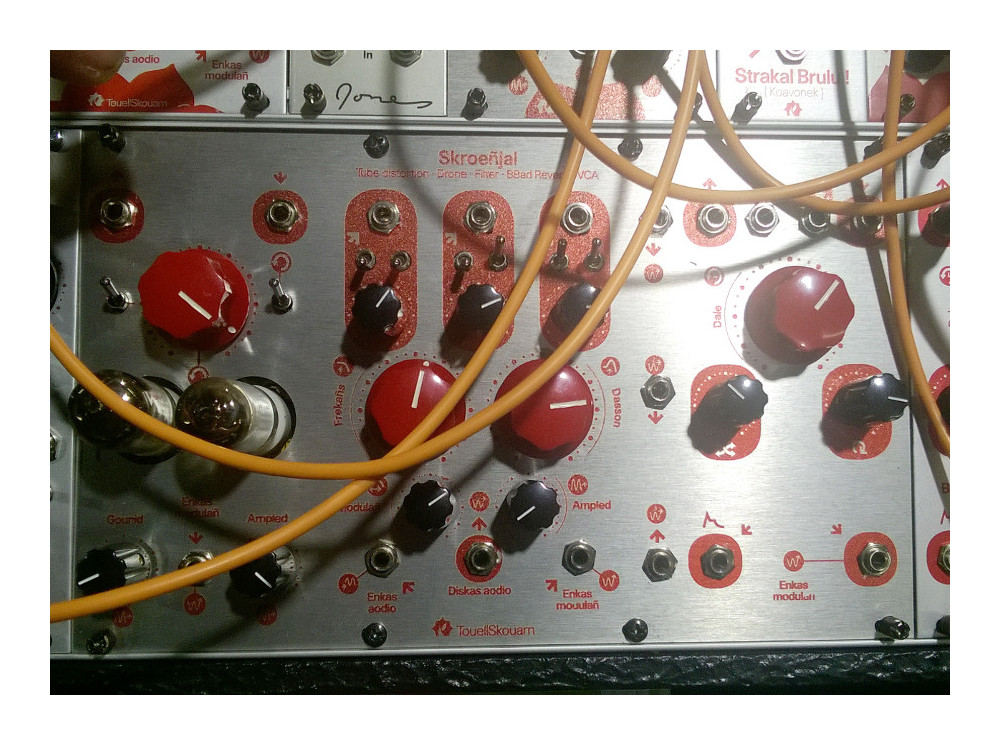 The second novelty is the Skroenjal, an experimental drone voice. It consists of a Strakal Orsel, a Skorn da Bask triple VCO with low-pass filter and a Heklev effects unit. In contrast to the individual Skorn da Bask module, the circuit built into this synthesizer voice features a separate output per oscillator. Thanks to this, it is possible to use one (or more) of the VCOs for modulations. 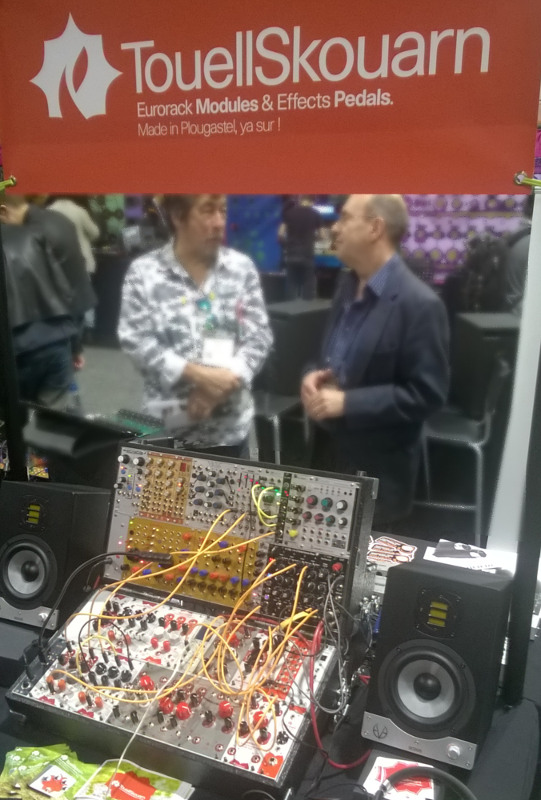