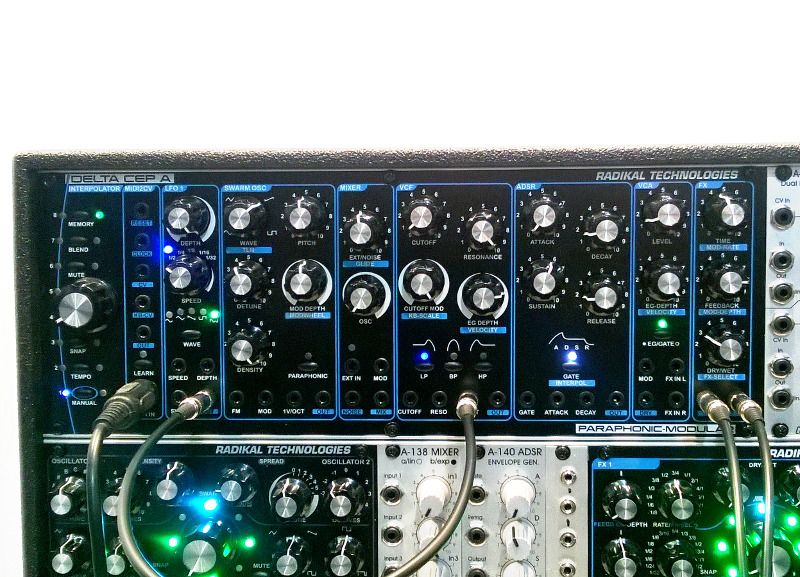 Jörg Schaaf of Radical Technologies gave us a demo of his new synthesizer voice Delta Cep A. – It was way too loud! That said, it should be noted that this semi-modular instrument is quite impressive. The results can be huge! Audio is generated by a Swarm oscillator. Being digital, it can produce up to eight waves simultaneously. You can tune them in chords respectively clusters or produce one extremely fat unison sound. The Swarm oscillator is followed by a mixer, which makes it possible to add some noise and an external audio signal. Results are fed into the filter section of the Delta Cep A. Besides an analog multi-mode filter, modeled after the RT-451, there is also a digital stereo filter with low-pass, band-pass and high-pass modes. While Jörg was demoing his synthesizer, he asked me what filter I’m currently hearing. – I said it was the analog filter. His reply: This is the right answer… and you are wrong. – Actually, it was the digital multi-mode filter I was listening to. It sounds as smooth as an analog circuit. While doing an A / B comparison, I recognized the analog filter being more rough and textured. The digital version is slicker. However, both filters sounded extremely good. 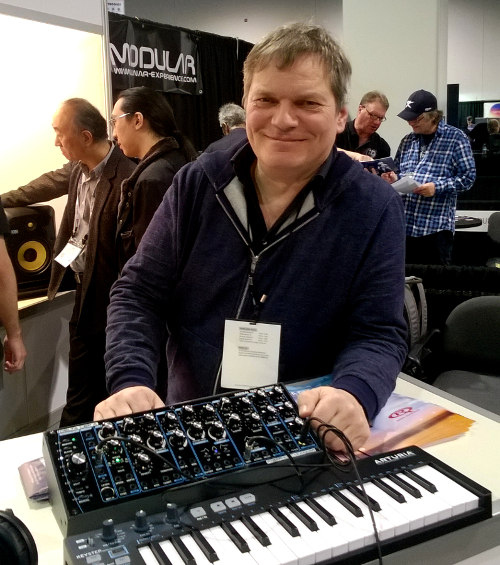 The VCA of the Delta Cep A is pretty much straight forward. For giving sounds the finishing touch, there is a FX section, which can produce delays or modulation effects. Furthermore, there are a Sync-LFO and an ADSR envelope. Attack and decay values are voltage controllable. For playing the synthesizer, a MIDI / CV interface was built-in. Via MIDI, it is possible to use the Delta Cep A as a paraphonic instrument. With CV, you’re bound to monophonic use. Last but not least, a so-called Interpolator was implemented. – A preset system which allows you to rapidly switch between sounds.