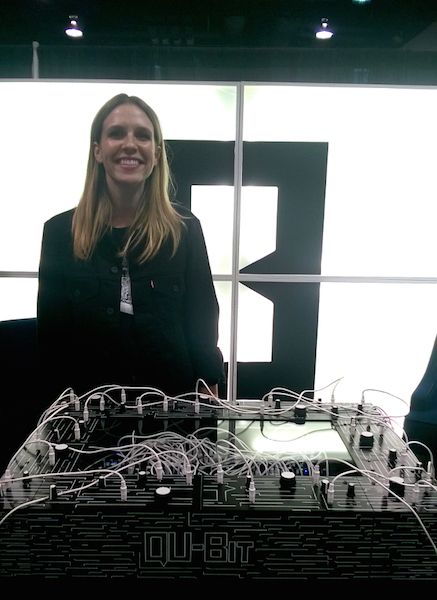 Qu-Bit prepared three new modules for the NAMM show 2018. First of all, a new version of the Nebulae granular synthesizer was announced. Compared to its predecessor, tons of new features have been added. For instance, it is now possible to record audio material in real time. Besides mono signals, stereo material can be captured and processed as well. New granular algorithms give the second Nebulae a much smoother, more versatile sound. On top of that, there are new ways to shape audio material and the ranges of already existing parameters have been expanded. 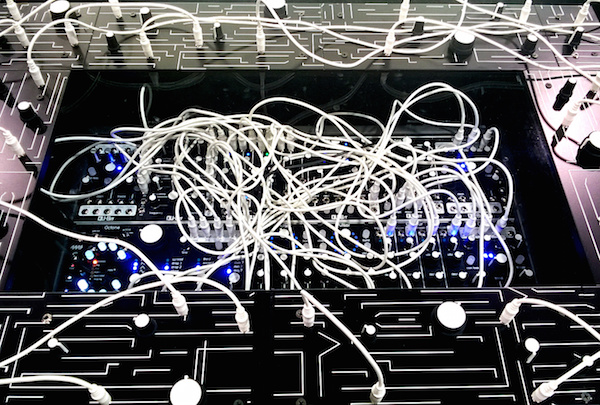 The second new module is called Scanned. As the name suggests already, it is based on scanned synthesis. To put it simply, the module constantly generates wavetables, which are used to excite a virtual string. As with other scanned synthesis concepts, the Qu-Bit circuit is very good at creating harsh, noisy sounds. Soft results are rather hard to achieve. In use, Scanned sometimes seemed a little unpredictable. 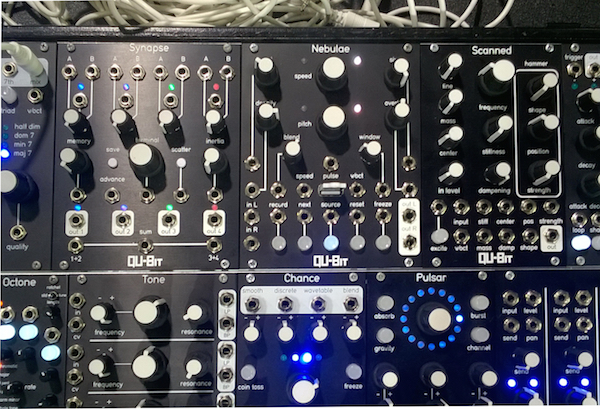 The third new product, Synapse, is a quad crossfader module. Each channel consists of an input pair, a potentiometer for blending between the incoming audio signals and an output. – So far, a straight forward design. However, there is a twist: Using an additional knob or a CV input, you can shift the channels from one output to the next. – Without clicks, of course. Furthermore, there is a random function. Configurations can be saved and recalled within seconds. In addition to the individual outputs, there are two subgroups (1+2 / 3+4) and a sum out. 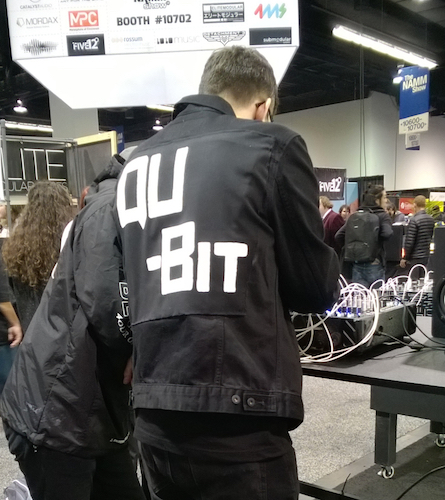 The new Nebulae will be available in March 2018 for a MSRP of 429 USD. Scanned and Synapse will follow in Mai respectively June. Their MSRP is 349 USD.