Simone Fabbri brought the final version of his Fumana filter bank to the NAMM show 2018. The module isn’t just some multi-mode circuit or equalizer, but a spectral editor which can be used as a vocoder as well. Fumana features two fully analog channels with 16 band-pass filters each. One channel comes equipped with an envelope follower per band. – Perfect for analyzing modulator signals. The other channel has a total of 16 VCAs built-in, meaning it is tailored for processing carrier material. Odd and even bands can be fed with audio signals independently. For vocoder effects, there is an unvoiced input. Other features include Tilt and parametric scan functions. 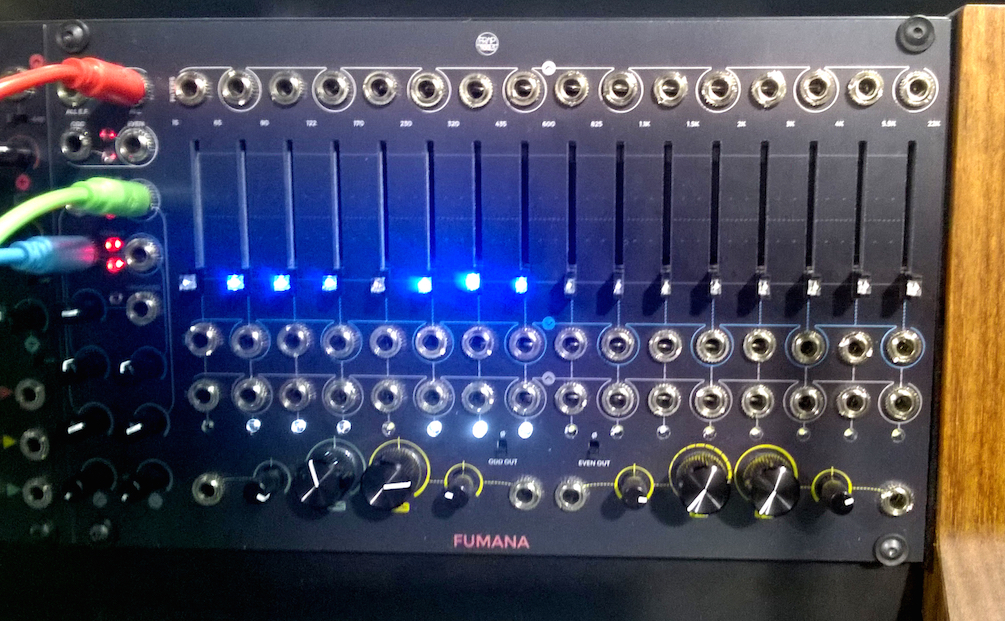 At the NAMM show, Simone already showed us some pretty cool stuff you can do with the Fumana. For instance, he used to oscillators to make hollow, vocal-like sounds. Then Simone turned two or three control elements, patched a cable and suddenly we were listening to a powerful bass drum. Afterwards, he transformed the kick into a snare. Two or three tweaks later, we were back at a vocal-like sound, but this time with a more expressive, rhythmic touch. – What you should take away from this description: Even though the Fumana may look a little intimidating at first sight, it is actually very easy to come up with unique, great sounding results. – You don’t believe me? Then come by our store and check the Fumana out yourself. We will have a demo unit available in about two weeks. – Already convinced? – Well, you can pre-order the Fumana here. 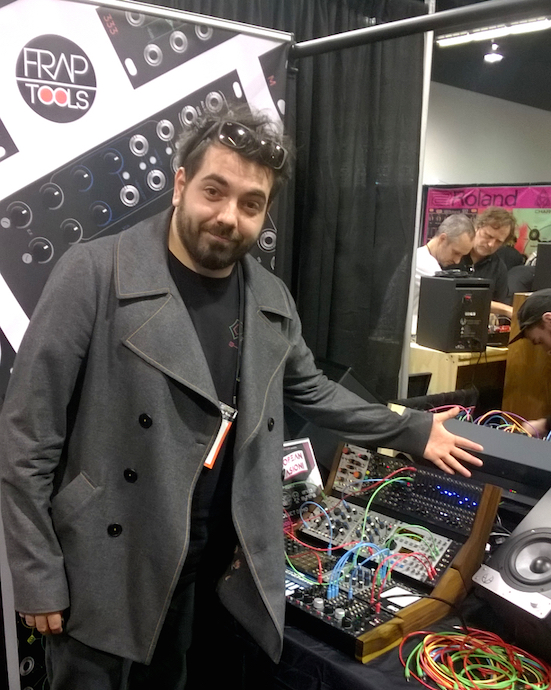 In any case, you might want to have a look at this introduction video the guys from Sonicstate made at the NAMM.