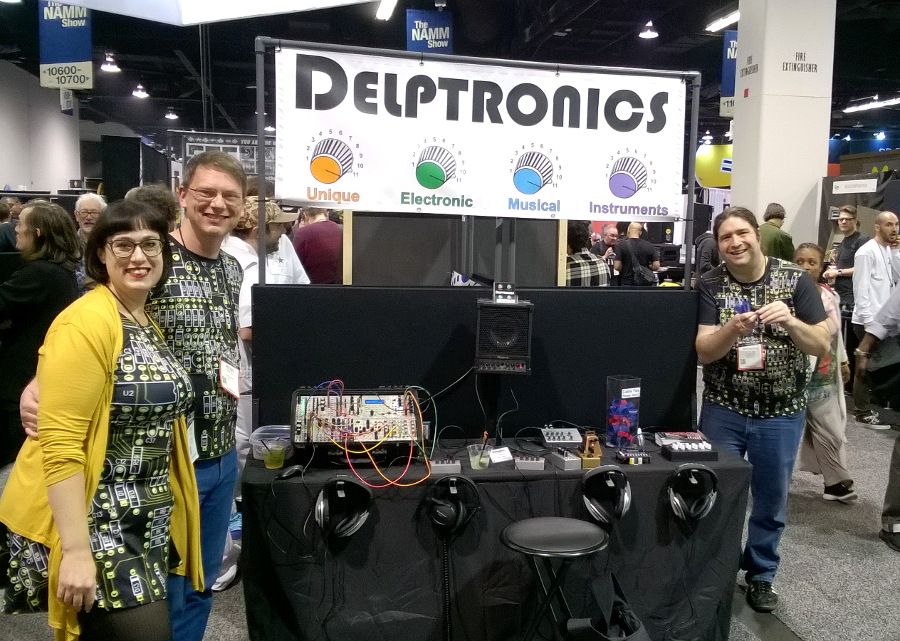 Team Delptronics presented some rather unusual gear at the NAMM show 2018. First of all, there is the There-Morph, a photo theremin with DCO, transistor ladder low-pass filter and VCA. Additionally, a LFO and an AR envelope were implemented. Thanks to MIDI as well as CV / gate inputs and outputs, it is possible to use the There-Morph as an ordinary desktop synthesizer. The other way round, you can control external gear via the instrument’s photo cell. 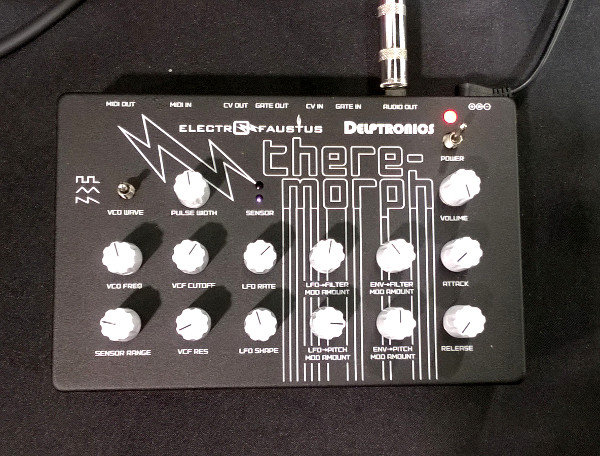 The second new Delptronics product is the WiiCHVOK, a converter module which translates data coming from a Nintendo Wii controller into control voltages. – Great fun! A third-party Wii controller will be included in delivery. Another new product is the MIDI Thru module. You can feed MIDI data to the circuit via a DIN or a 1/8″ connector. On the output side, there are three 1/8″ sockets and a MIDI port. – Why this is cool, you ask? – Well, because you can switch the polarity of the 1/8″ connectors, making incompatibilities a thing of the past. The last new Delptronic module is the AmpTenuVert, a combination of three amplifiers and two bipolar attenuators.

All products will be available in April 2018. Prices are not fixed yet. 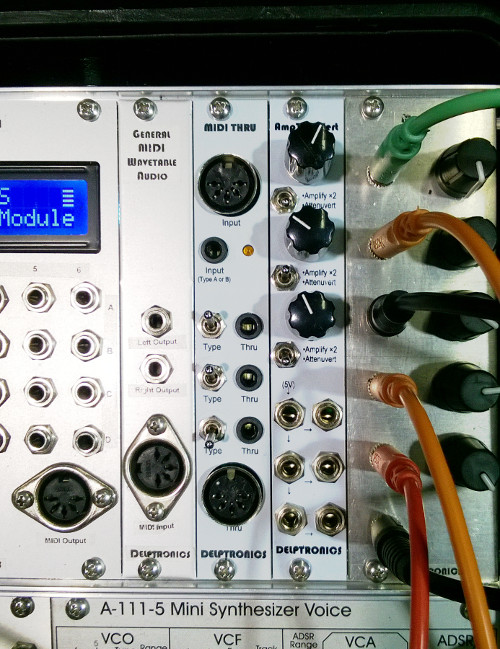 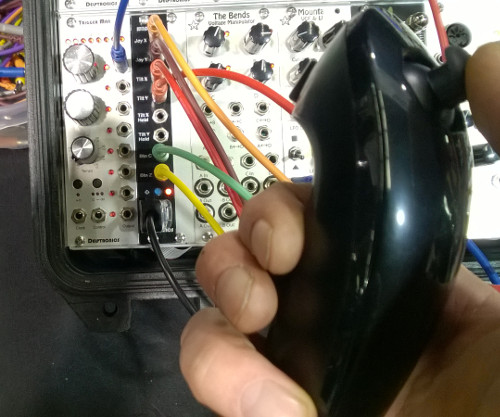