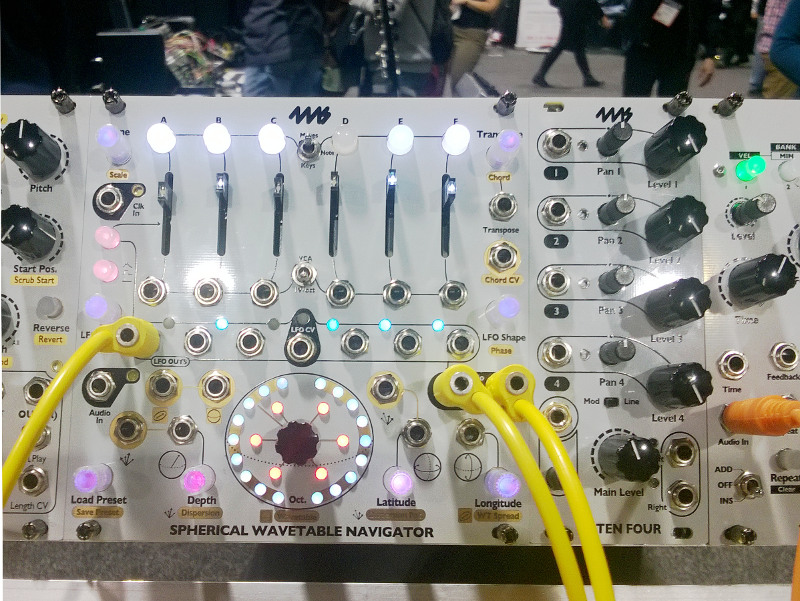 Hello to 4ms pedals ,  its always a pleasure to meet them at NAMM. This year Hugo showed us their 5 new Modules. First their new Monster Module the: The six voice polyphonic Spherical Wavetable Navigator. You could say its a big VCO with 6 voices – but that wouldn‘t even touch it. The unit comes with 12 fully independent oscillators that combine 6 wavetable vco‘s which have independent and global pitch controls and CV and 6 clockable LFO‘s (wavetabel) with independent outputs. Similar to the SMR from 4ms vco wavetabel selection can be dispersed and rotated in a 3D space – while dispersion patterns and amount can be controlled with CV. Its although possible to play the Navigator like a keyboard with the 6 ABCDEF keys on top. While every single note can be scaled and transposed globaly or in chord memory sequences and the pitch quantization is availbe for every harmonic content.  The 6 LFO‘s can go into audio rate while the wavetables can be shaped and modulated with Speed /Range & Shape/ Phase  to create complex rhythmic patterns (at modulation rates) and / or harmonic combinations at audio rates. They can be switched from gate to trigger and as a great way  to integrate free – rhythems within global quantized beat the LFO waveform exceeds half range . 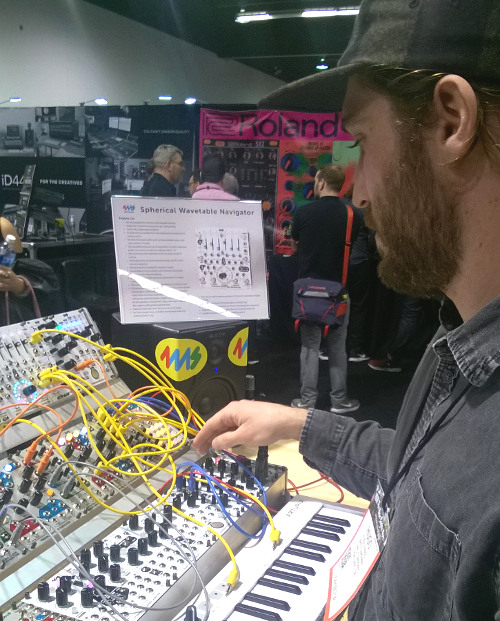 The Unit contains a onboard multimode mixer 6:1 mono or 2×3:1 stereo including 6 VCA (1 per voice)  controlled via level/mute mixer and individual level CV in‘s the VCA‘s can be used to sequence onboard VCO‘s  and /or amplitude modulate the VCO‘s. Extern Auido can be summed  into the vca‘s for sterep level / pan sequencing …and and and. 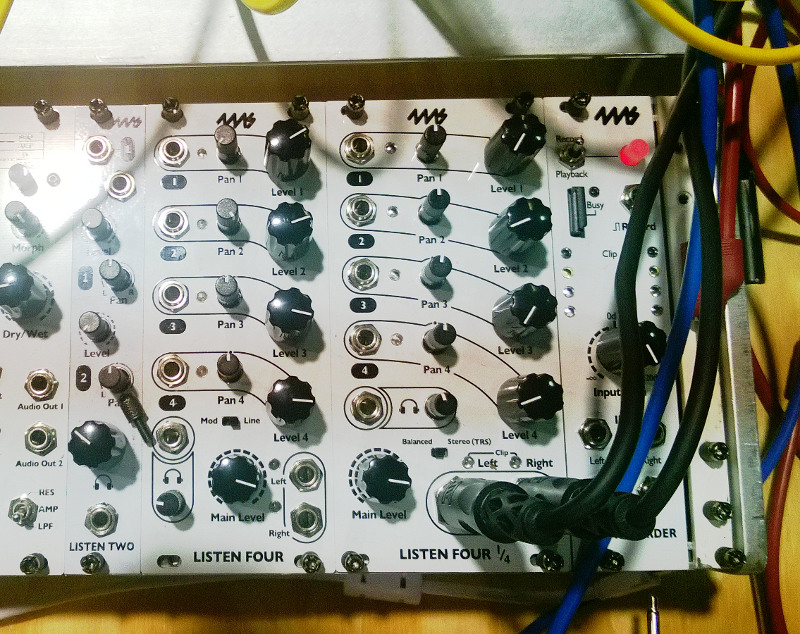 …. the only sad point is that we still have to wait a little bit, its anounced for fall 2018 and the price is still unclear. 4MS further showed us their 3 new Mixer and Outputs Modules which should be out in spring 2018. The Listen four (estimated 199 $) and Listen four ¼ (around 250 $) are 4 channel stereo mixer with pan and level knobs headphone and line outputs with big or minijack / TRS balanced  or TRS stereo output options. The little brother would be the listen two stereo mixer with an estimated price around 135 $ all Mixer units are chainable on the back. The last and super useful Modul is a stereo audio Wav Recorder – which is the same unit like in their stereo trigger sampler and is although a player which records 44,1 or 48 khz  on micro SD card – it should be ready in spring and be between 225 $ or 275 $ depending on the card etc .