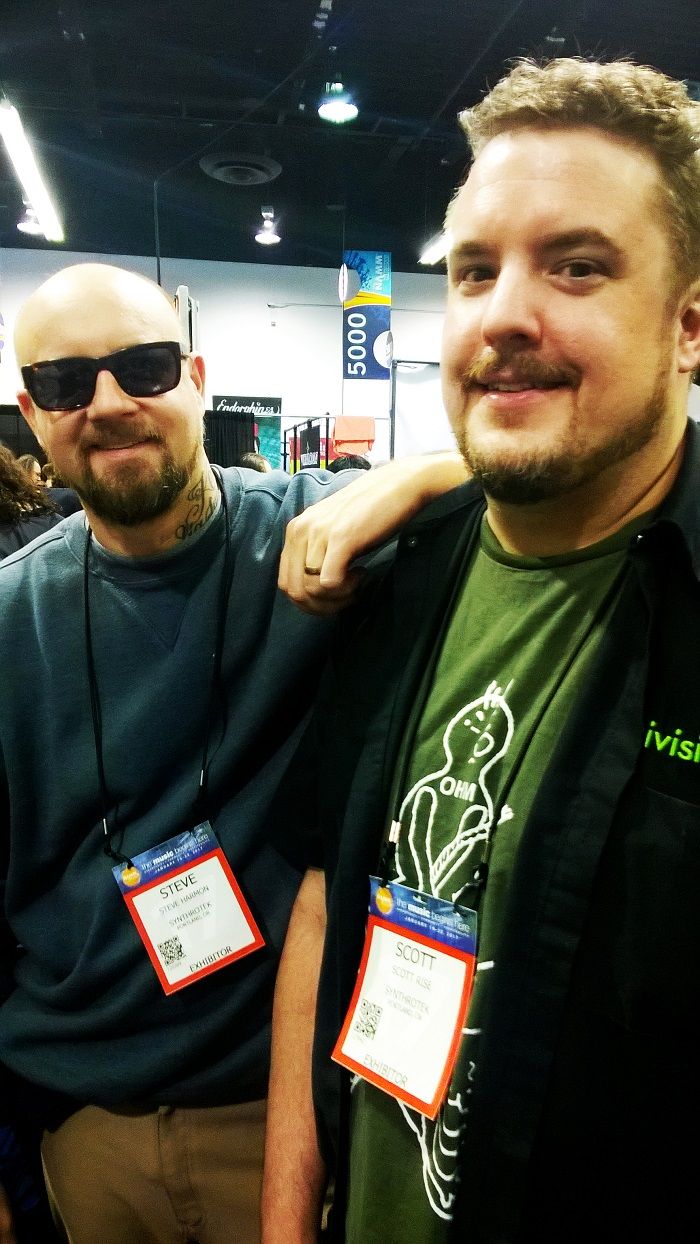 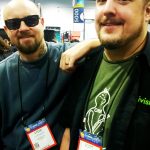 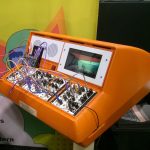 Synthrotek (Steve) & Division 6 (Scott) had a joint stand at the NAMM show.

Optical highlight was a case with integrated speakers and a screen made of an old piece of medical equipment. Unfortunately, it won’t go into batch production. But don’t be sad, there’s lots of other cool stuff that will become available in a few months. 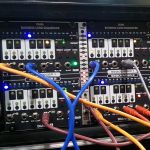 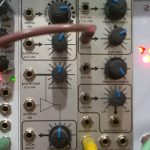 The Division 6 – Dual Business Card Sequencer, for instance, combines two composition tools with up to 16 steps. It emits CV, gate and accent signals, clock and XP connectors make it possible to synchronize the two units with each other as well as other equipment.Filtare SEIII is a multimode filter with low pass, band pass and high pass outputs. Additionally, there is a notch output with variable low and high pass portions. 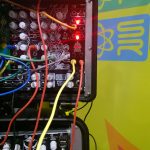 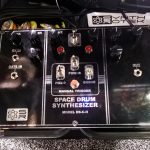 Synthrotek showed the Roboto, a sound manipulation tool based on old voice transformer chips. It is not only meant for vocals, but other audio material as well. The results range from metallic to extremely scruffy. Another new module is the Verb, an effects processor based on several PT2199 chips. It offers thick, atmospheric reverbs with a touch of digital vintage feeling. With the Space Drum Synthesizer, Model DS-C-II, Synthrotek is also preparing a new, standalone drone generator.