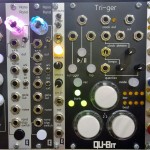 Andrew Ikenberry and his team from QuBit Electronics came up with several new modules, some of which are to hit the streets in a few weeks (in case of the NanoRand) or later this year. Chord module is in planning stage, we’ll see when it ‘ll be ready.
NanoRand features plenty of functions in just 4HP: clock source, s&H, noise generator and random in four different flavours (=algorithms).
Tri-Ger is a a triple manual gate generator with a recording function; squeezing the recording in a bar long sequence which generates a clock that’s tempo is depending on bar length and which can be divided. Tap tempo, quantizing and CV control is aboard as well.
Besides that they have a tiny 2HP AD envelope which can be an oscillator or noise.
Finally, Chord is a sound generator based on a number of triad intervals, with separate outs per note. 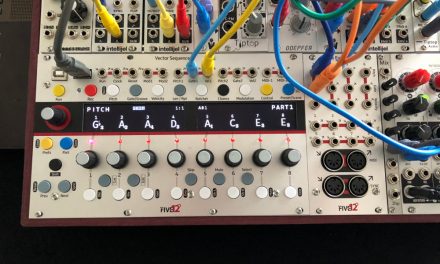 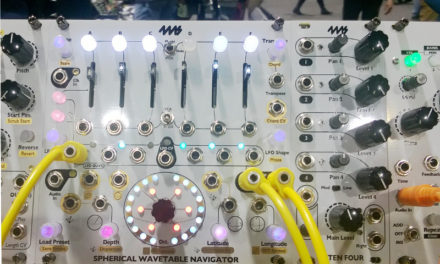