Dieter Doepfer in person has been on Musikmesse introducing their followup model of the Dark Energy called Dark Energy II now ! Its Filter will be a state variable one with a shape-switch then, the price will remain the same, first shipments are expected for summer. 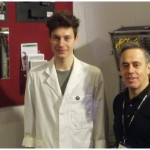 Franz was helping to explain the monstermonstercase (see pic) to the audience in Frankfurt. Because it is a bit more complicated to understand the  uncounted possibilities of such a system, this one will stay in Frankfurt now on display at S-MUSIC, a well known biggest musical instrument store around… b.t.w. there is also one of the rare studio electronics code polysynths on demo and available from stock. 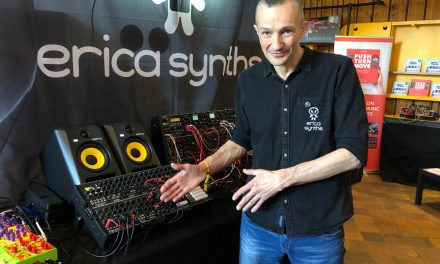 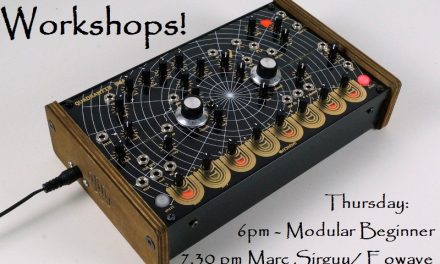