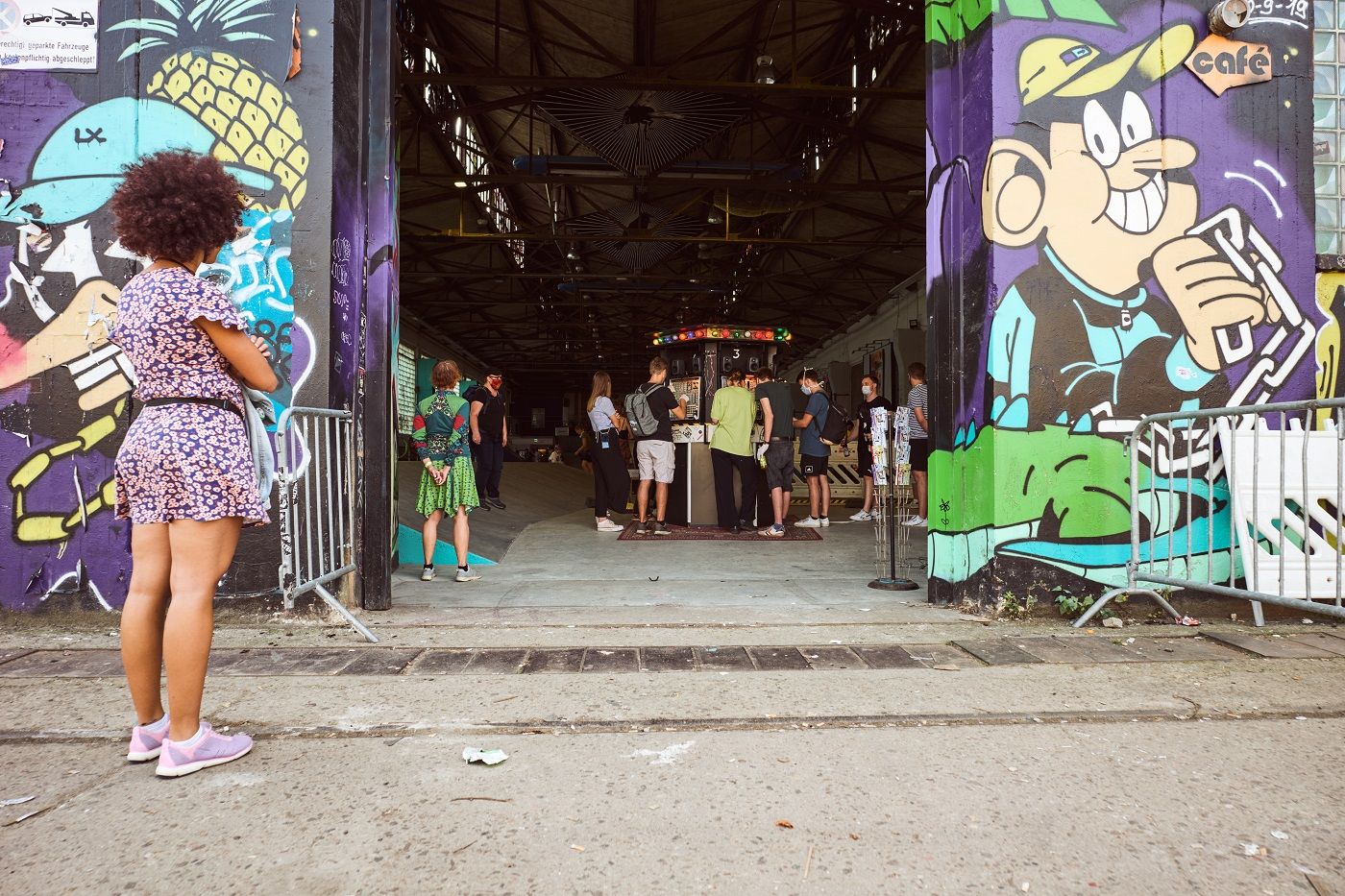 Our „mobile modular“ was on tour during the weekend. On saturday September 12th we joined the “Festival für selbstgebaute Musik” (festival for self-build music) held at RAW estate in Berlin Friedrichshain with our Modular Karussell.

We were located in the entrance area of the skating hall and shared space and sound with each other. The festival melts alternative ideas of creating sounds into urban spaces. Ranging from accoustics to electronics the event was an inspiration not only for kids and adults new to this approach, but also for those already into music and sound creation.

The festival makers decided not to take any entrance fee and had a strong approach to integrate themselves into other cultural projects and initiatives. With its cozy and family-like atmosphere this event is a definite recommendation to anyone interested in music making!
Thanks a lot to all the organisation team around Lea, Hajo and Manu! It was really a pleasure being invited here!