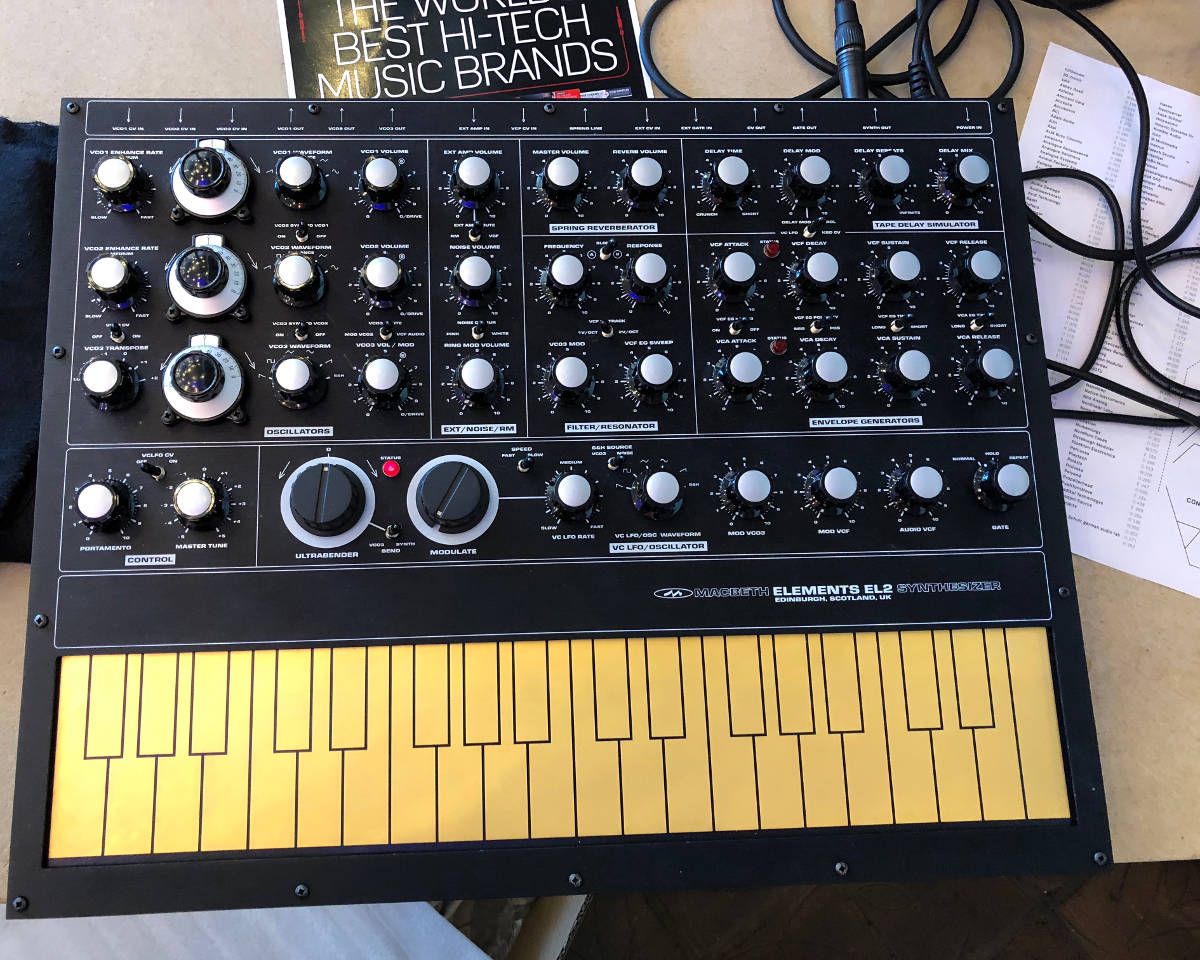 Ken Macbeth’s Elements is one of the most inspiring synthesizers currently available. No matter how hard you detune its oscillators, the results are always musical. The instrument’s basic character comes across creamy and fat at the same time. Thanks to a custom-made metal touch keyboard, the playability is one of a kind. With the Elements EL-2, Ken Macbeth presents a new version of his masterpiece at Superbooth 2018. At first sight, the synthesizer hasn’t changed much. – Besides the color, of course. Sound is generated by three VCOs with varying waveform selection and a white / pink noise source. External signals can be fed to the instrument via an audio input. For processing sounds, the Elements offers a ring modulator and a low-pass filter / resonator with variable edge steepness (-6 dB to -30 dB per octave). – Plus a VCA, of course. Furthermore, the instrument features a tape delay emulation and a spring reverb. In terms of modulators, there are two ADSR envelopes with a loop function and an opulently equipped LFO. The latter can be used as a fourth oscillator as well. The other way round, it is possible to decouple the third VCO from the audio path and use it as a modulator. For PWM sounds, you’ll find a separate, rather simple LFO. Instead of pitch and mod wheels, there are two extremely large, very handy knobs.

So, what is new about the EL-2 version? – Well, there is no MIDI interface anymore. This isn’t a big deal, as the implementation wasn’t that great anyways. No velocity, no aftertouch… You get the idea. – But what about the improvements? Did the old Scotsman f*ck us over? – He didn’t, of course. MIDI was dropped as an effort to implement new features. First of all, there are now separate enhance functions for the first and second VCO. In addition, you can now synchronize the third to the second VCO and / or the second to the first VCO. – The first version of the Elements only offered one synchronization option. Furthermore, a new, way more atmospheric spring reverb has been built-in. On top of that, the three VCOs now have separate outputs at the rear of the unit. And by the way: You still can control the synthesizer externally via CV and gate inputs. Modulations via external control voltages sources are possible as well. 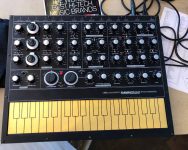 A final thought: The Elements EL-2 is all discrete Through Hole parts. Mr. Macbeth is not a big fan of SMD components.