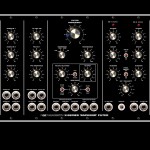 Our old friend Ken Macbeth finally now showed off his new visions of big modulars on the NAMM. After having announced them for our stand in Frankfurt two years ago already I am a bit shy to offer them for pre reservations already, still I would like very much seeing them in Frankfurt also, even if they are just prototypes still – who knows.
And by the way as Ken Macbeth is a good old friend of mine I kindly ask to forgive him, that also the single oscillators for the doepfer compatible 3U systems could not yet come in after having been announced for December 1st. There was problems with the front plates as I heard but these ones will be seen in Frankfurt for sure – I HOPE! 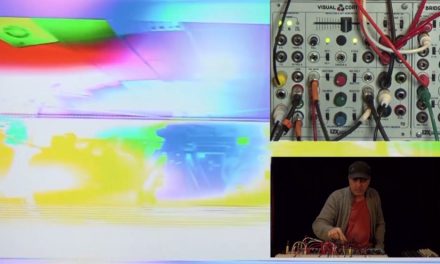