Have a look at Synthposium Moscow 2017 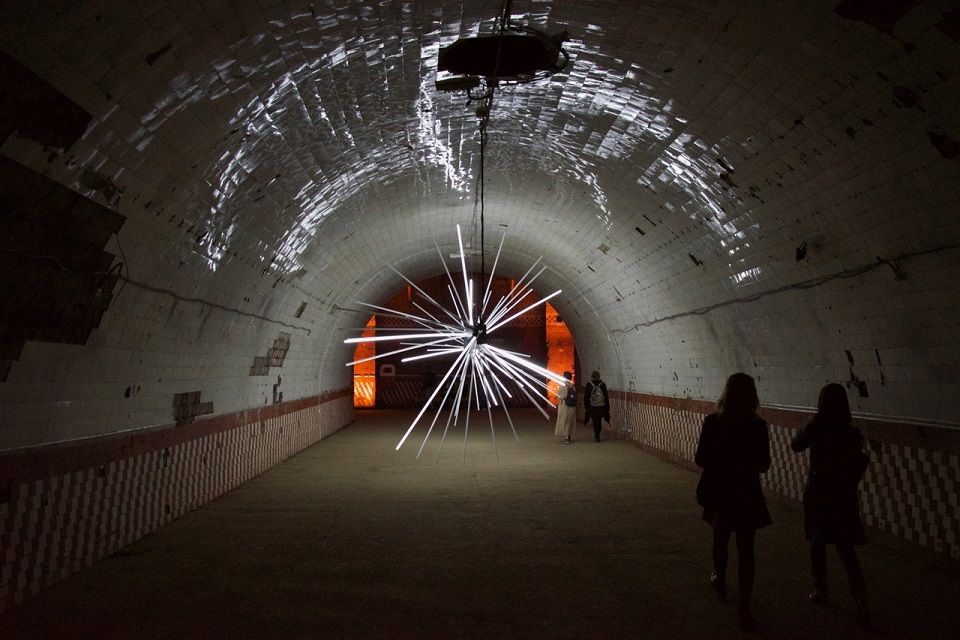 Synthposium is not your average synth-nerd-meet, it is a more a cultural event with a focus on new interdisciplinary culture formed at the junction of electronic music and technology. In 2017 the extended four-day format for Synthposium included a lot of program from 1pm until late in the morning. The organizers created an event that included an exhibition of achievements in music technology, an educational program dedicated to lectures, public talks, and workshops led by international and local experts and engineers. The audience was very mixed when it comes to appearance, gender and age. Many families, some children, many females, many personalities who are not necessarily musicians but have a deeper interest in creative processes and ideas.

However, it was possible to explore new instruments either at the “Expo” or a special room for jamming, the “Pluton”. When it comes to modular synthesizers, many different manufacturers could be discovered. Besides Bastl Instruments, SSSR-Labs, Motovilo, Erica Synths, Dreadbox two modular case manufacturers MDR-Case and DNGR-Tech. Of course, we were also on site, with a Doepfer Monstercase and -base representing Doepfer, Endorphin.es, Flame and other brands to the Russian audience.

The event is spread across some buildings in an old industrial complex where today there are galleries, workshops, catering and a nightclub. And there is a concert room for live concerts and performances. All stages in the Synthposium were very well equipped with nice sound systems and professional equipment for good sound. Most of the event happened on the grounds of an old winery, with the instruments exhibition, three stages, catering, food stands and a very interesting art exhibition in the wine cellars. The art exhibition consisted mainly of visualized light and projection installations.

Three of them were interactive: one with an environment microphone where you could hear yourself and the environment in your headphones – which first seems to be what you hear in everyday life, but with the microphone system you could hear yourself from another place than where you were standing. Another installation consisted of a an audio reproduction that could be controlled by means of approximation and had its own visualization. And the third one was an illuminated square, which allowed you to walk through and produce sounds due to your location.

In regard to music, the program was quite varied. It went from ambient, experimental, electronic music, to what could be described as postpunk. A lot of different artist played at Synthposium, for example Richard Devine, Robert Lowe and Max Cooper.

The audience was very mixed when it comes to appearance, gender and age which gave the event a very pleasant and welcoming atmosphere. Many families, some children, many females, many personalities who are not necessarily musicians but have a deeper interest in creative processes and ideas.