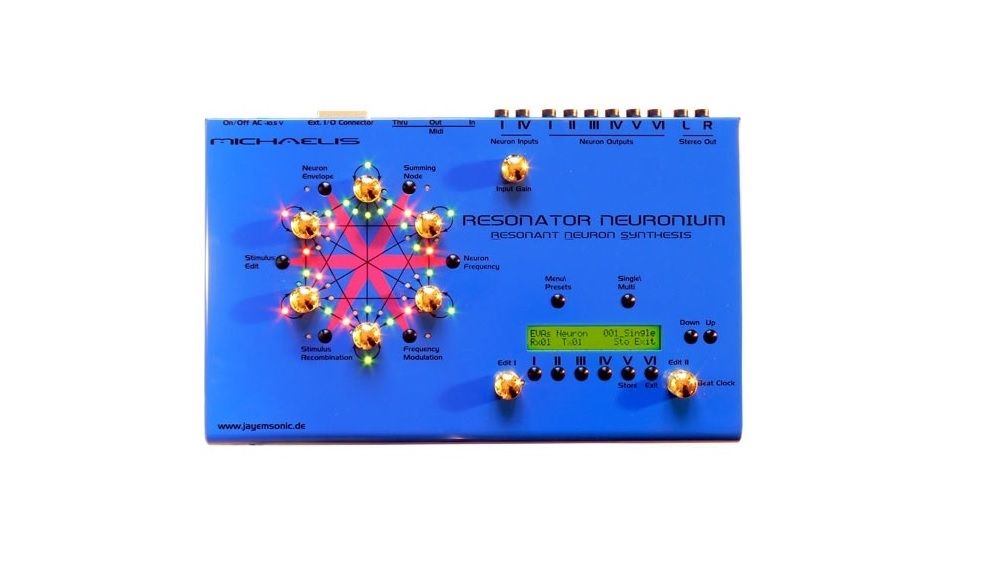 Without Jürgen Michaelis the history of electronic music in Berlin might be a bit different. More than twenty years ago the techno community in Berlin was searching for the perfect kick drum sound (and still is?!). TR 909s were rare and that’s where Jürgen comes into play – he knew how to build a proper analog kick drum and so he did – and with some additions like a sequencer and more instruments, the legendary Jomox Xbase 09 was born!

Right from the beginning the sound of Jomox drum machines was so convincing, that artists like Ricardo Villalobos, Richie Hawtin, Martin Gore, The Prodigy and many many more have been using Jomox machines.

But this workshop will not only be about kick drums – we are looking further into the history of Jomox, where the Resonator Neuronium was an important cornerstone. This was the first realization of a device with Resonant Neuron Synthesis. The new paradigms that formed this machine are named complexity, order from chaos, self organization of complex systems, networking and cooperation. From a certain complexity onwards a system is not only the sum total of its parts but a greater whole which gains totally new attributes than its sub structures.

The world of thoughts, that’s what we think – is the world, because actually everything, our entire perception, the world we believe in the 1400cm^3 brain to see and the processing of the senses goes along with a thought. Even a feeling is born from a thought. The old saying of Descartes – I think, therefore I am – is taken to extremes once again in the context of neuronal sensory research. The mantra of cognitive research: consciousness comes from the brain and is the product of thought processes.

So is the world really just a thought? Quite clearly: No.
But it is fun to listen to the resonance processes of the neurons and experience the power of the cosmic basic forces of resonance and networking directly.

How to find us: