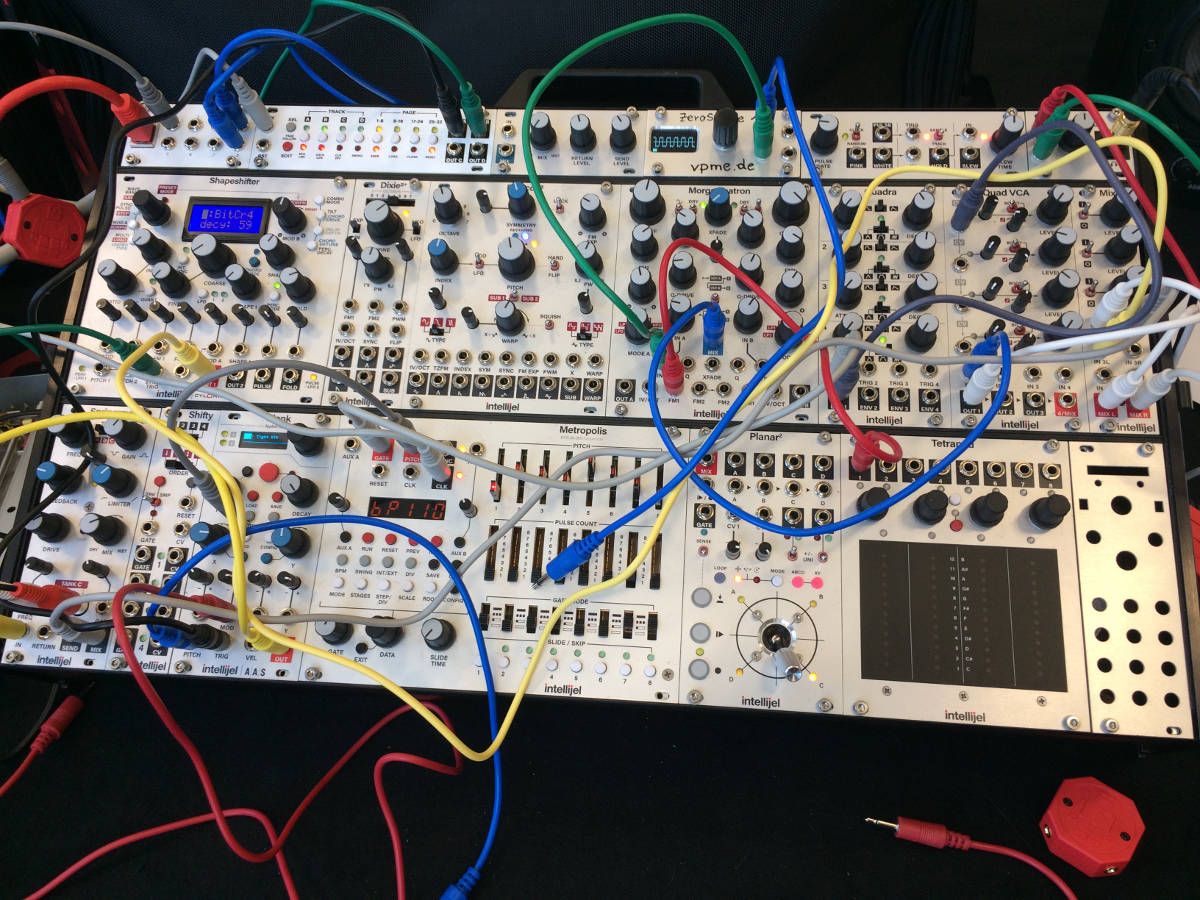 At Superbooth18, Wes and Danjel from Intellijel introduced some additions to their 1U product line. They expanded it with a new module called System Link. It is similar to the doepfer A-180-9 Multicore, to which it is compatible – a balanced link of up to eight audio and cv connections through ethernet cable. 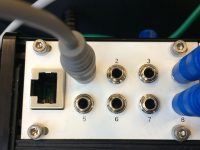 Another addition is a 1U four track gate sequencer. Each track has following options: gate length, clock division, swing and …sequence length!

Now for „big“ news: Intellijel showed the new versions of the Planar and the Rubicon, which were announced already a few months ago.

The most obvious new feature of the Planar2, is the addition of a motion recorder for the joystick. It can be clocked and scrubbed. A gate track can be recorded separately. Under the hood, the analog VCA circuitry has been reworked. Don’t forget that this module is not only a CV Joystick, but also a mixing device, which can be used for vector synthesis, blending the waveforms of one or more oscillators. 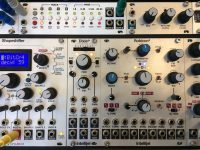 The Rubicon has been totally reworked from its core to improve the tracking. It features three new inputs: Warp, X and Squish, which is a wavefolder circuit. Self-pachting to one of these inputs shows already rewarding sonic results. With the Rubicon2 you will be able to create absolutely clear and „modern“ sounds with unheard timbral shifts.

Planar2 and Rubicon2 will be available soon at SchneidersLaden!