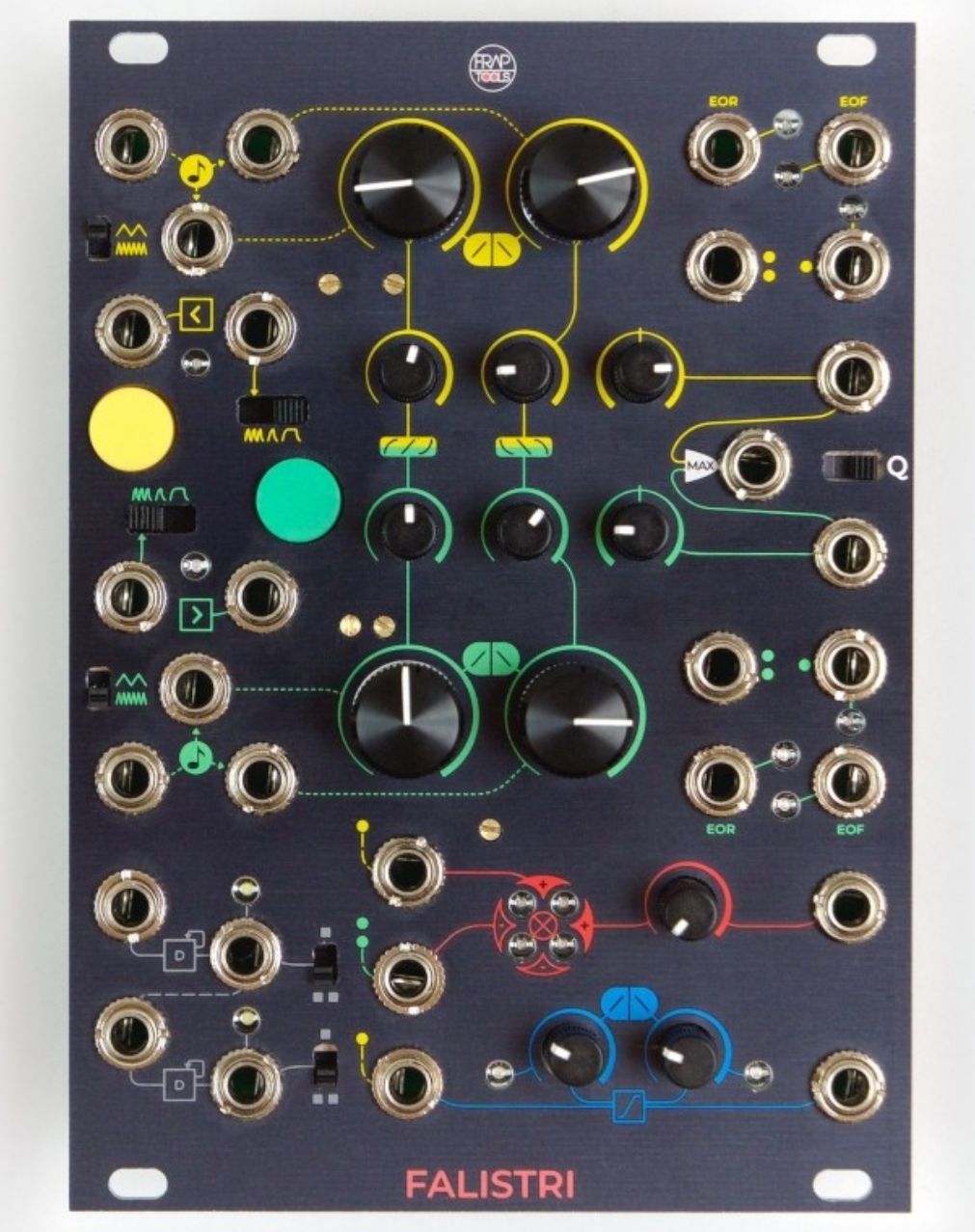 Frap Tools – an Italian manufacturer very dear to our hearts has finally finished the Falistri. And it is already available!

Also called “movement manager”. Ok…these are both not really telling names! So what is it?

Falistri is a fully featured, nicely structured dual envelope generator / (low frequency) oscillator featuring a ringmodulator for combining any of its multitude of outputs plus a flip-flop / clock divider for generating more complex patterns.

It definitely is a strong competitor to another module with a confusing name – the Makenoise Maths. Fully featured means that it has – unlike the Maths – uni- and bipolar outputs, as well as end of rise (EOR) and end of fall (EOF) outputs readily available. Per stage!

Another big feature is the mentioned ringmodulator / vca for mixing any two of the many outs. But the really big thing is that you can alter the shape of the envelopes independently of the overall time! That is a feature rarely seen and mostly done digital. The Falistri however is analog through and through. No DSPs here. Also the flip-flop is (just) CMOS based.

Even given this rough description, we guess you can see the potential of this module and its myriads of possible patching applications!