A eurorack legend is back – The Frequensteiner 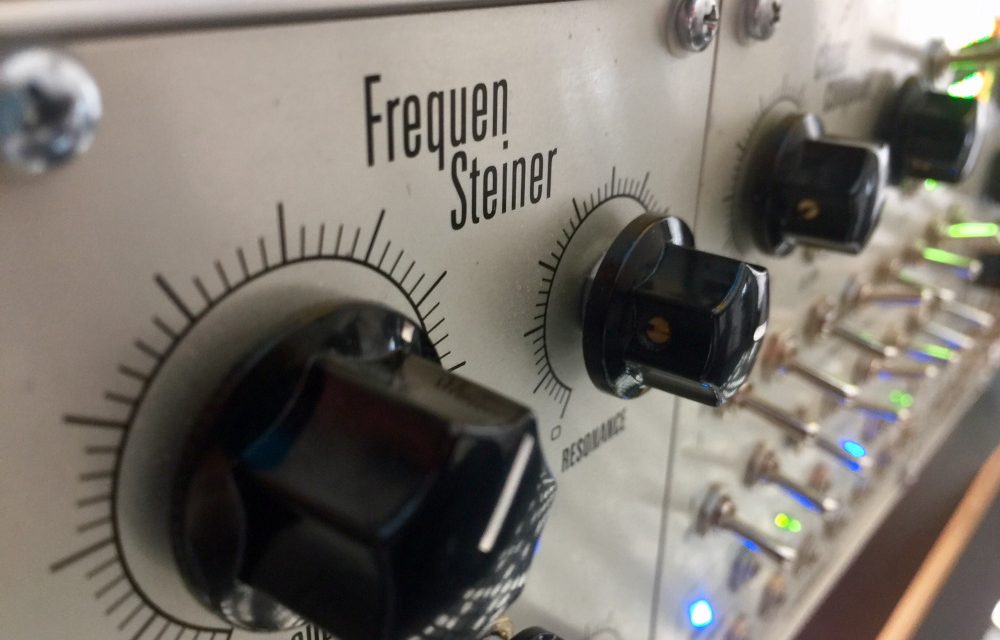 Pure acid, liquid resonance and lots of character – these are some of the attributes the Livewire Frequensteiner can be described with and it is a living legend – not often available and owners tend to hold on to these modules. BUT SchneidersLaden will get some of these special filters soon – so all you have to do is to head over to schneidersladen.com to pre-order.

The Frequensteiner has a unique sound especially the band-pass mode is known to impress. It has a liquid resonance that has not been found in any other eurorack filter so far – a truly unmatched sound with lots of fans around the world. Its origins lie in the Steiner Parker Synthasystem and it is a little diva, but those who have played and heard the FrequenSteiner will understand why this filter has such a legendary status – the overall sound, the juicy resonance and its unbelievable character.

On it’s way to us – the living legend – Livewire FrequenSteiner! This classic filter brought the Steiner-Parker SynthaSystem sound to eurorack and despite its age of more than ten years is still a favorite for many. We expect a rare delivery of these modules within the next days! Get yours fast! #livewire #frequensteiner #bestbandpass #liquidresonance #eurorack #schneidersladen #electronicmusic #acid