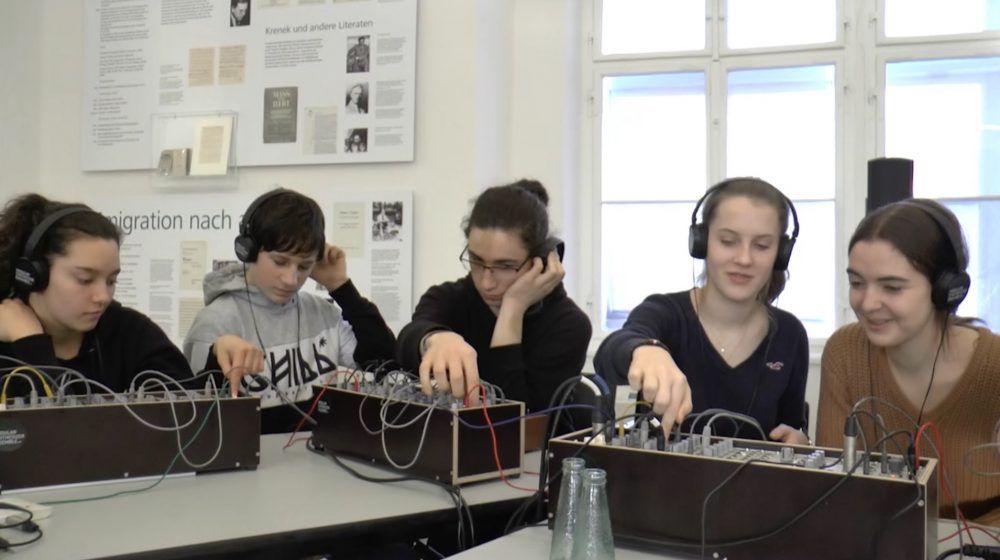 The Modular Synthesizer Ensemble has become an integral part of Superbooth Berlin. After the successful cooperation of the previous years. Gammon with his ensemble of 12 individual modular synthesizers is again part of the program. Organizer Andreas Schneider is looking forward to Gammon’s renewed participation at SUPERBOOTH19: “Gammon’s Modular Synthesizer Ensemble has always been a great fit for us. This year in particular we have a lot to gain from his participation, because our focus this year, and especially on Saturday, is on education. That is also the reason why Gammon is even more frequently represented in the program.”

On Educational Saturday he looks after several groups of pupils and students in shorter workshops with the synthesizers. On Thursday and Friday Gammon and the participating students will meet at 9 am in the foyer of the FEZ to get to know each other and the instruments. For about four hours they work together on a performance with the 12 modular synthesizers of the ensemble. The finale is the live performance at 1:30 p.m. at which the previously worked out and rehearsed performance is presented live. Here is an example of the Modular Synthesizer Ensemble at Ernst Krenek Forum.

The synthesizers that Gammon brings with him demonstrate the versatility of modular synthesis. All twelve instruments have a different emphasis on tonal, interactive and rhythmic possibilities. A nice example of this can be seen in the following video. It shows how one of the systems used in the project can deliver complex rhythmic and tonal results with simple means.

Last years performance by the Modular Synthesizer Ensemble has been recorded. Enjoy the video to the composition that the children and Gammon put together in a few hours of rehearsal.

SUPERBOOTH19 will take place from 9-11 May at FEZ Berlin. The fair for electronic musical instruments shows products of more than 250 international exhibitors. In addition, the programme of the event offers more than 30 concerts and performances per day, as well as the possibility to attend one or more of the many workshops.