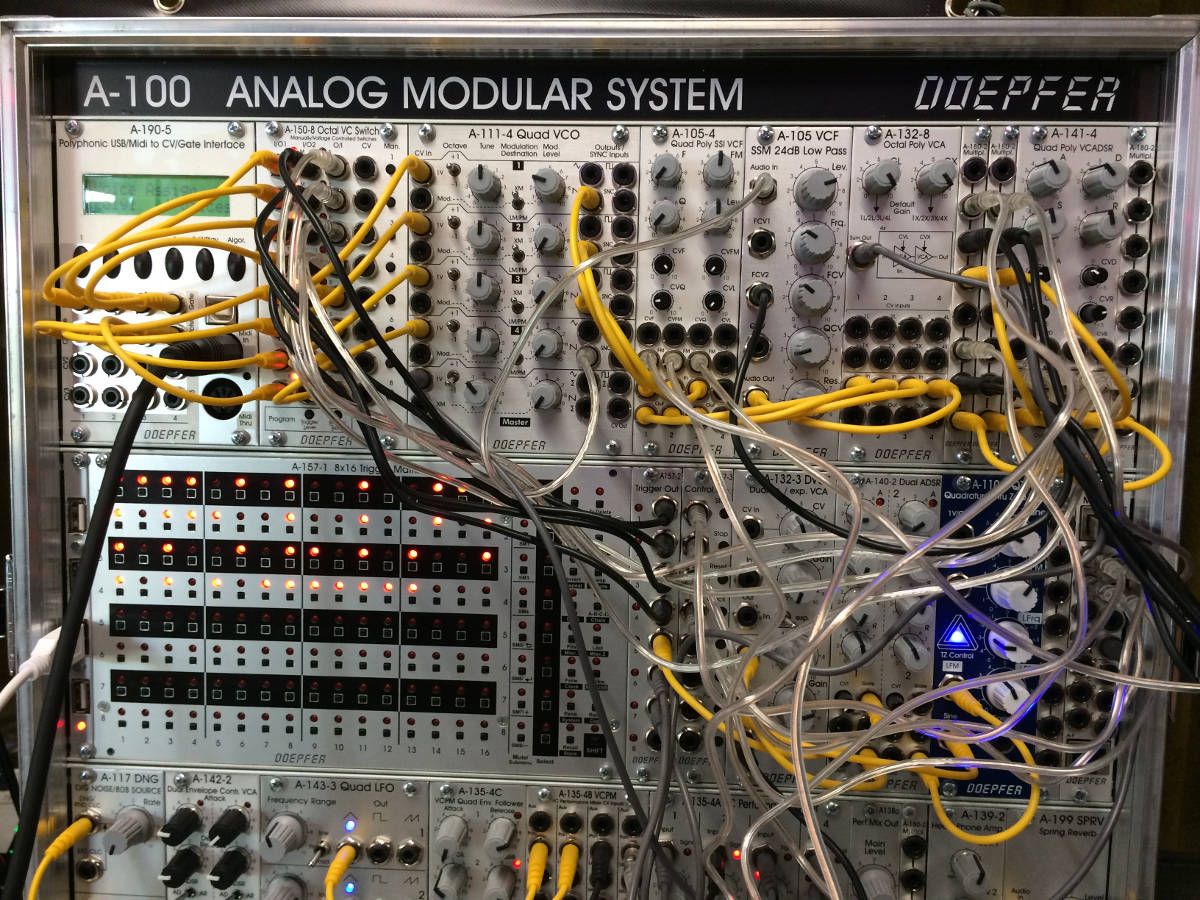 At Superbooth 2018, Dieter Doepfer introduced new “quad” modules made for polyphonic use. 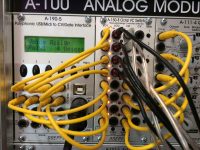 The A-190-5 is a new polyphonic MIDI/USB-CV/Gate interface. For each voice a pitch control voltage (1V/octave standard to control VCOs), a gate output (to control envelope generators) and two additional control voltages (CV2, CV3) are available. The two additional CV outputs can be controlled by Midi velocity, volume, modulation, pitch bend, after touch or free assignable Midi controllers. 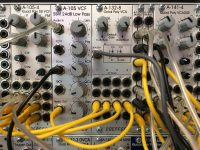 A-111-4 Quad VCO contains four precision VCOs and has individual controls, inputs and outputs for each VCO available as well as a common control and output unit. After all the A-111-4 is very similar to four A-111-3 without LFO mode but built in output mixers for the three waveforms, and a master unit for all four VCOs.

A-105-4 is Doepfer’s first polyphonic filter and contains four identical 24dB Lowpass filters (SSM2044 type). It has available common manual controls and CV inputs with attenuators for these parameters.

A-132-8 is an octal VCA and primarily planned for polyphonic applications. The module contains four VCA pairs. Each pair includes two daisy-chained VCAs. One VCA has a linear control scale, for the second VCA linear or exponential control scale can be chosen by means of jumpers. We decided to provide two VCAs for each voice because usually one VCA is required for loudness envelope and a second one for velocity (or other functions like individual voltage-controlled loudness of each voice, amplitude modulation and so on).

Doepfer also introduced a few other modules with interesting features.

A-123-2 is a voltage controlled highpass filter with four filter outputs (6, 12, 18 and 24dB slope). It also features voltage control of the resonance.

A-157-4 is an expansion for the A-157 Trigger Sequencer and adds a MIDI/USB/Control-Outputs Option.