Berlin Atonal 2017 – a look at the Modular Schaltzentrale 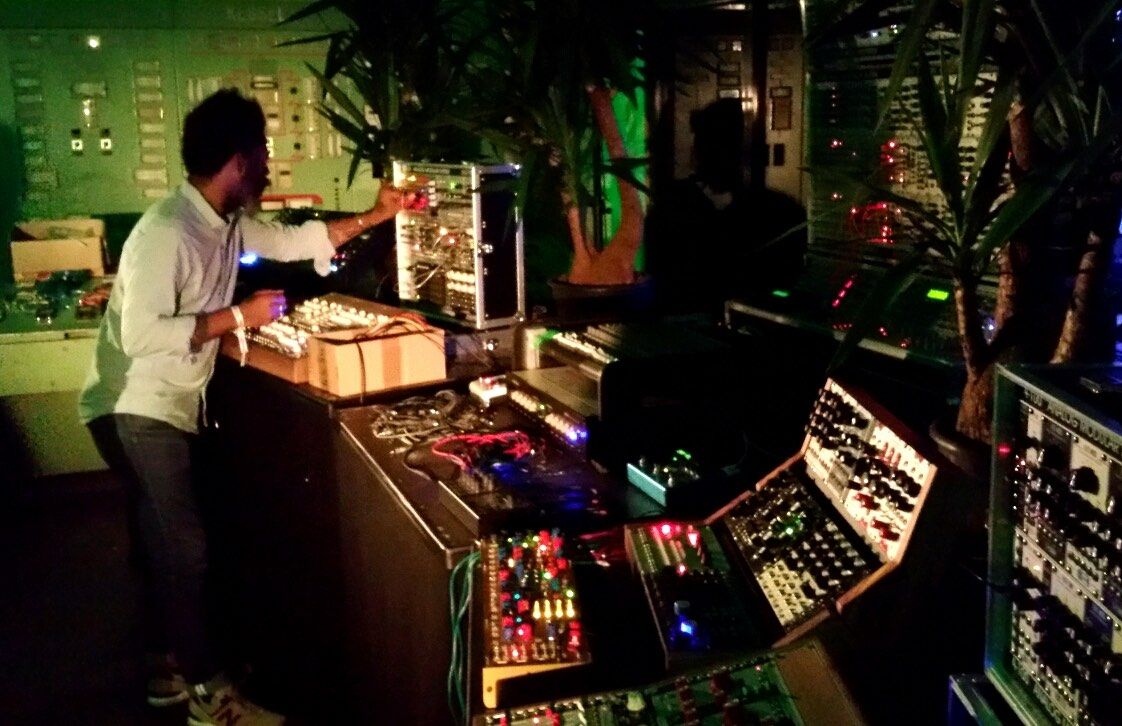 A week ago the Atonal festival closed its doors for this years edition of the festival. The Kraftwerk has proven again that it is the ideal venue for this type of event. The former control room of the heating and power station that this venue has been before was transformed into modular synthesizer playground again. The Modular Schaltzentrale was hosted by SchneidersLaden and Alex4 and equipped with a large number of modular synthesizers.

This is the third year in a row that we are part of this outstanding festival and we are very much looking forward to it. In fact we are bringing every demo system we have at  SchneidersLaden.

There was a whole bunch of stuff in the control room:

Demo systems from: ACL, AJH, Doepfer, E-RM, Endorphin.es, Verbos Electronics, Vermona and Frap Tools with modules by Audio Damage, TouellSkouarn, Birdkids. In order not to fall out of the Atonal Drone concept, we would like to thank Vermona, who have made their Dual Spring Reverb available for us. SchneidersLaden also had a colourful mix of modules in the Verleihsystem Doepfer P9 and a Make Noise Shared System in noble black with most of their unique modules. And there was the “Doepfer wall”, patched for all the blinkenlights fetishists. The eye is listening too! 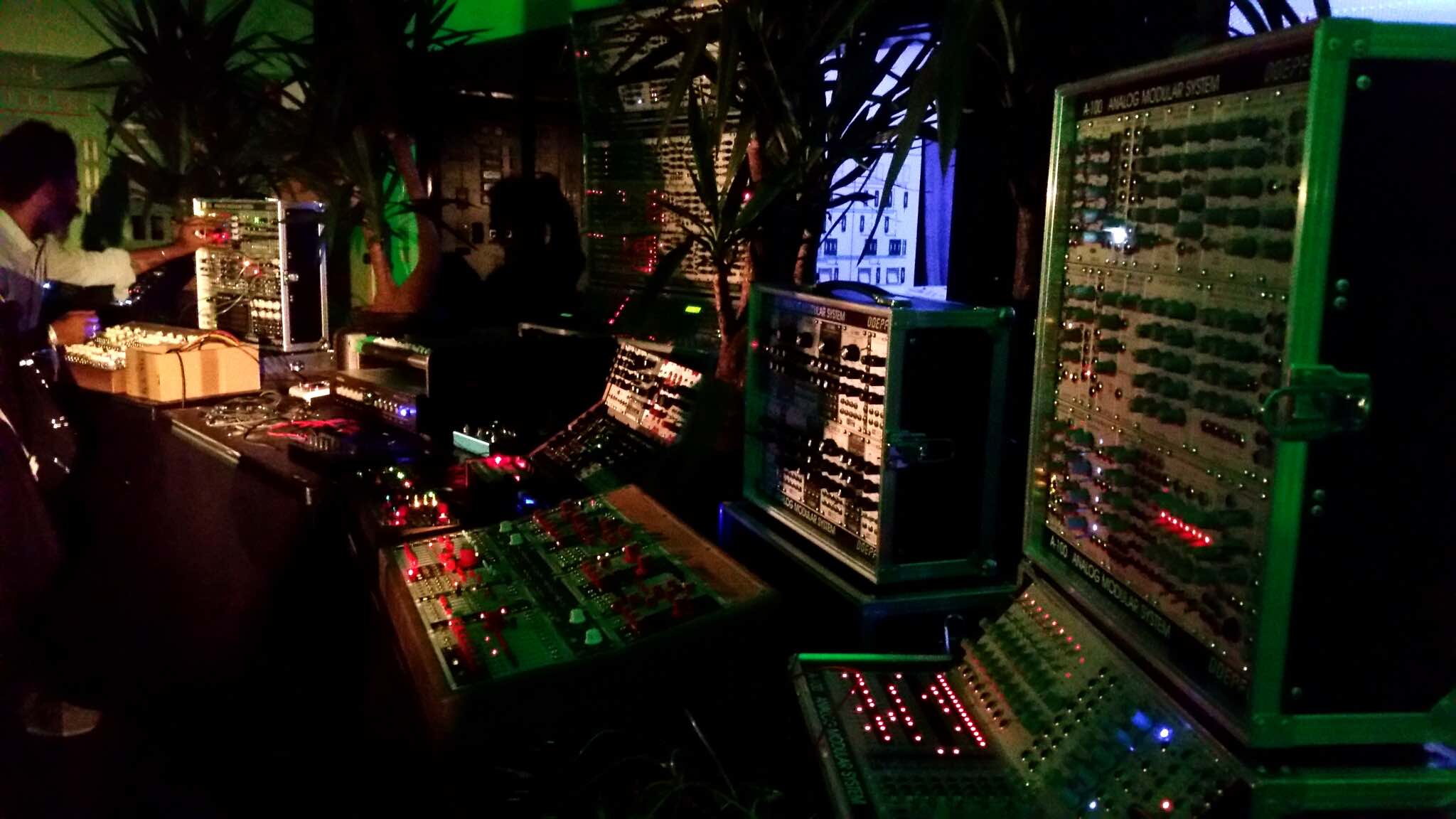 The modulation never stopped from Wednesday to Sunday. The Schaltzentrale opened its doors from 8pm to between 0.30am and 2am. The room has been super atmospheric again, this time there were mainly cushions to sit down, listen and relax. These cushions were always full and people spend a lot of time in the room, many stayed for hours.

Wednesday was true to the motto: SchneidersLaden. ZV_K ( Konstantin & Jessica )and Miquel from SchneidersLaden, brought their own modular systems and performed throughout the night. They played well prepared sets and enjoyed to play at this special venue for a very interested and open audience. On Thursday, Robert Lowe improvised freely and earned our respect again by playing without a safety net or a double floor for about four hours, although he only planned to play for one hour. He worked without any modules of his own and created some wonderful ambient music. All those who comfortably fell asleep on the cushions, listening to the beautiful live ambient music, were then shaken up by Mark Verbos. Like last year, he played some rough industrial techno, this time even slower and more intense than last year. And as in 2016, Mark invited some guests to play along with him: Thomas Kircher, Ashley Puente and Patrick Detampel accompanied  him after some time of playing solo. So there were 2 Verbos systems, a Vermona system and a Doepfer system, which were nice in sync to the E-RM Multiclock. The music developed to drone techno, keeping all guests awake and moving their feet. 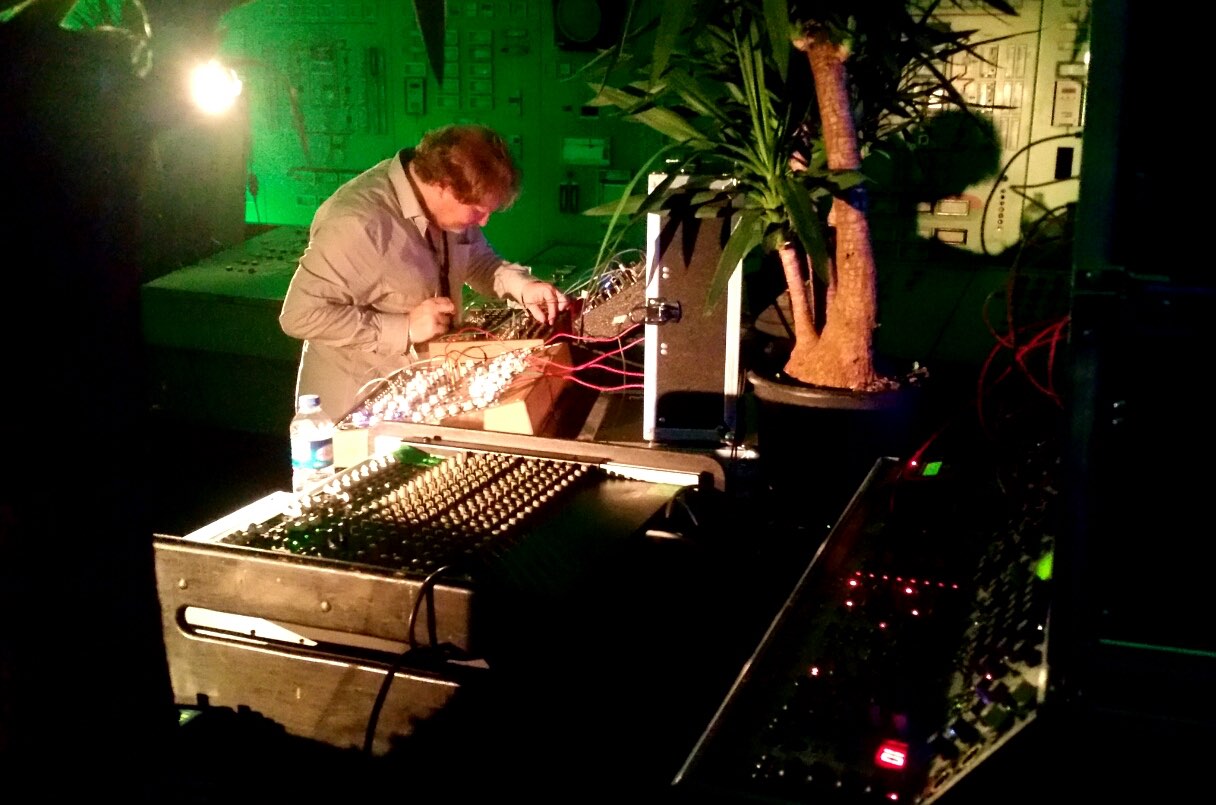 On Friday a nice gentleman actually patched alone for four hours: David Morley. The music could be described as rather classic electronic music. What was remarkable, however, was the fact that David didn’t have his own synth with him and never played with a Eurorack system before. He has a lot of experience with Moog, ARP and Buchla though, so he soon felt comfortable with the other high quality synthesizers at the Schaltzentrale. David Morley used almost all the systems we brought and the atmosphere was really nice. On Saturday there was Driftmachine. The plan was to play a one hour Dirftmachine show, two hours bridging with Camilo Ocampo and then another hour of Driftmachine. The truth was, almost two hours of Driftmachine, followed by a good hour of Camilo Ocampo, followed by another two hours of Driftmachine. The two of them had too much fun to be bothered with any timetable and everyone in the room was happy to listen. Driftmachine had a lot of gear with them, including analog modular visuals and video feedback. Also the VJ did a really good job! On Sunday Sigha made his third appearance at the Schaltzentrale and played for four hours. One highlight of the whole festival was Laurens von Oswald joining Sigha after about three hours, they played together for almost an hour. From 1am Thomas Kircher from SchneiderLaden joined Sigha – they created a very nice „Outro“ for the night.

All in all, the Modular Schaltzentrale was a huge success again. This year you had to wait in line at the entrance to Schaltzentrale due to the high number of people who wanted to join this otherworldly experience.