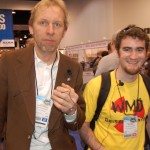 Roger Cordell alias Big city music had a smaller stand upstairs that was totally crowded with stuff from our friends from jomox, sherman, Eric Barbour, Eowave, the surfin step sequencer, the tetra sequencer, racks with analogue systems only, several mellotrones, a lot of stomp boxes and interesting small stuff. With all those manufacturers standing in front of their units it was totally crowded mostly but a bit lost in between all those software sellers next to them.
Here we met the symphatic young guys of WMD alias William Matthewson, Eric Barbour, many friends from europe and the inventor of the 4ms modules and pedals called Dann Green. Definitely we will go with them soon after such a symphatic chat we had there. 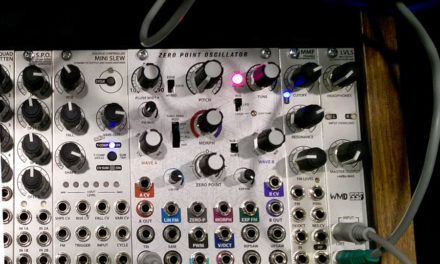