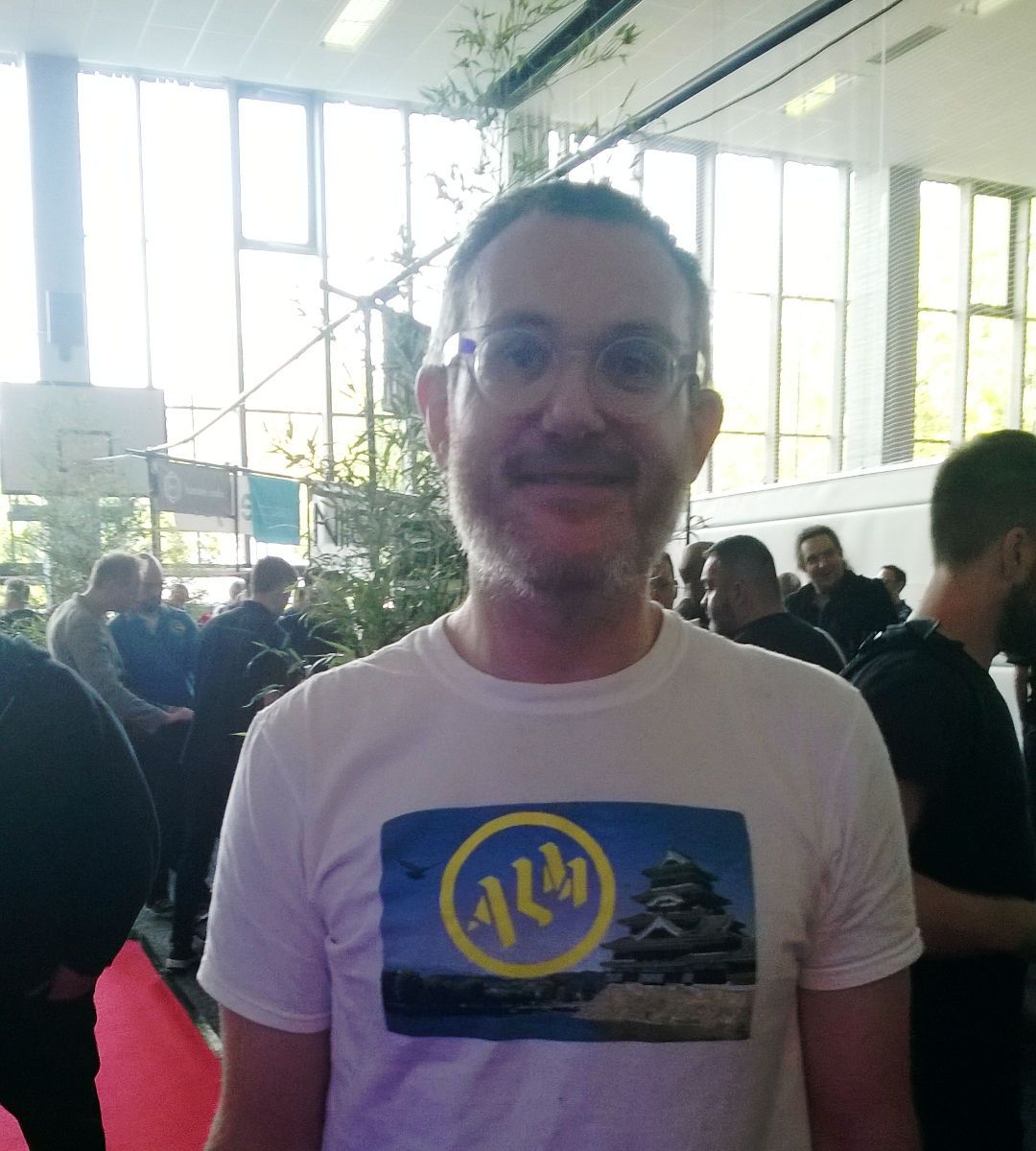 Big hello from Mr Matthew Allum at Superbooth18 . The man behind  ALM Busy Circuits introduces four new modules which all should come up this year.

First module coming out very soon this spring – it will be a little 2 HP headphone output called HPO with minijack out. The price should be very affordable.

The other three modules are still prototypes and kind of work in progress.

The second one is a 6 HP Digital VCO called M-DCO including eight wavetypes with diffrent shapes. It features a sub out and a post wave modulation. The pulse output is inspired by the juno synth pulse modulation and sounds very musical, from nasal to brachial in a very tasty way.

Price should be moderate as well and the module should come out this summer.

The third one is the Quaid Megaslope. 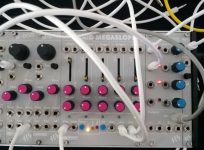 A multistage envelope generator with five stages  – which can also be used as Lfo and Step sequenzer similar to the Pipslope .

The Level fader can be also used for pitch control and slope – could be used to control the time also cv controlable  – In Loop Mode the  sustain control change the slope from linear to logaritmics. Another update planed will be a dc retrigger .

It will probably be available in around three months – the price is still unclear.

The last one will be a sampler with eight input trigger and it can hold 100 Banks with eight sounds each. 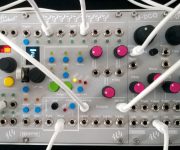 The output will be mixed in pairs 1-2 / 3-4 / 5-6 /7-8 or a mix output and the samples can be loaded with a normal usb stick or directly record and asign it in the Audio In section.

Of course, it will be possible to pitch & stretch the samples via cv with the assign inputs and choosing the sample over the little screen –the last three can be also pitched directly on the surface.

Also a individual working reverse function is available and start end end will be cv controlable as well and the rate function will change the rate  from 44  to 22 or 11 Hz while quality can be changed from 1 to 16 bit to go from totally destruction to high fidelity – further updates like a delay function are planed but have not been included yet.

It should come out at the end of summer and will be under 500€.