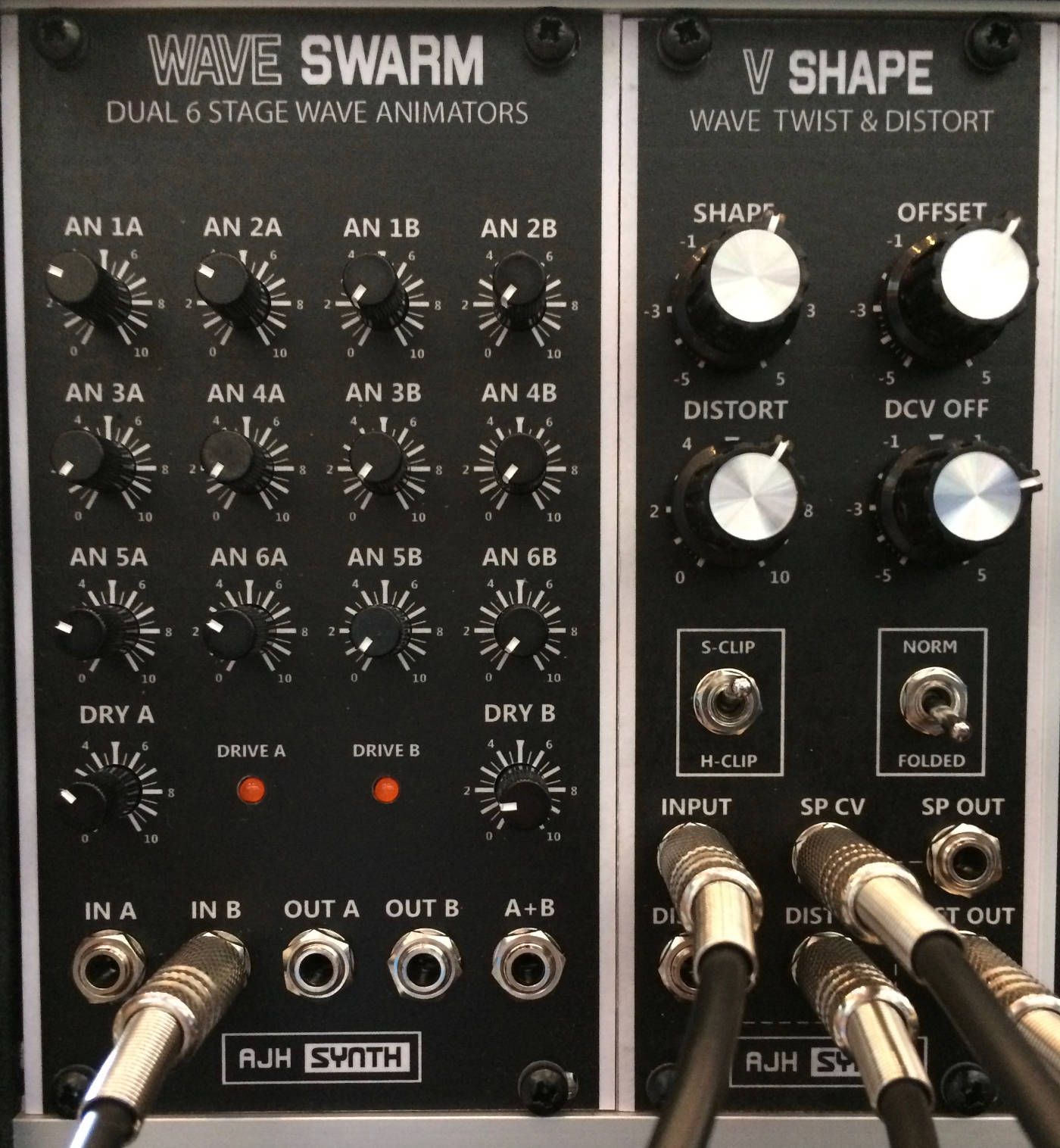 It will take a simple sawtooth wave to six or twelve simultaneous sawtooth waves and give you very big sound out of only one oscillator. Both channels feature a Dry knob to blend the original signal with the wet signal. The volume of each of the twelve wave animator is controlled by a potentiometer so you can precisely adjust the sound.

It features two inputs, two outputs and a mix output, which gives you a mix of both channels. So for example you can feed a triangle to A, a sawtooth to B and take the sum of both channels at the mix out.

Another new module from AJH Synth is the V Shape. It gives you an amazing wave-shaper featuring a distortion and a wave-folder.

The shape potentiometer will make it possible to morph from a sawtooth to triangle, to a ramp waveform. Additionally there is an integrated distortion you can use independently thanks to separate inputs and outputs. It features CV over drive.

There is also an integrated wave-folder which you can turn on and off to further shape the sound. On top of that you can choose between soft and hard clipping with a switch.

With this module you will be able to twist and distort the incoming signal in many ways.